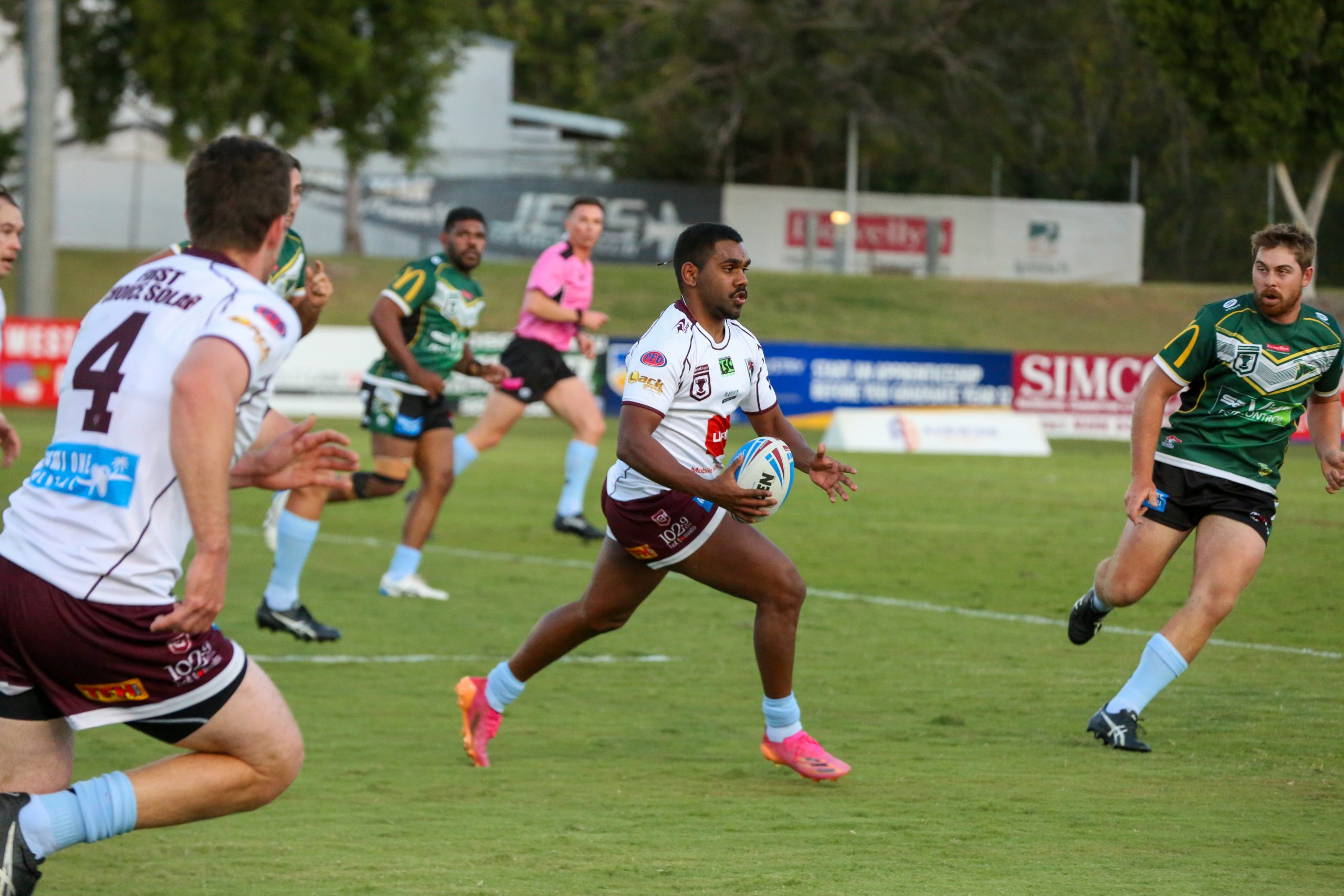 Bears too strong for Jets in high-scoring affair

It wasn’t a game for the defensive purist at North Ipswich Reserve, with 70 points scored there was plenty of attack.

Burleigh Bears continued their domination over the Ipswich Jets, winning 11 of the last 12 and the last six in a row over the Jets.

The Bears got the carnage started with a penalty and went deep in to Jets territory; the Bears went right and after a settler by Jeff Lynch, they went back to the left and Bears halves Josh Rogers and Shallin Fuller combined to put second rower Dylan Kelly over for try number two this season.

Nat Neale thought he had inspired his Jets as he crashed over, but the ball came loose and the Jets were made to defend the Bears attack again.

The Bears went down the other end and Fuller rolled it through, but the ball was retrieved by Denzel Burns, who seemed to have found some space until the ball was forced out and the Bears pounced and ran in their second try through Curtis Dansey-Smaller. They had a 10-0 lead.

The Jets couldn’t find the 10-metre mark from the kick-off and with the additional set, the Bears attacked at the Jets righthand side and Rogers was pulling the strings on the left, putting Sami Sauiluma across for try 47 in his Intrust Super Cup career.

The Bears well and truly had their hand in the honey pot at 16-0 after 11 minutes.

Bears magical half Fuller was full of tricks when he grubbered through and the Jets got confused at the back and he jumped on his chance to ground his own kick. The Bears had a comprehensive 22-0 lead after 15 minutes.

It took 34 minutes for Ipswich to put a dent in the Bears and it was Gerome Burns scoring after Todd White went deep into the line and then went right for Burns to put a kick through that came back to him amongst all the arms and legs for him to run around and score. Burns converted his own try and the Bears led 22-6.

The Bears weren’t happy to settle with 22-6 and it was Fuller again with the long pass to Andre Niko who got his way over in the left corner with his sixth try in eight games in 2021.

The Bears started the second half by beating down the Jets’ front door; Api Noema-Matenga wasn’t going to let his fellow hyphenated Bear Dansey-Smaller score all the tries and he charged through the Jets middle to give the Bears a 34-6 lead after 48 minutes.

The Jets got their second half moving with a try to Denzel Burns off a neat little kick that saw the Ipswich winger ground the ball for his first try this season.

It was back-to-back tries for the Jets when Jayden Connors went to the right and saw the space behind the line and chipped and re-gathered to score his 19th career try for the Jets.

At 34-16 after 55 minutes, the Jets were finishing with the embers of a comeback burning.

The Bears fullback and prolific try scorer Kurtis Rowe came back to haunt the Jets and add to the three tries he scored in 2019 with his first try against the Jets since that win. The Bears led 38-16 with 20 minutes to play.

When the Bears attacked the Jets’ righthand side again it was a wayward pass that found the flying Jets winger Denzel Burns, who scorched down the sideline to run 100 metres and record his second try.

Burleigh were trying out all the tricks and this one came off when they ran it on the fifth until Guy Hamilton ran into a cul-de-sac, chipped ahead for Rowe to offload for Andre Niko to score his second try and give the Bears the 44-20 lead.

The guy running the scoreboard will need next week off after putting up another try as the Jets clawed back another six points with a try under the posts to Burns.

With four tries from Gerome Burns and Denzel Burns, the Jets needed a fire blanket.

The Bears had their 11th win of the year and geared up nicely for finals with a 44-26 win.