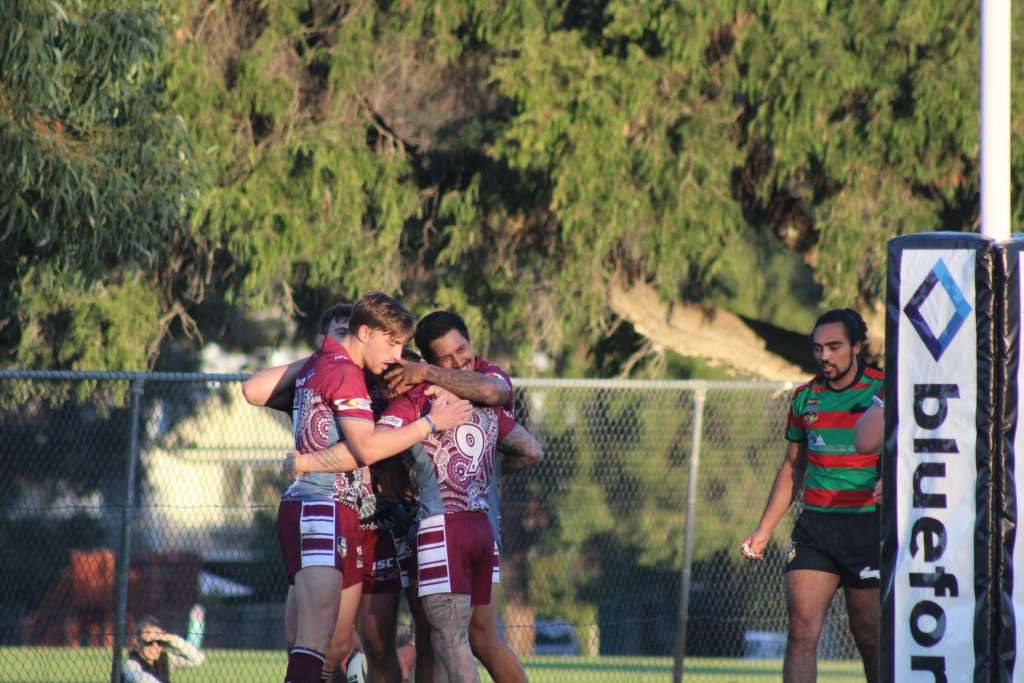 Fuel to Go & Play Men’s Premiership
The Consolidated Energy Key Game this week sees a Friday night match with the red hot North Beach Sea Eagles hosting their 70th anniversary celebrations against the Joondalup Giants. The Sea Eagles, barring a catastrophic loss, have the minor premiership wrapped up, while the Giants will be looking for a big performance heading into next weeks do or die semi final against the Roosters. The Giants will be sweating on numerous injury problems and availability, while hoping to settle their spine and come out with a tough performance. Gus Marshall will need to control affairs with his kicking game, while Jeremy Browne will need to bring his impressive running game back to threaten with the ball. For the Sea Eagles, they will look to settle their roster and show the old boys they can play tough as well, with Bowman Stein looking to improve on his already impressive season.

And at Ken Allen Field, the Fremantle Roosters will look to secure a home final, and say goodbye to their home ground in style next week rather than this one, as they take on the hurting Rockingham Sharks. The Sharks will be looking for the finish line this year, in a year that has been hurt with injury and players leaving along with availability because of work. The Roosters however will be looking to get their systems in place and their timings done, as they look on to a elimination final with the Giants. Delane Edwards will want a polished performance from the erratic Roosters to give them the confidence moving into next week.

All Flags Signs & Banners Women’s Rugby League Premiership
In the Cash Converters Game of the round, the North Beach Sea Eagles will now face a big test, with the powerhouse Ellenbrook Rabbitohs in front of them and a spot in the semi finals on the line. Led by dynamic ball runner Tamika Jones, and the ever assured presence of Donna Huinga, they will need big games from the supporting cast as well this week, With recruit Makaylah Savage yet to stamp her game with the Sea Eagles team, she could really prove a big difference. While the Rabbitohs will be looking for another big statement game this weekend, with eyes firmly set on another big showdown with competition leaders Joondalup Giants in week one of the finals. Youngsters Lillee Wearing and Hineriu Thompson will be looking to mortgage a spot in the starting side, with the Rabbitohs strong all over the field.

And down at The Kwinana Local Stadium, the South Perth Lions will get to play the Kalamunda Bulldogs, in the final match before the start of the finals series, and they will look to fix up certain parts of their game. With ball control and winning the battle priorities, they will need to be not so wasteful near the line and burning tackles with one out hit ups. Michaela Turner-Wallace really needs to take ownership from dummy half, while young halves pairing of Tairea and Tanonef need to take control. For Kalamunda, its a final chance to show up and run around with their team mates. Expect some serious offloading and ball movement, as they look to continue to upset South Perths rhythm.

And in the final match of the round, the Joondalup Giants take the long trip down the motorway to take on the finals hopefuls the Rockingham Sharks. It is a massive game for the Sharks, who while they were completely outclassed last week, have been the seasons great improvers and probably deserve to be there come finals time. But the Giants won’t hand them a place, and in a wierd twist of fate, it may come down to for and against. Look for the experienced Xanthe Grey be called upon to lead the Sharks around with her kicking game, while the Sharks forward pack will be asked for a big effort. For the Giants, they will have one eye on next week, with this game a chance to get their combinations right. They welcomed back gun player Lana Hawkings back in the fold, and the chance to get more minutes on the field will be invaluable.