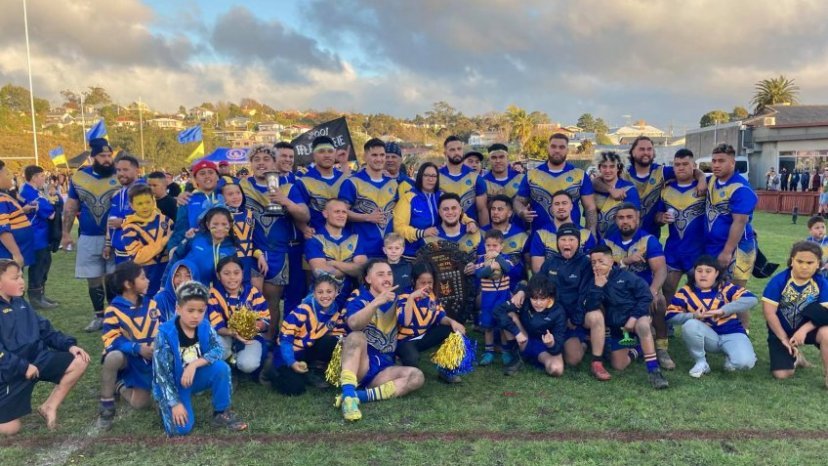 A try to winger Preston Collins in the final minutes of the game has seen Turangawaewae successfully defend their Waikato Rugby League Premiership title in Saturday’s Grand Final at Davies Park in Huntly.

Trailing 18 – 10 at halftime, the defending Champions clawed their way back against a determined Taniwharau side to trail 18 – 20 in the 77th minute of the match. Collecting the ball from the restart and knowing they only had one play left, Turangawaewae threw everything to chance creating an opportunity for centre and Man of the Match winner, Taylor Leef, to create a break before offloading to Collins to score with only a minute left on the clock.

Commenting after the match Turangawaewae co-captain Mikaere Beattie said “I just want to take my hat off to Taniwharau we had to work hard for that game. It’s been like that all season and we knew it was going to be like that. To my boys stay humble in victory and defeat, we were lucky to get the victory.”

Taniwharau Premier captain Mahinga Rangi said, “I’d just like to thank Turangawaewae, not only the Premiers but also the Reserves and U17 teams as well. I’ve got to give a big mihi to our supports, much love to you all whānau and I promise you we gave our best out on the field.”

In the other matches played, Turangawaewae also defeated Taniwharau in Reserve Grade 24 – 18, whilst in the Under 17’s, Taniwharau won 24 – 12.