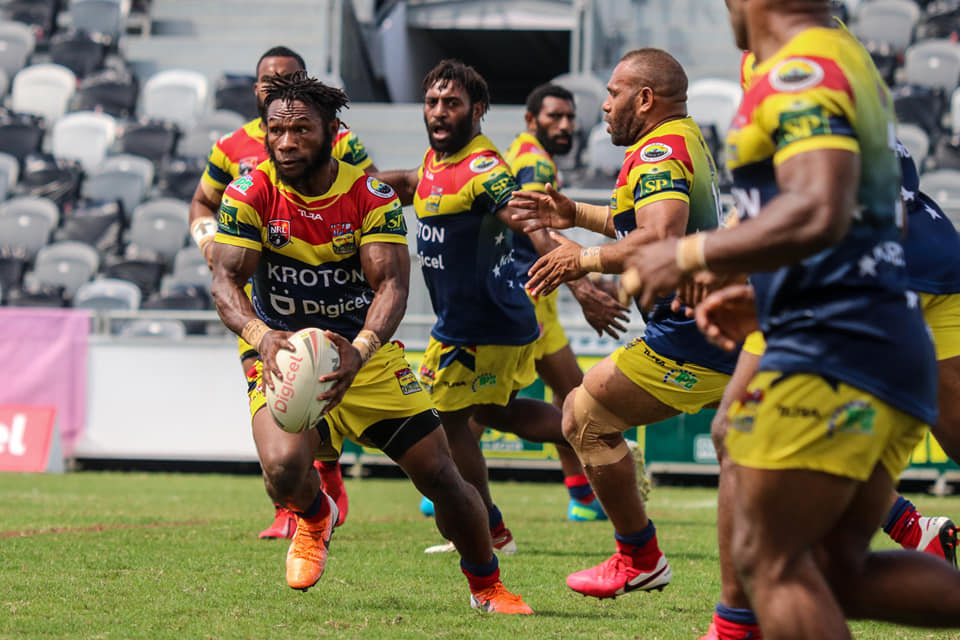 Defending Premiers, the Hela Wigmen, face a tough task in their bid to retain their Digicel Cup title when they come up against the in-form Port Moresby Vipers in the opening weekend of the competition’s Finals Series.

After a strong start to the regular season, the Wigmen have lost momentum in the later half of the competition, winning only two of their Final six matches, including suffering recent losses to fellow finalists, the Lae Tigers, Waghi Tumbe and Port Moresby Vipers. The Vipers on the other hand come into Sunday’s Elimination Final full of confidence after adding the Mendi Muruks last wekeend to their list of high profile scalps.

In what has been a mixed season for the Gurias, the New Britain based franchise qualified for the Finals thanks to a 26 – 4 win over the Enga Mioks in the Final round of the regular season. The Tumbe on the other hand finished outside of the top two due to points differential and have enjoyed an eight game winning streak.

The Lae Tigers and Mendi Muruks will enjoy the first week of the Finals Series off after finishing in the top two positions of the competition ladder. The Muruks, who were on track to collect the Minor Premiership, suffered a 6 – 0 loss to the Vipers in the Final round of the regular season allowing the Tigers to leap-frog them following their 22 – 18 win over the Kimbe Cutters giving them a superior for and against. The outcome means that the top three teams of the competition all finished with 9 wins and two losses.

In other matches played in the Final Round of the regular season, the Mt Hagen Eagles defeated the Central Dabaris 26 – 12, whilst the Goroka Lahanis defeated the Gulf Isou.

As per previous years, the Digicel Cup Finals Series is made up of the top six teams in the competition. Teams ranked first and second progress to Week Two of the Finals, whilst the remaining four play in two Elimination Finals. The winners of the Elimination Finals will play off in the Minor Semi Final in Week Two, whilst the top two teams played in the Major Semi Final with a chance to qualify for the Grand Final.