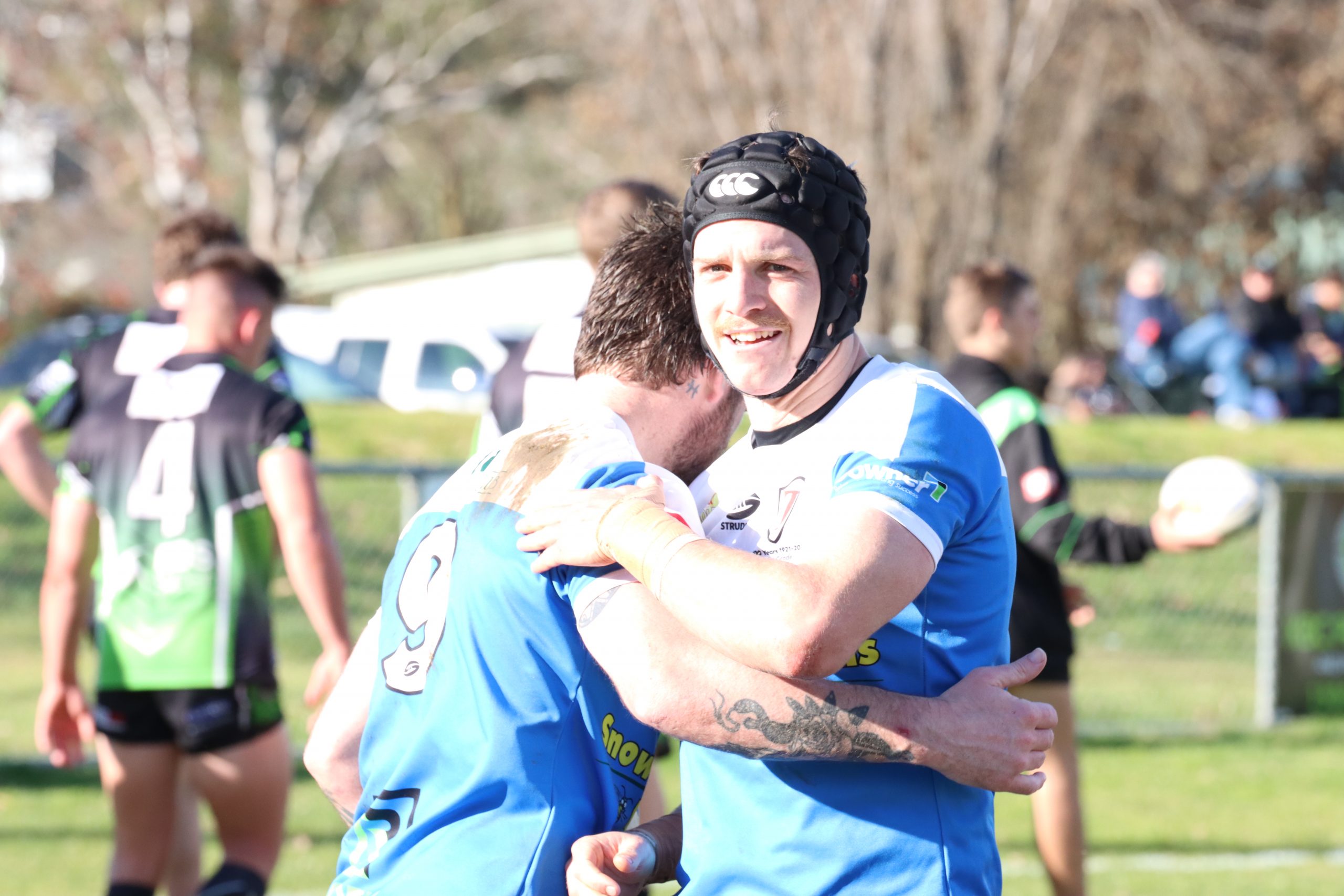 The Tumut Blues have secured the Group 9 Minor Premiership after registering a dominant 46-6 victory over the Albury Thunder at Greenfield Park on Saturday afternoon before the COVID-19 enforced statewide lockdown put a temporary halt on Community Competitions.

The top of the table Blues travelled to the border without regular Canberra-based stars Jed Pearce, Ron Leapai and Tevita Aroha-Tuinauvai but that didn’t stop Tumut turning it on, winning eight tries to one in what was another entertaining performance.

Under 18s duo Ethan Gilchrist and Brodie Mirtschin made their first-grade debuts in the big victory, and the pair played a telling hand in the result after changing the momentum of the contest in the first half.

“They have played some great footy for the Under 18s and we were down on troops today and they finally got that opportunity, and I couldn’t be happier with their performance.

“They added a lot of energy and made some strong carries, and I was very impressed.”

Masters was happy to win the Minor Premiership, but he said the job wasn’t done just yet, with the NSW Country front rower hoping Group 9 action would return sooner rather than later.

“Obviously I would like to play a Grand Final and win that, it doesn’t feel like we’ve done the job until we do that, but we have put ourselves in a good position,” Masters said.

“We have a great bunch of boys, probably the most enjoyable bunch I’ve played with, and I think the boys would say the same thing.

“Hopefully we get to play these final rounds and finals, but we will have to wait and see what happens.”

Tumut won all three grades on the border, with reserve grade getting up 26-8 and the under 16s saluting at 46-8.

Despite what the score line might suggest, it was an even contest for the first half an hour of play, with Albury withstanding a barrage of Tumut attacking raids and causing a few headaches of their own.

Back-to-back penalties led to the first points of the contest though, with the Thunder proving to be their own worst enemy, allowing the Blues inside their 20-metre line before Blues lock, Adam Pearce, crashed over to score. Jacob Toppin converted to put Tumut ahead 6-0 after 20 minutes.

Gilchrist and Mirtschin entered the fray at the half hour mark and the debutants really changed the flow of the game. Mirtschin was involved in a play that helped Tumut take a 12-0 just before half-time.

When play resumed, penalties and errors cost Albury, with Mitch Ivill again splitting the defence and scoring to put the Blues in control at 16-0 after 48 minutes.

The Thunder final had something to cheer about after Mason Fuller crossed the line and James Olds slotted the conversion to reduce the margin to 16-6 with plenty of time left.

Both sides were forced to play 12 on 12 for the next 10 minutes with Joe Lumb and Adam Pearce sinbinned and Tumut flourished with more room to move, laying on two quick tries to make any potential comeback that much tougher for Albury.

The first was a lovely passage of play that saw Ivill again in space, passing to Tommy Hickson, who turned on the afterburners – the winger sprinting to the line and to score on the right edge.

Ivill was involved again after splitting the Albury defence and passing back to Mirtschin, who was able to cross the line on debut. Toppin slotted both conversions and Tumut were ahead 28-6 after just over an hour of play.

The Blues ran away with the game in the final stages, scoring three more tries to cap a strong Tumut victory.