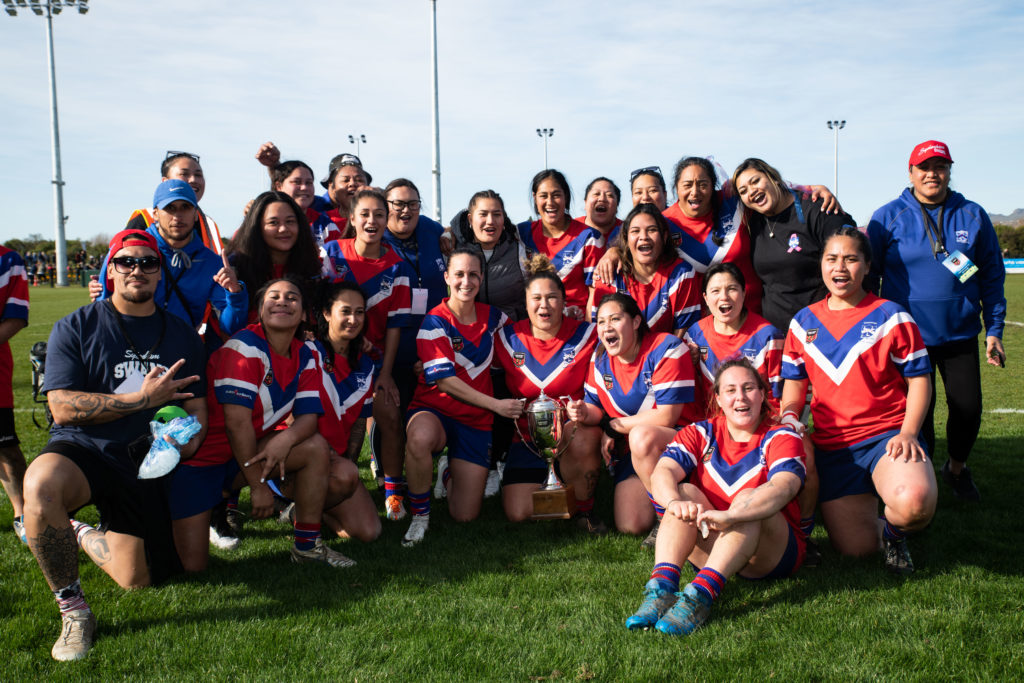 A blistering four-try start laid the foundation for Sydenham Swans’ successful defence of the CRL Women’s Premiership crown, overwhelming Woolston Rams in the Grand Final at Ngā Puna Wai for the second year in a row, 32-12.

Sydenham stormed to a 22-0 lead before the half-hour mark through a combination of hard-running forwards in the middle the field and quick hands and footwork out wide.

Powerhouse prop Faleseu Fenika barged over under the posts for the opener, before Paleoaiga Loto produced a determined finish in the left-hand corner for the Swans’ second try.

Michelle Wong weaved her way through for the defending champs to go up by 16 and another elusive run from the livewire centre laid the platform for Janaya Mata to charge over and score.

But hooker Nella Ngahuru dragged Woolston back into the contest by burrowing over from close range just before the break, with five-eighth Cassie Siataga converting brilliantly from out wide. Siataga then capitalised on the Rams’ strong start to the second stanza, leaving several Swans in her wake to crash over beside the posts.

Siataga was forced from the field temporarily after a heavy collision shortly afterwards but superb Rams goal-line defence kept the deficit to 10 points heading into the final 20 minutes.

But the Swans landed a crucial blow in the 64th minute, with Kaitiana Fruean showing a clean pair heels and magnificent poise to force a superb kick to the corner from Katelyn Arona.

Sydenham could smell blood in the water and moved out to a 30-12 lead four minutes later, with halfback and skipper Jerusha Whiley splitting the Rams’ defence with a wrap-around move on the 30-metre line and beating the cover to scramble over under the posts.

Whiley left the field briefly with a leg complaint immediately after – but the playmaker had already done enough to put the Swans in a title-winning position.

Arona capped a wonderful individual display with a try two minutes from fulltime, while front-row workhorse Bunty Kuruwaka-Crowe repeated her 2020 feat by being named player of the Grand Final.