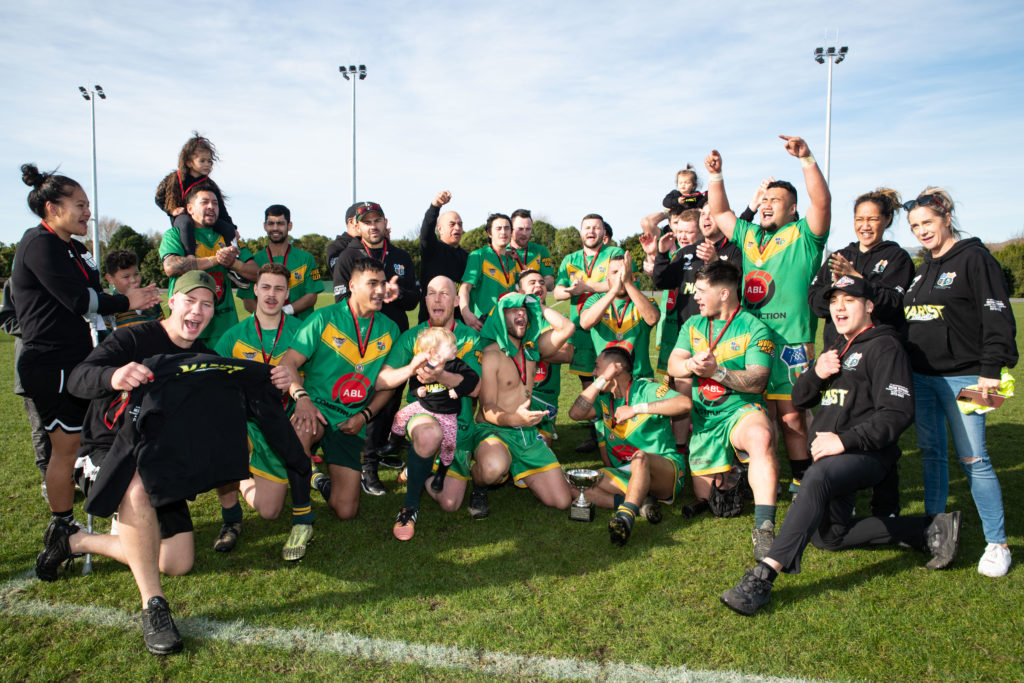 What the 2021 Canterbury Cup Grand Final lacked in tries, it more than made up for in drama and intensity as Marist Saints-Papanui held on for an unforgettable 6-2 triumph over Northern Bulldogs.

The only points in the Premier Reserves decider came from the boot of Saints halfback Rangiawha and Bulldogs winger Keeghan Woolley – but the one of the grade’s great Grand Finals was consistently punctuated by outstanding defence from both sides that ranged from desperate to punishing.

Referee Jordan Chand did an admirable job keeping a lid on tensions that threatened to bubble over on countless occasions in a brutally physical contest, while the whistle-blower kept his cool in the nerve-shredding final minutes as the Bulldogs pummelled the Saints’ try-line.

Marist-Papanui led 4-2 at the end of a torrid first half, with a third penalty goal to halfback and player of the match Jimmy Rangiawha the only scoring play after the break – creating a scoreline that remained for 25 minutes until the fulltime whistle.

Both sides went desperately close to snaring an elusive four-pointer during the second half, only to be repelled by valiant goal-line defence and brought undone by rushes of blood with the ball in hand.

With a throng of vocal Bulldogs supporters barking from the embankment behind the posts and veteran half Izic Placid weaving his ball-playing magic, Northern was camped on the Marist-Papanui line for the last few pulsating minutes but fell agonisingly short of an equalising try.

Confirmation of fulltime sparked wild celebration from Saints players and their supporters, the Fred Arnesen Trophy in their keeping after an incredible finish to a dominant campaign for the combined outfit.