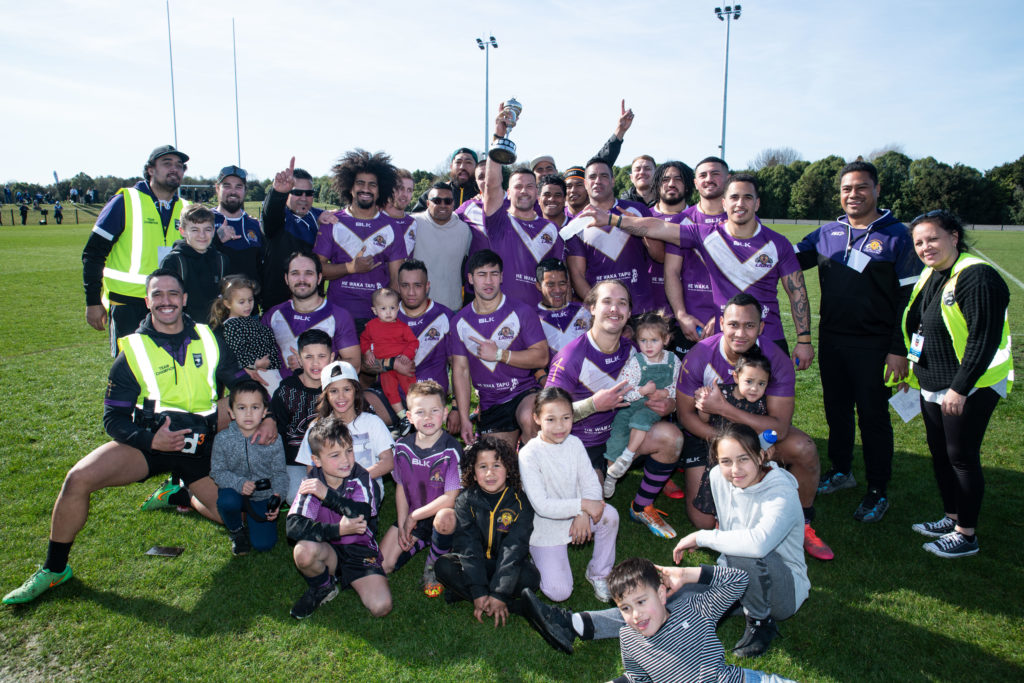 Celebration Lions finished off a vastly-improved 2021 Bartercard NZ CRL Premiership campaign with some silverware, carving out a convincing 30-12 victory over Eastern Eagles to kick off Grand Final Day at Ngā Puna Wai.

The Lions always looked in control, keeping the Eagles at arm’s length throughout by scoring the first two tries of each half. Zion Kamana finished with a hat-trick and second-rower Abraham Fonmoa was named player of the match after scoring two tries, laying on two more and racking up an impressive tackle count.

The Eagles were made to pay for errors inside their own territory during the opening quarter. Stylish Lions centre Kamana and Fonmoa sliced through Eastern’s left edge defence for an early 10-0 lead.

Gilt-edged opportunities for the Eagles came undone through poor handling inside the Lions’ 20-metre zone, but they managed to tighten up their own goal-line defence to prevent any further scoreboard damage.

Celebration regain the ascendancy immediately after the break, however, making a series of long-range breaks. Fonmoa grabbed his second try after a long run from fullback Taniela Leka, before winger Tipazo Aukustino danced down the left-hand touchline to score.

The Eagles pegged it back to 20-12 through halfback Tyrone Stowers’ try, but the Lions put one hand on the Gore Cup when Kamana cruised over for his second and restore a 14-point lead before crossing again in the dying stages to complete his treble.