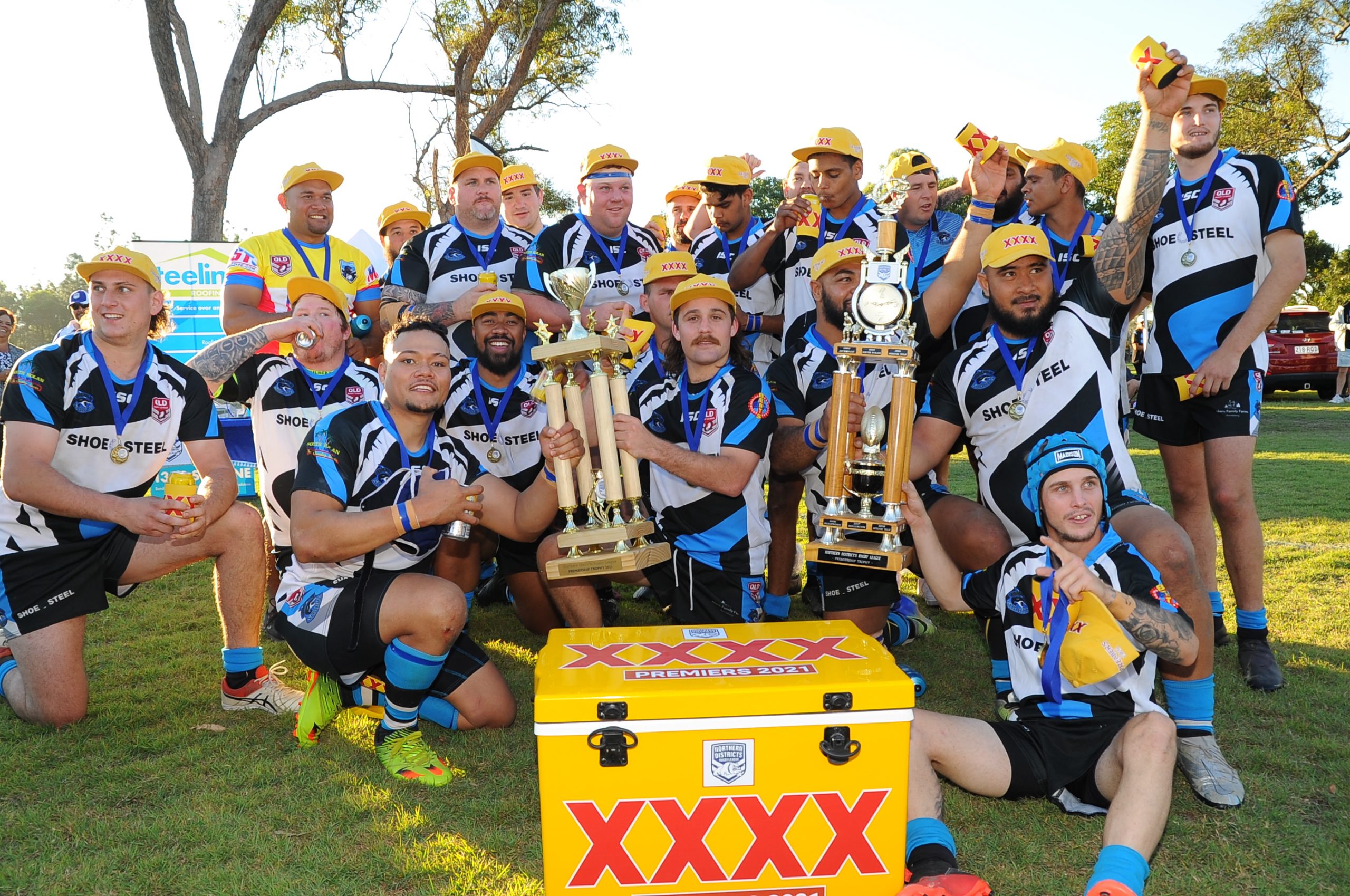 A double to electrifying centre Darren Broome helped South Kolan Sharks break their premiership drought with a 22 – 4 victory over Gin Gin to claim the Northern Districts title earlier this week.

As the benchmark side all year, the Sharks flew through the regular season undefeated and continued that trend throughout the pointy end of the competition, lifting the silverware in front of many joyous home fans in the decider at South Kolan.

In a contest befitting of a Grand Final, neither team gave an inch in the opening 40 minutes, with only four points separating the two sides at the break.

Gin Gin scored early in the secomd half to level the scores before the Sharks broke away in the 65th minutes with tries to Darren Broome, Cem Rohdmann, Phillip Lindsay and Montgomery Chapman sealed the team’s first title since 2015.

It was a significant win for the club with Sharks stalwarts John and Beryl Herwig leaving the club, after decades at the club, on a high.

The Northern Districts Rugby League is a regional competition in the Bundaberg district of Queensland.