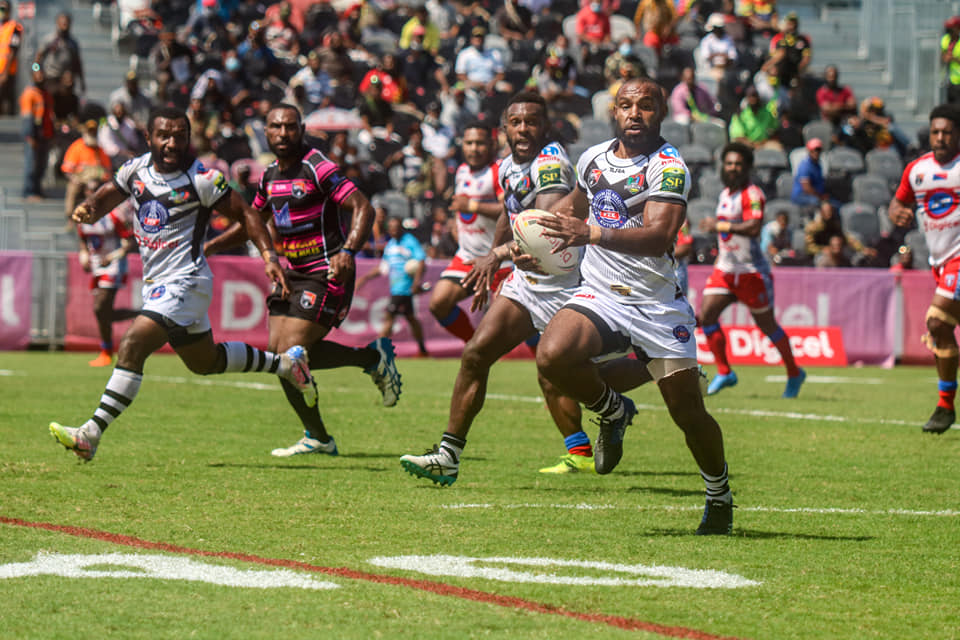 Mendi moves to outright first, whilst four teams fight for one Finals spot in penultimate round of the 2021 Digicel Cup season

The goal-kicking boot of Mendi halfback, Josiah Jimmy, has helped lift the Muruks to an 8 – 4 victory over the Lae Tigers in Sunday’s important top of the table Digicel Cup clash in Lae.

The win in the penultimate round of the regular season sees the Muruks move to outright first on the competition ladder with just one round of competition left, putting the Southern Highlands team in prime position for the upcoming Finals Series.

In a tight encounter at the Tiger’s home ground, the Josiah kicked four penalty goals across the match to setup the win. Max Vali scored the only try for the game.

Across the rest the round the Port Moresby Vipers have almost ended the Rabual Gurias Finals hopes after coming back from a 12 – 0 deficit to record a 22 – 14 win over the hosts at Kalabond Oval in Kokopo on Saturday. The loss sees the competition heavyweights sitting on seven Premiership points and just outside of the top six with three other clubs. Also sitting on seven premiership points with the Gurias includes the Enga Mioks, who upset the Hela Wigmen 20 – 18 in Wabag on Sunday, and the Gulf Isou and Mt Hagen Eagles, who both could only be separated by a point at the National Football Stadium.

Next weekend’s fixtures will decide which of the four squeezes into the top six, with the Gurias and Mioks clash at Kokopo most likely to decide the qualifier based upon for and against.

In other matches played in Round 10, the Waghi Tumbe continued their hold on third place on the Digicel Cup ladder with a 12 – 8 win over the Goroka Lahanis, whilst the Central Dabaris scored a large win over the Kimbe Cutters.