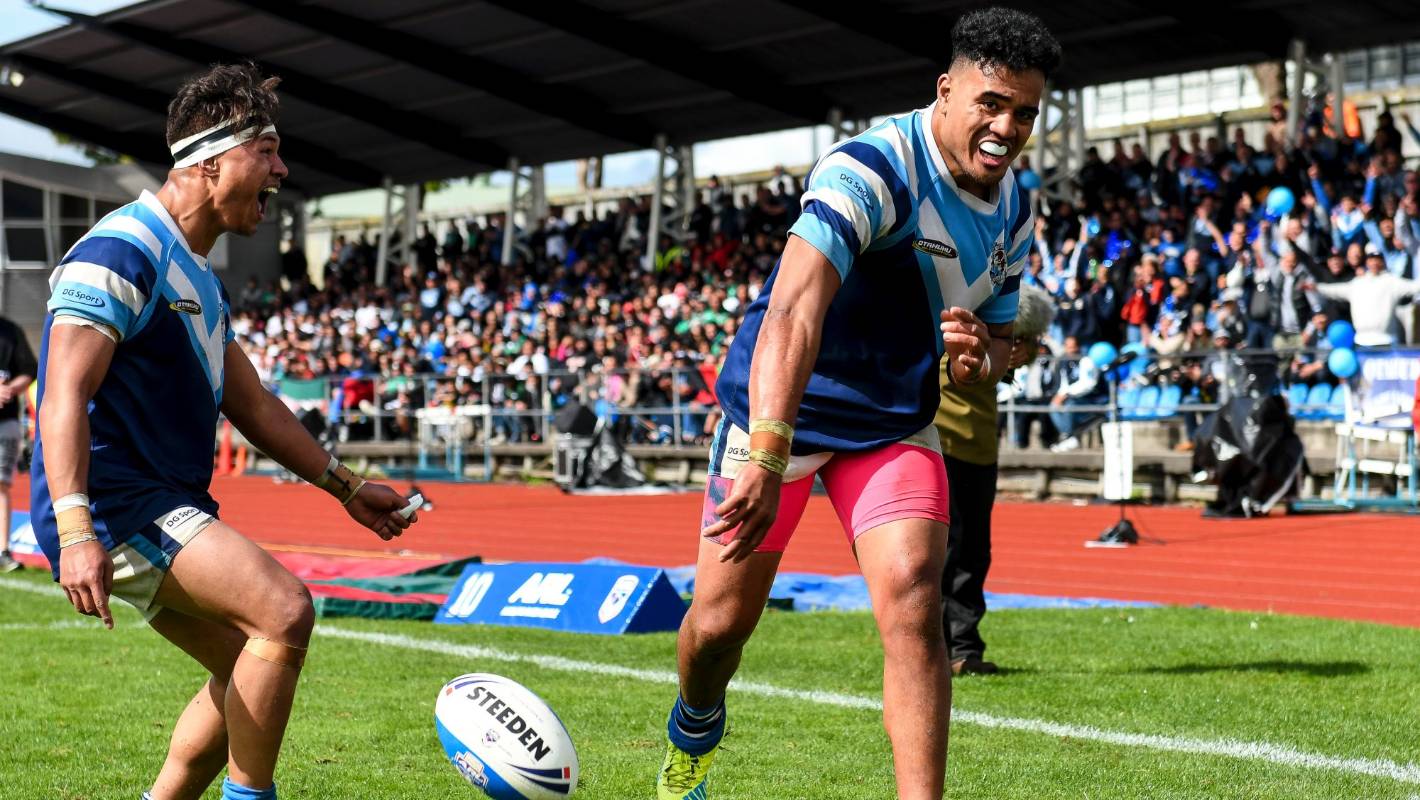 Results from Round Six of the Fox Memorial Premiership, Fox Championship and Sharman Cup.

FOX MEMORIAL PREMIERSHIP:
Glenora 12 lost to Pt Chevalier 20
In beating a determined Bears side on home turf Pt Chevalier earned another two trophies for their cabinet, with the result wrapping up the Rukutai Shield as minor premiers and handing the Pirates the Roope Rooster. It was Glenora who owned the majority of the first half, taking a 12-8 lead into the break, before the hosts had a player sent off and the Pirates wrestled their way back into the contest. Middle forwards Brody Tamarua and Patrick Sipley were dominant as Pt Chevalier secured the top qualifying seed for the finals.

Mt Albert 34 lost to Otahuhu 36
For the first time this decade Otahuhu are back in the first division play-offs, after securing a last-minute win over Mt Albert which assures them of finishing in the top four. The Leopards led 22-18 at the break before Mt Albert powered back to lead. But thanks in large to dynamic hooker Phoenix Hunt and Taufa – who finished the day with three tries to his name- the Leopards finished strong to claim victory.

Howick 60 defeated Mangere East 26
Howick celebrated prop Tony Tuia’s 200th first division game in style with a big win over Mangere East. Both Roydon Gillett and Brandon Lee scored doubles in the win, while the milestone man Tuia kicked a conversion to mark his achievement, much to the delight of the vocal crowd at Paparoa Park.

Marist 38 defeated Bay Roskill 30
Marist got back to winning ways at Murray Halberg Park, edging past Bay Roskill thanks in part to a double from fullback Emmanuel Cerei. While their play-offs hopes are over, the result does give Marist a chance to jump up the ladder next week in the final round of the regular season.

FOX CHAMPIONSHIP:
Hibiscus Coast 16 lost to Northcote 26
A hat-trick of tries to centre Amoa Tuli did much of the damage for Northcote as they got past the Hibiscus Coast, in a battle of the competition’s two most northern sides. Earlier the Tigers had led 16-6 at the break.

Manukau 26 defeated Pakuranga 10
Twelve unanswered points in the second half saw Manukau past Pakuranga, with the win lifting them to outright first on the competition ladder. Among the standouts was wing Koronato John, who scored a try and worked hard out of yardage.

Papakura 12 lost to Te Atatu 18
Te Atatu will take confidence into next week’s potentially must-win games against Manukau after downing Papakura on the road. It was the Roosters’ third victory of the competition proper.

Richmond 20 lost to Otara 24
Otara remain right in the hunt for a play-off spot with an upset victory v Richmond. The scorpions had trailed 12-6 at the break before fighting their way back into the game, scoring the winning try with 10 to play.

SHARMAN CUP:
Manurewa 32 lost to Papatoetoe 38
The Papatoetoe Panthers have defeated the Marlins in Manurewa in Round Six of the Sharman Cup.