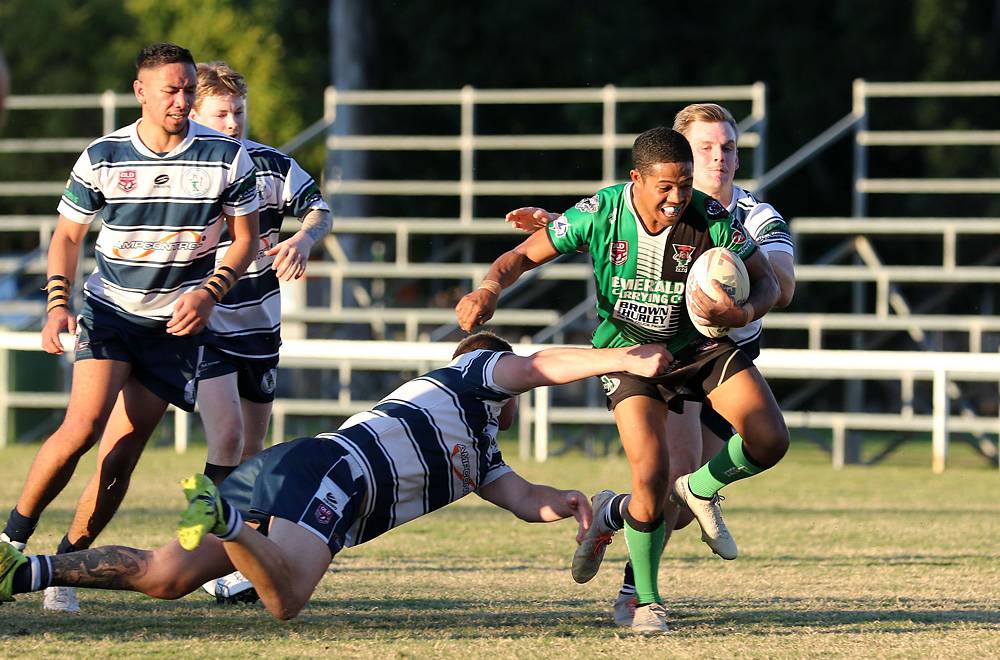 The Emerald Tigers are this year’s Duroux Shield champions, retaining the silverware after defeating Emerald Brothers 40-10 at McIndoe Park on Sunday.

A pinnacle event in the Central Highlands Rugby League calendar played between the two Emerald clubs, the shield is named in memory of the late great Charlie Duroux.

Charlie played for Emerald in the Rockhampton District Rugby League but passed away from cancer and the Emerald club split in two.

Year on year, it is one of the biggest fixtures in the Central Highlands competition.