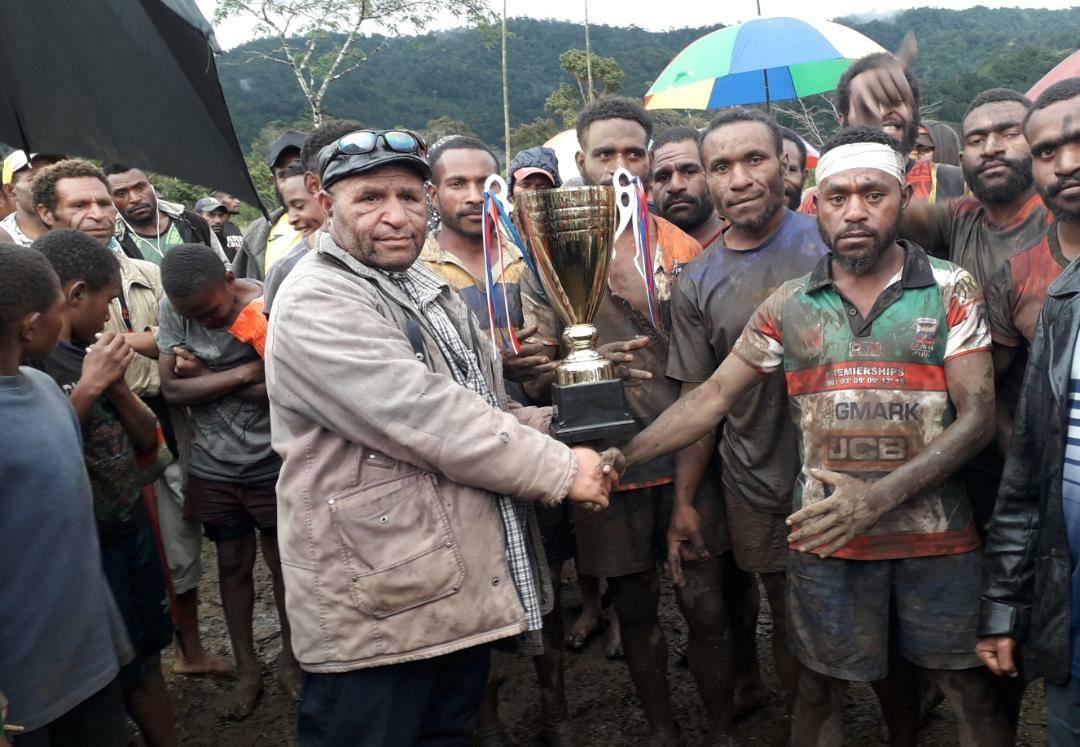 The Kamupa Pythons have claimed the inaugural Aiya Rugby League Saka Cup after defeating the St Cowboys in Sunday’s Grand Final at Pawayamo.

The long awaited conclusion to the Aiya Off-Season competition saw the Pythons overcome the highly fancied Cowboys in a brutal match played in very wet and muddy conditions, with the Kamupa based club defeating the Cowboys 4 – 0.

Strong defence and slippery conditions made scoring very difficult in the A-Grade encounter, with the only try of the game coming in the 55th minute of the game when Python’s fullback, Charlie Mendo, scooted over for a much needed four pointer.

In the B-Grade Final, the Yakipita based Cowboys defeated the Mondo Eels 2 – 0, with a penalty kick on full-time proving the difference between the two teams.

The winners of the two Grades were presented the Saka Cup by village elder, Sakalu, who the Cup was named in honour of, and Pawayamo ward Councillor, Moses Ruri.

Established at the start of 2020 to provide Rugby League activities to the people within the Aiya Local Level Government (LLG) in Papua New Guinea’s Southern Highlands Province.