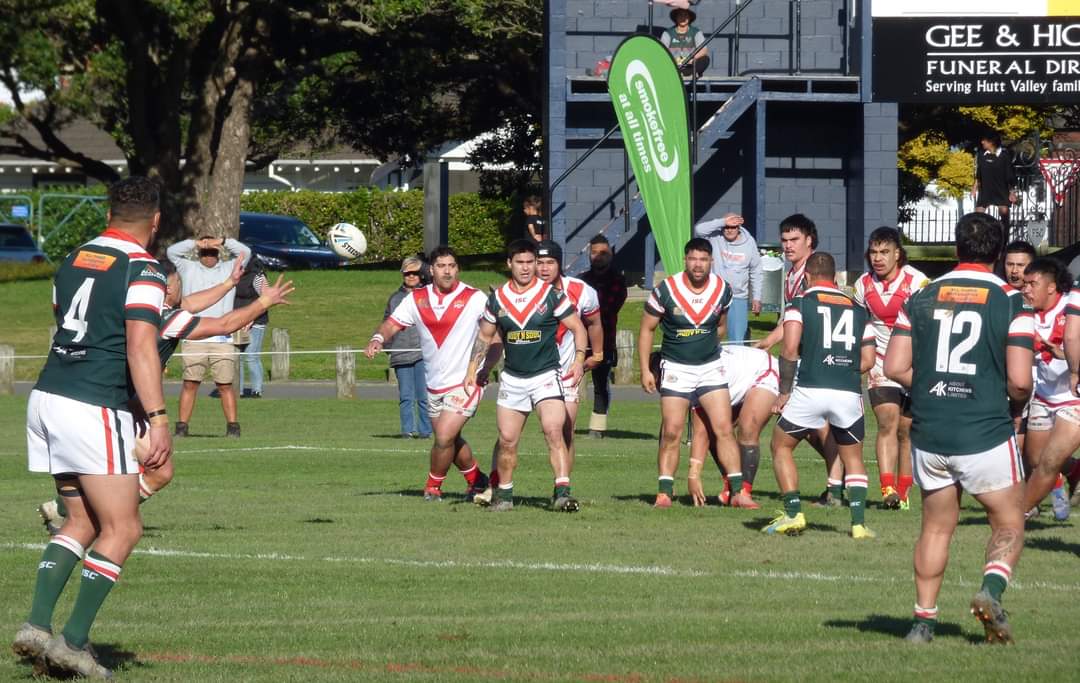 To win a Grand Final requires more than just turning up on the day and hoping your opponents will make mistakes to let your team in.

It requires physical and mental hardness for a start. some luck in decisions going your way and most importantly the higher percentage of possession.

Such was the case of the Whiti Te Ra rugby league side, who despite being down at halftime and for most of the third quarter, showed the patience and resilience that are well known for in coming from behind and beating the St George Dragons in the Wellington premier rugby league grand final 16-6 at the Petone Recreation Ground on Saturday afternoon.

The win meant that the green team from Otaki had now captured their fifth successive Wellington grand final since. first starting out in 2016. following a hat-trick of successive titles in the Manawatu competition.

Going into the final, the Dragons would have been buoyed with the knowledge of having a superior playing record this season on account of winning the minor premiership and only losing. once in a nail biter to the Porinua Vikings. However as much as that was a line. record, the Dragons would have kept their claws firmly on the ground going into the game in the knowledge this i was their first final appearance in 26 years and 44 years since they last won a final in beating Petone B-2, also at the Petone Rec in 1977.

But with around 2000 in attendance to witness history either way, it was the Dragons that put the first points on the board after ten minutes when their right centre Setikaio Sinoli nearly went over from a fine solo burst, before a deft kick by his scrumhalf Ontreal Panapa, resulted in St George regaining another set of tackles. The ball was then quickly passed out wide to allow the left centre Sam Filipo to cross over in the right-hand corner for an unconverted try.

if the big crowd that came along were hopeful that this was to be the start of a tidal wave of points, they would have come away disappointed as for the next 30 minutes until the break, both teams cancelled each other’s offence out.

There were opportunities but ultimately some wrong options or balls being handed away early in the tackle count did not count. Penalties to go into enemy territory were also minimal and it was not until nearly the start of the second quarter, before one could be given, when a St George tackle was deemed to be a little too high.

The Dragons however put that aside and continued to try their best with probably their next best opportunity in the first half being denied with eight minutes remaining until the break when second row Feofaaki Tuangalu was taken out by a Whiti defender as he raced for possession of the ball near the line, following a lovely weighted grubber kick by his captain, Robert Ulaule.

St George led 4-nil at halftime and with a slightly superior 3-2 penalty advantage, it soon widened early in the second spell from a successful escort penalty goal when a Sti George player was taken out after being pushed in the back. while chasing the ball and then making contact with an opponent who was still in midair.

Knowing that time was now their enemy, Whiti now started to raise its game by doing some mind game tactics in the hope the Dragons would baw under pressure. The first crack appeared in the 16th minute when a melee between some members of both teams resulted in play being stopped for seven minutes, resulting in both the Whiti centre Tipene Roa and St George wing Luke Patelesio being given their ten-minute sinbin marching orders by referee Jack Feavers.

The tactic of upsetting St George and disrupting their rhythm of play with that break soon paid dividends for Whiti as a weighed chip kick by substitute Daniel Simi saw him beat his opponent in a race to the line at the start of the final quarter.

Although Whiti failed to gain the conversion, a second attempt came only three minutes later when St George were caught happing near their line whe prop Elias Terry went over unopposed for a converted try. under the posts.

This put Whit up 10-6 and only five minutes later the once small crack became exposed again as the Otaki believers went over ter their third try, after a great offload came from the loose forward Call Terry resulting in Tipene Roa catching the ball and going over in the corner for an unconverted try.

Whiti now led by a 14-6 buffer through three tries in ter minutes, but any hope that this would further advance was soon nullified again as some tiring Dragons regrouper its defence, even though it was by now having few opportunities on offence inside the Whiti half.

Part of the reason was that Whiti was now winding the clock knowing they had done enough. It included them having slow spoiling plays around the ruck, and milking a couple of strategic penalties including one from an alleged St George high shot inside the Whiti 30 metres only to see the ‘victim’ then instantly regain his feet in celebration.

By now, there was nothing left that St George could do. Their big-hearted engines in the forwards which had been on full throttle early an, were now spluttering and slowing down and tactical kicking with the use of the sun had become nonexistent. Fitness was the key and Whiti had once again cleverly demonstrated why holding back on some energy right to the end is so important. Teams that win six successive grand finals know that.

One of the attractive and yet overlooked areas of the final came down to the final penalty count with just 12 awarded, seven of which went to the Dragons. That also showed what a battle of attrition it was for both teams in terms of gaining territorial advantage. Both teams also only used eight of their ten possible interchanges.

Whiti captain Elias Terry said his team went into the game knowing that his opponents would not last the whole 80 minutes and as a result through some reminders by two of his senior players Manaia Osbourne and Toddy Eriha, they retained their composure when things got a bit heated. Terry’s brother Cail was the enforcer of the Whiti team with some big defence which sat back a few Dragons, while out wide in the centres, Osbourne was again the backbone of the backline through some fine directed play.