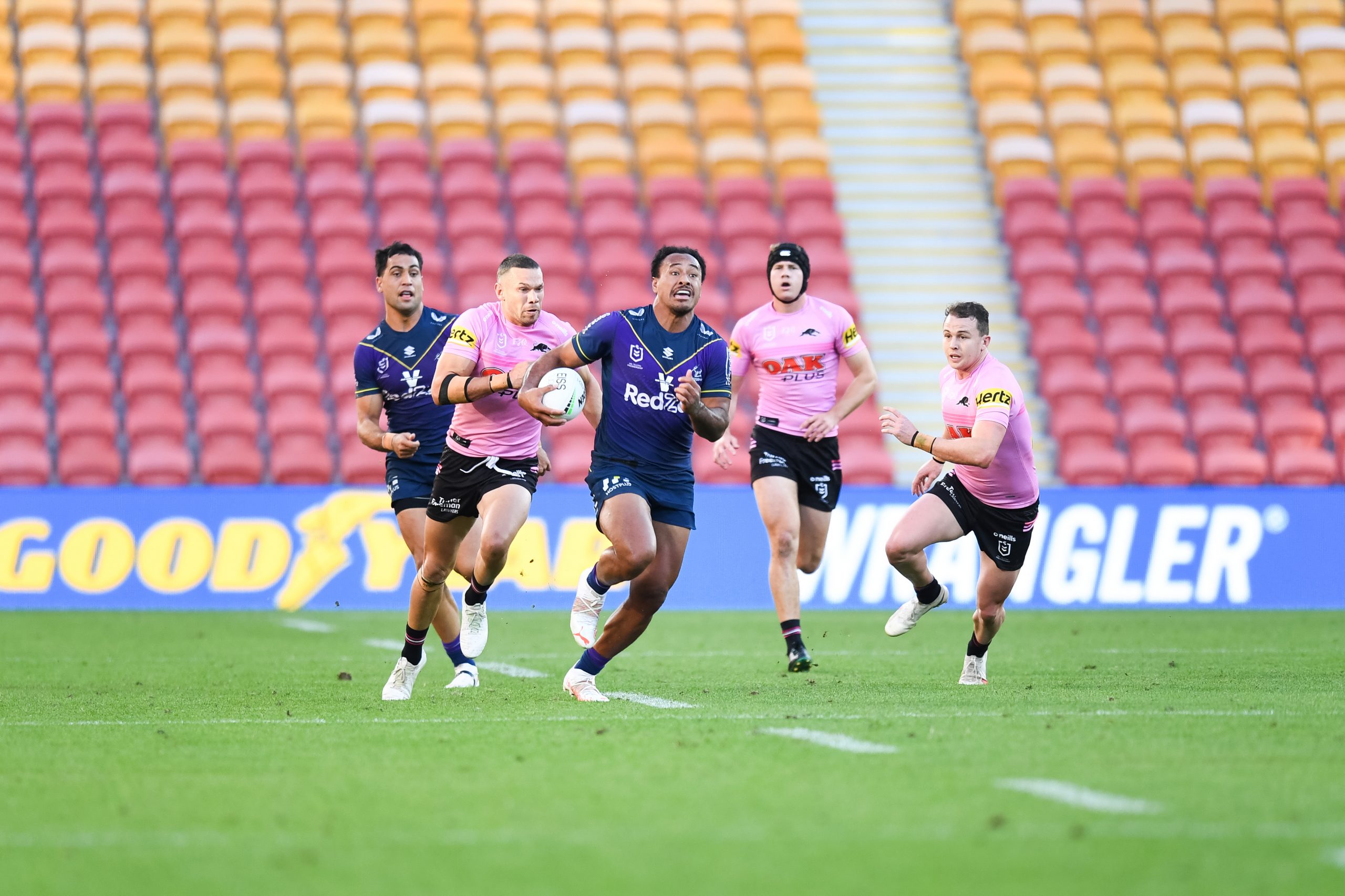 Seems only plague, locusts, or an injury toll measured on the Richter scale, can derail Melbourne’s march to one of the most dominant seasons in rugby league history.

With a 16th straight triumph over a badly depleted Penrith outfit – their nearest competition in 2021 to date – Melbourne bested their own club record, and have drawn within striking distance of the Roosters’ all-time 19 consecutive wins in 1975.

Craig Bellamy remembers that run well, as a St George fan whose sister was married the same grand final day the Dragons were drubbed 38-0.

A 37-10 disposal of the Panthers for his own side came in similarly dominant fashion, with games against Manly, Canberra and the Gold Coast on the horizon.

Melbourne now have yet another rails run at the minor premiership, with five games to play and an eye-watering +465 points differential.

The Storm’s average 24.47-point margin this season is still a ways off the carnage Dave Brown and his side wrought more than 80 years ago, to the tune of a 27.63-point margin each game.

Melbourne would need to win their last five matches by around 40 points each to top them, but who’s to definitively say they can’t?