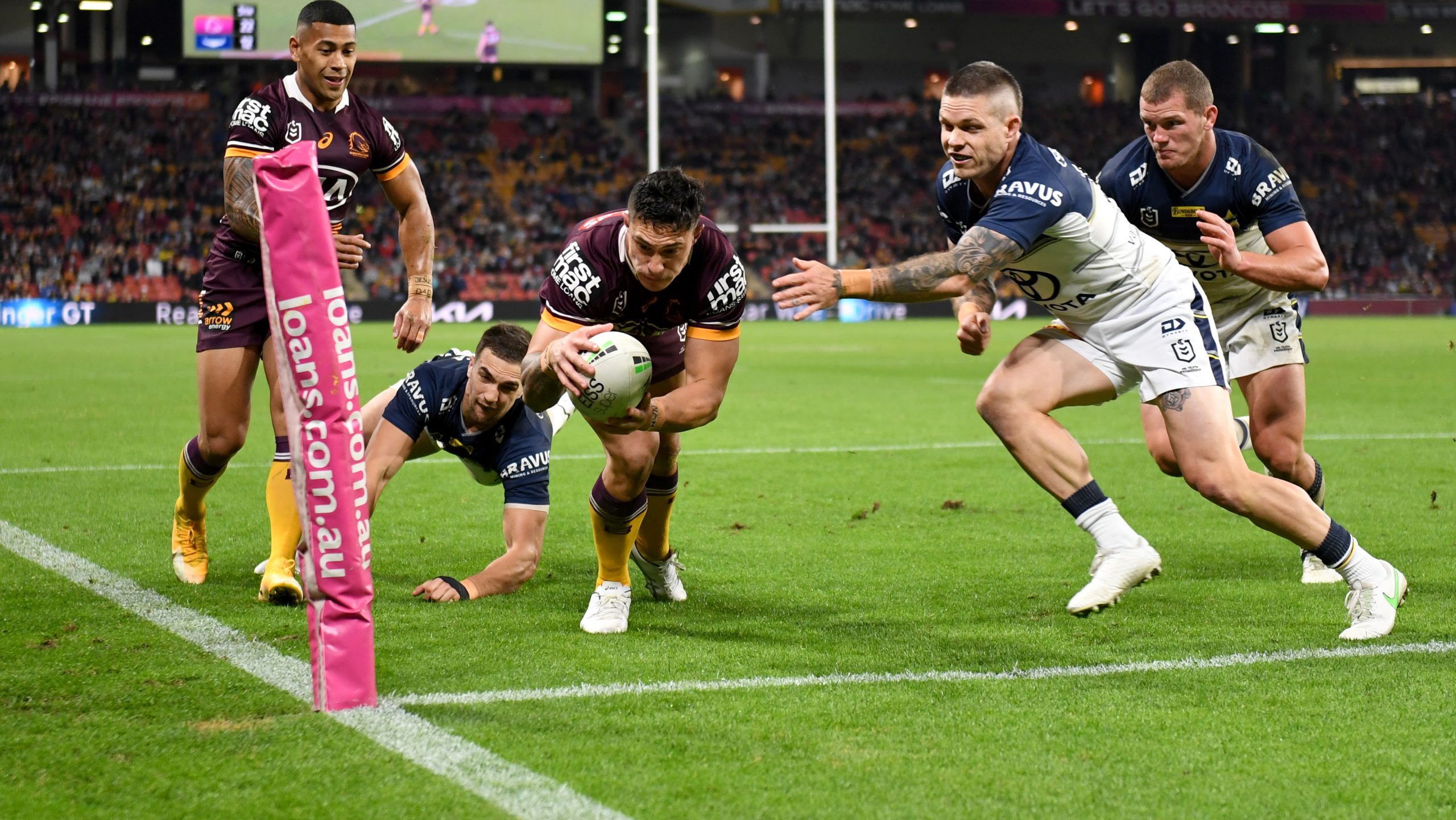 Staggs and Gamble lead Broncos to victory over Cowboys

Kotoni Staggs may have his eye on playing five-eighth next season but Tyson Gamble made a case for the pair to stay where they are after starring in Brisbane’s 37-18 win over the Cowboys on Friday night.

Playing just his fourth game of the season, Staggs had six tackle breaks, two line breaks and scored a try in each half as the Broncos snatched back Queensland derby bragging rights after going down 19-18 in round nine.

Broncos coach Kevin Walters hit the reset button following the team’s round 17 bye and despite a shaky second-half effort against Wests Tigers he has seen enough in the past three weeks to convince him there’s better times ahead in 2022.

Staggs and Gamble couldn’t have put their hands up any higher for further responsibility as the right edge fired with five of the Broncos’ six tries at Suncorp Stadium.