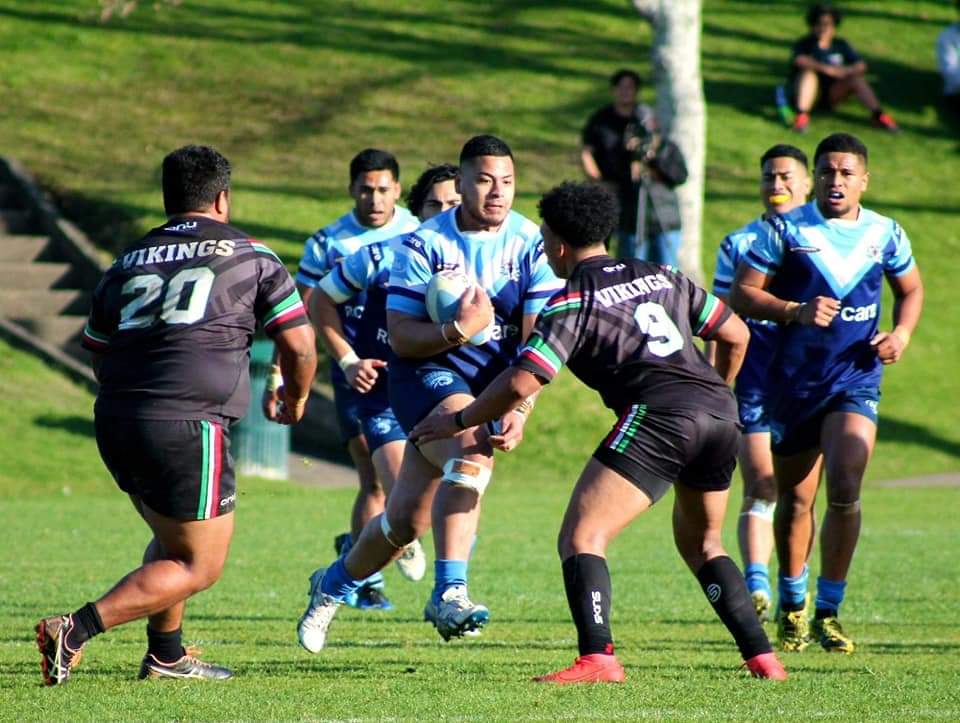 Mangere East 10 lost to Mt Albert 44
Twenty eight unanswered points in the second half saw Mt Albert to a big win against Mangere East. Centre Tika Lelenga scored three tries, with the Lions in fine touch through the second 40 minutes after having led just 16-10 at the break.

Glenora 34 defeated Marist 14
A huge second-half effort saw Glenora come back to beat Marist and retain the Roope Rooster. The Bears trailed by as much as 14-4 at one stage in the second half before powering back, helped along by a double from forward Solomon Vasuvulagi.

Otahuhu 30 defeated Roskill 20
Otahuhu outlasted Bay Roskill to claim a victory which inches them a step closer to securing the fourth and final play-off spot. The Leopards led 18-10 at the break and the game remained close through the second half, with the win not assured until Phoenix Hunt scored late for Otahuhu.

FOX CHAMPIONSHIP:
Manukau 32 defeated Hibiscus Coast 12
Manukau bounced back from their first defeat of the competition proper to record a convincing win v the Hibiscus Coast Raiders. Centre Tamore Nati scored twice in the win, while lock Yijo John was outstanding, playing the full 80 minutes and scoring the last try.

Pakuranga 14 lost to Papakura 24
Papakura remain in the hunt for a play-off spot after edging past Pakuranga on the road. Pakuranga had fought back to tie scores at 14-all at one stage in the second half before the Sea Eagles ran in a couple of late tries.

Otara 24 defeated Te Atatu 20
Otara picked up a valuable home victory over Te Atatu, which enhances their hopes of grabbing a spot in the top four and with it promotion to the first division Qualifiers for 2022. Wing Raymond Mikaele did much of the damage with three tries.

Northcote 24 defeated Richmond 10
Northcote kept Richmond scoreless for the second half to earn a victory which keeps them firmly in the hunt for a play-off spot. After leading 16-10 at the break, the Tigers kicked a penalty and scored a converted try to ensure they took home the points on the day the club celebrated its 111th birthday.

SHARMAN CUP:
Waitemata 22 lost to Manurewa 50
The Manurewa Marlins collected their first win of the Sharman Cup with a large win over the Seagulls in Waitemata.