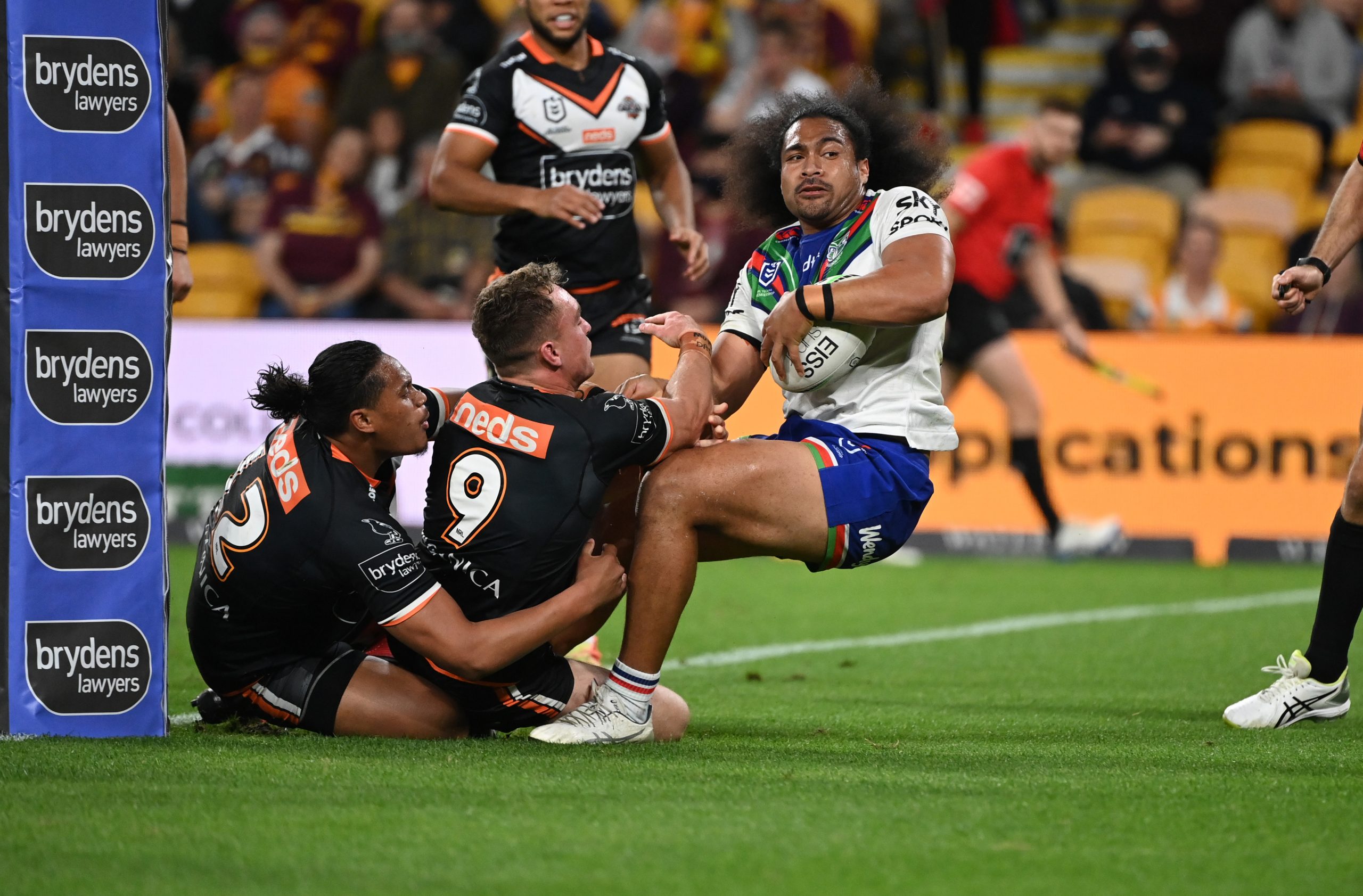 Daine Laurie’s devastating suspected fractured ankle was compounded for the Wests Tigers by a second-half capitulation against the Warriors that all but ended their finals hopes.

Despite rookie of the year contender Laurie having to be helped off the field little more than a minute into the match, replacement fullback Moses Mbye led the Tigers to a 10-0 half-time lead.

But they conceded three tries in 16 minutes after the break as the injury-ravaged Warriors claimed a courageous and thrilling 18-16 victory at Suncorp Stadium.

The Kiwi team responded to an emotional week in which captain Roger Tuivasa-Sheck and Leeson Ah Mau left camp to beat the New Zealand border closures.

Laurie has been a revelation for the Tigers, tallying nine tries and eight try assists in 19 matches, but scans on Saturday will determine whether the No.1’s season is over. The 22-year-old was seen on the bench at the start of the second term in good spirits.

It was an awesome fightback from the Warriors, who had the likes of Matt Lodge, Addin Fonua-Blake, Chad Townsend, Tohu Harris, Wayde Egan, Rocco Berry and Jack Murchie in the casualty ward.