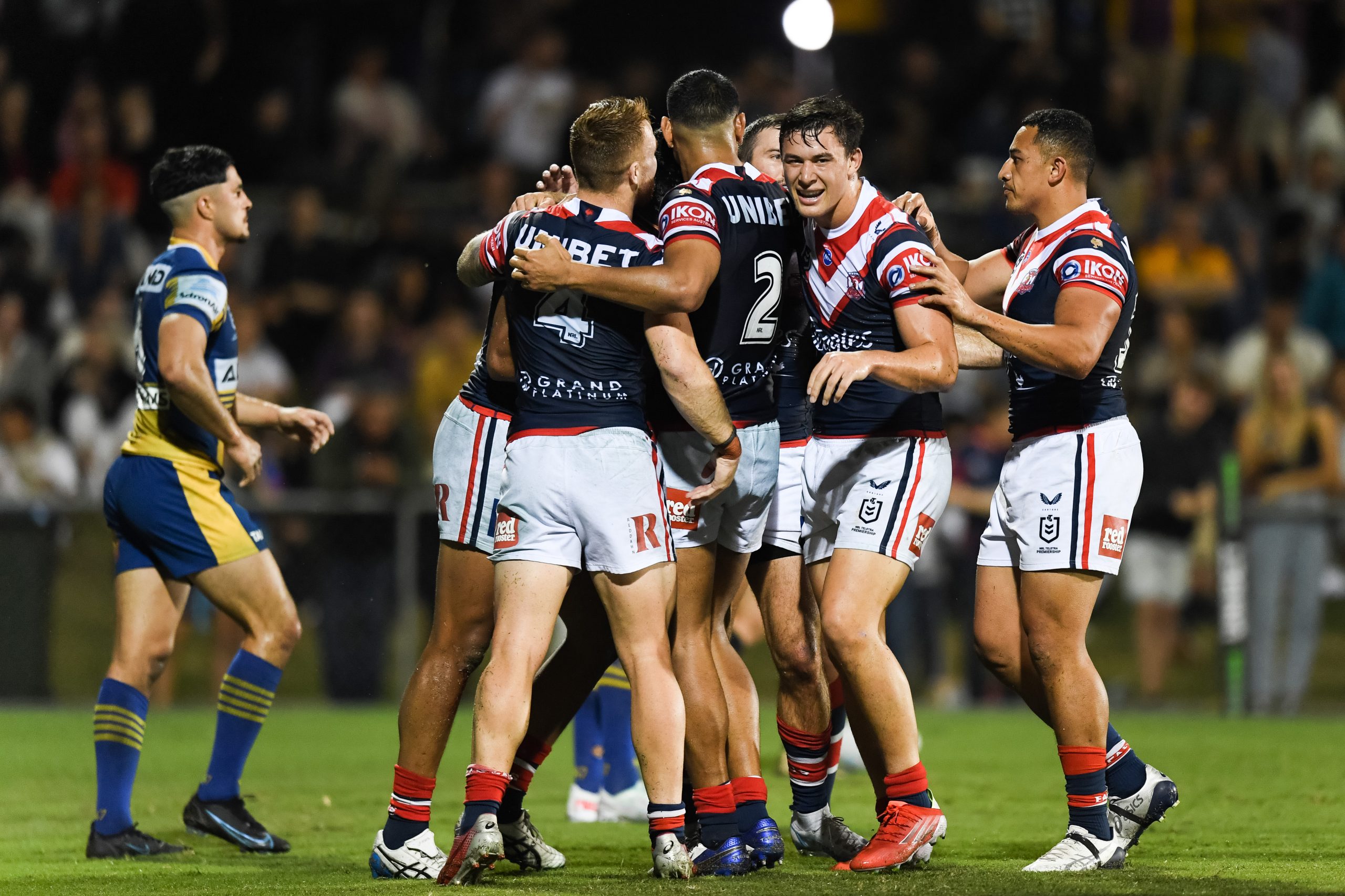 Young gun Sam Walker paid tribute to James Tedesco’s leadership after the pair combined to steer the Roosters to a convincing 28-0 win over the Eels in Mackay on Thursday night.

Walker continued his stellar debut season with a try, two line breaks and one try assist and Tedesco ran for 163 metres and had six tackle breaks as the Roosters joined the fourth-placed Eels on 28 competition points.

“Teddy has been huge. He’s obviously a great footballer but he’s an even better leader,” Walker told Channel Nine.

“Some of the motivational things he does on that footy field, like taking two hit-ups in a row, really lifts the team and we get on the back of it.”