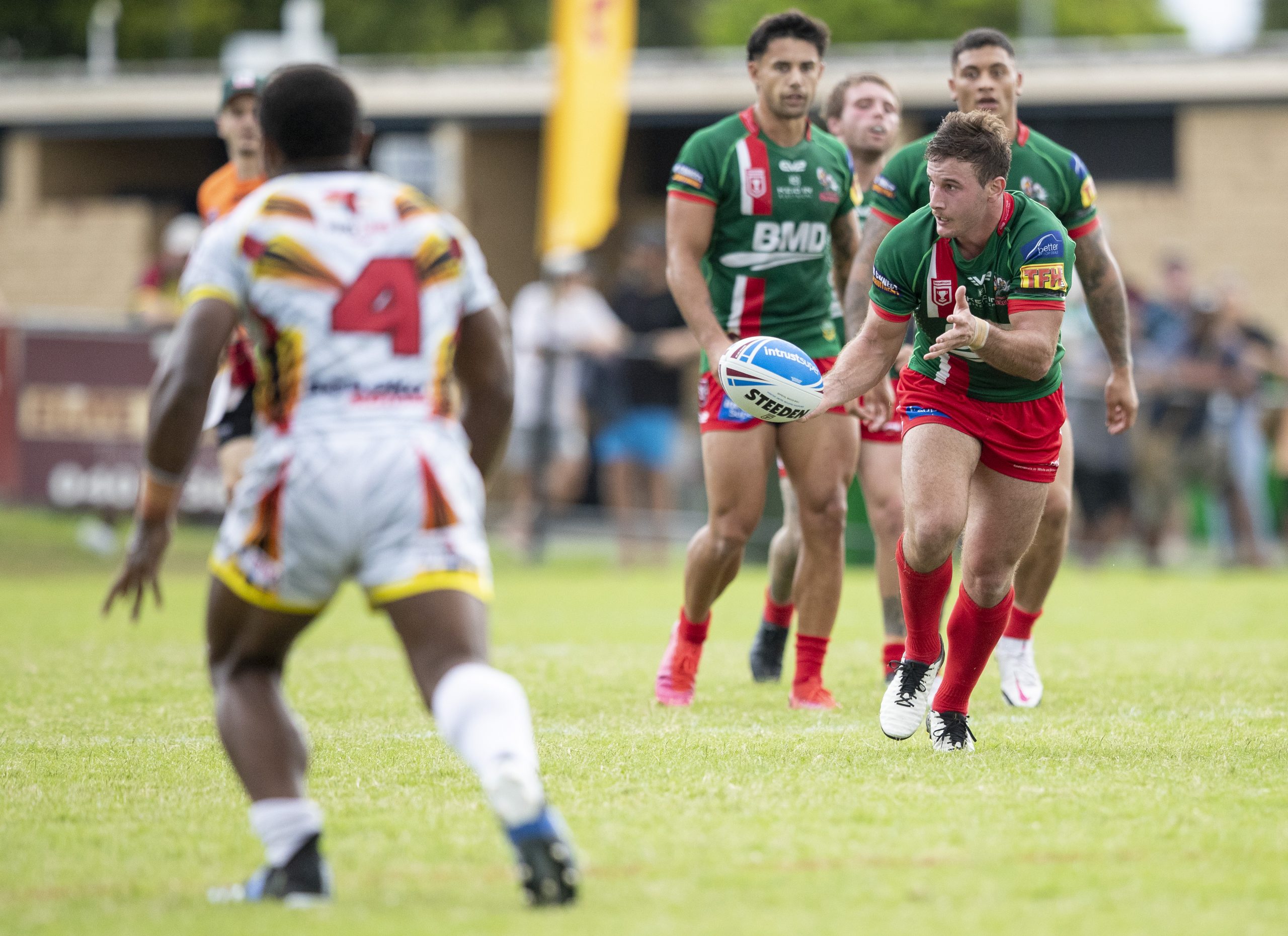 SP PNG Hunters have turned their focus to a burst of consistency as their young squad prepares to again face Intrust Super Cup heavyweights Wynnum Manly Seagulls at Maryborough on Saturday.

Coach Matt Church wants the Hunters to use the last five weeks of the competition to build the consistency that can make them into a competition frontrunner.

The Hunters have torched rivals during their best patches of play but they have learned valuable lessons during other moments when lapses have allowed their opposition to take control of matches.

Some of that best play came in the first week of the season when the Hunters overcame a prolonged period in Covid quarantine to rattle Wynnum Manly, losing by just two points in a stirring season-opener.

“It’s all part of the learning curve for these young guys. We’re getting there. I know what these guys are capable of and how much effort they put in and how much the experience of this season is going to make in their careers,” Church said.

“The last five rounds are our chance of showing how much improvement we have in our consistency. That includes this week when we take on a Wynnum team that has plenty of experience and skill.

“They’ve had a few struggles in recent weeks but that’s the nature of this competition. It’s not easy and you have to be on your game all of the time or other teams can win.”

The Seagulls have lost their last three matches to fall out of the competition lead and they will not have their treasured home crowd this week after the match was moved to Maryborough – a drive of a few hours north of Brisbane.

This will be another experience for a Hunters team that has been learning all season. The 2021 Hunters have only five players with more than two full seasons’ ISC experience in skipper Ila Alu, hooker Wartovo Puara, prop Stanton Albert, five-eighth Ase Boas and halfback Charlie Simon

The others are learning about the importance of consistency and the need to be sharp each week in a competition as demanding as the Intrust Super Cup.

The Hunters have performed well against Wynnum Manly over the years despite the Seagulls’ reputation as one of the best teams in the competition.

The Hunters have won seven of their 12 previous clashes, only just failing to extend that record in March when a Seagulls team with several Brisbane Broncos-contracted players held on for a win at Runaway Bay.

Saturday’s clash will be only the second Intrust Super Cup match in Maryborough – Burleigh Bears won the previous game there against Central Queensland Capras in 2018.

The Hunters welcome back Alu from injury (head knock) and prop Epel Kapinias (returning from an ankle injury). Dilbert Isaac moves to the interchange bench for Alu while Kapinias replaces Sylvester Namo on the bench.

It’s not yet known whether Wynnum Manly will have access to its Broncos-contracted players. That will depend on decisions around the NRL Covid bubble.