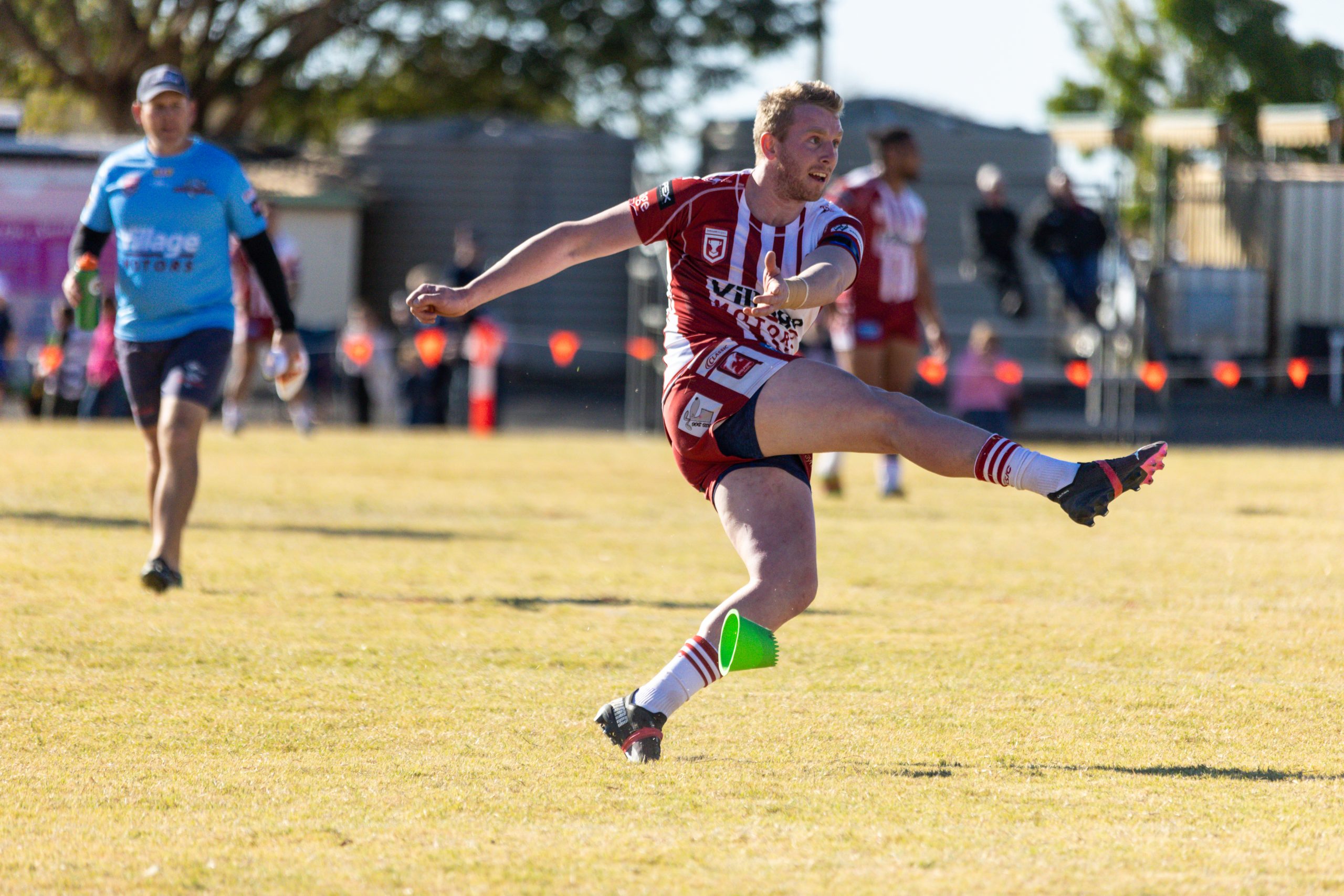 The Redcliffe Dolphins did enough in the first half to hang on 30-24 against Central Queensland Capras at Rockhampton’s Rugby Park in their postponed Round 12 match-up.

The Dolphins looked to be in total control leading 30-6 with only 13 minutes left to go, only for the Capras to score three tries in quick succession to set up a grandstand finish.

The local Rockhampton crowd certainly found their voice, willing on their side to pull off a remarkable comeback, as the Capras had one final set attacking the Dolphins try line in the final minute.

With all the momentum, halfback Jack Madden played short to his big man Bailey Butler who looked certain to crash over under the posts, only for an almighty one-on-one steal from Dolphins forward Tyson Cleal that raked the ball free.

The Capras continued their momentum from last week’s drought-breaking win, with Jedidiah Simbiken opening the scoring in the seventh minute, however, the Dolphins immediately hit back when Shane Pumipi threw a deft short pass to Kina Kepu who crashed over in the 10th minute.

Errors and ill-discipline continued to cruel the Capras chances as the Dolphins controlled field position and possession for a majority of the match.

Things were made even harder for the home side in the first half, when Caleb Tull was sent to the sin bin for his high shot on Dolphins captain Cameron Cullen in the 20th minute.

While they defended bravely with a man in the sin bin, the Capras couldn’t hold out them out for long, as Jayden Nikorima sent his second rower Jarrett Boland through to score in the 26th minute.

Some strong carries from the Redcliffe bench forwards Cleal and Boland gave the halves pairing of Cullen and Nikorima plenty of time to control proceedings, as the away side stretched their lead out to 24 points heading into the final 20 minutes of the match.

Having survived the late scare, the Dolphins found themselves back inside the top four while the win by the Mackay Cutters over the PNG Hunters sees the Capras slide back into last place.