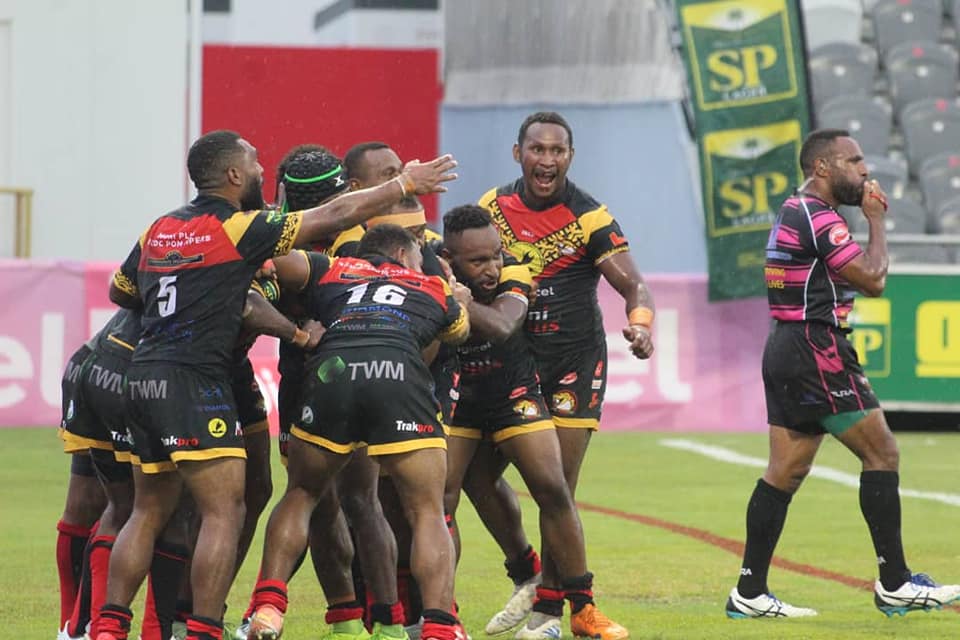 Port Moresby Vipers make it three in a row, whilst Mendi moves to outright second in Digicel Cup

A strong defensive effort from the Port Moresby Vipers has seen defending Premiers, the Hela Wigmen, fall to their third consecutive defeat in the 2021 Digicel Cup season.

The Vipers, who have now recorded three back-to-back wins, repeated their upset win over competition leaders, the Lae Tigers, the week before with a 10 – 0 win over the Wigmen.

In a very physical encounter, only two points were registered in the first half, when Vipers five-eighth Yunny Patricks successfully converted a penalty goal at the end of the first quarter. Vipers halfback, Karis Peters, scored the only try of the match early in the second half after Stanford Talita coughed up the ball for the Wigmen near their tryline.

In other matches played over the weekend, the Enga Mioks recorded their second win of the season when they defeated the Goroka Lahanis 20 – 10 in Minj. After a winless start to the season in the opening six weeks, the Mioks season looked all but over, however back to back wins sees the team just two Premiership points behind the sixth placed Gurias, and a slim hope of making the Finals.

A bumper crowd was on hand at Jonah Amban Oval to catch the double header, with the Mioks to record the ten point with Spiro Thomas collecting a double and having a hand in another try for the Enga based side.

In the other match played the Waghi Tumbe were simply too strong for the Gulf Isou, running out 36 – 6 winners, and leaving the Isou with the worse differential in the competition so far.

Other results from around the grounds saw competition leaders, the Lae Tigers, bounce back from their loss against the Vipers to defeat the Rabaul Gurias 20 – 16 in Lae, whilst the Mendi Muruks moved to outright second on the ladder thanks to their 38 – 4 win over the Central Dabaris.