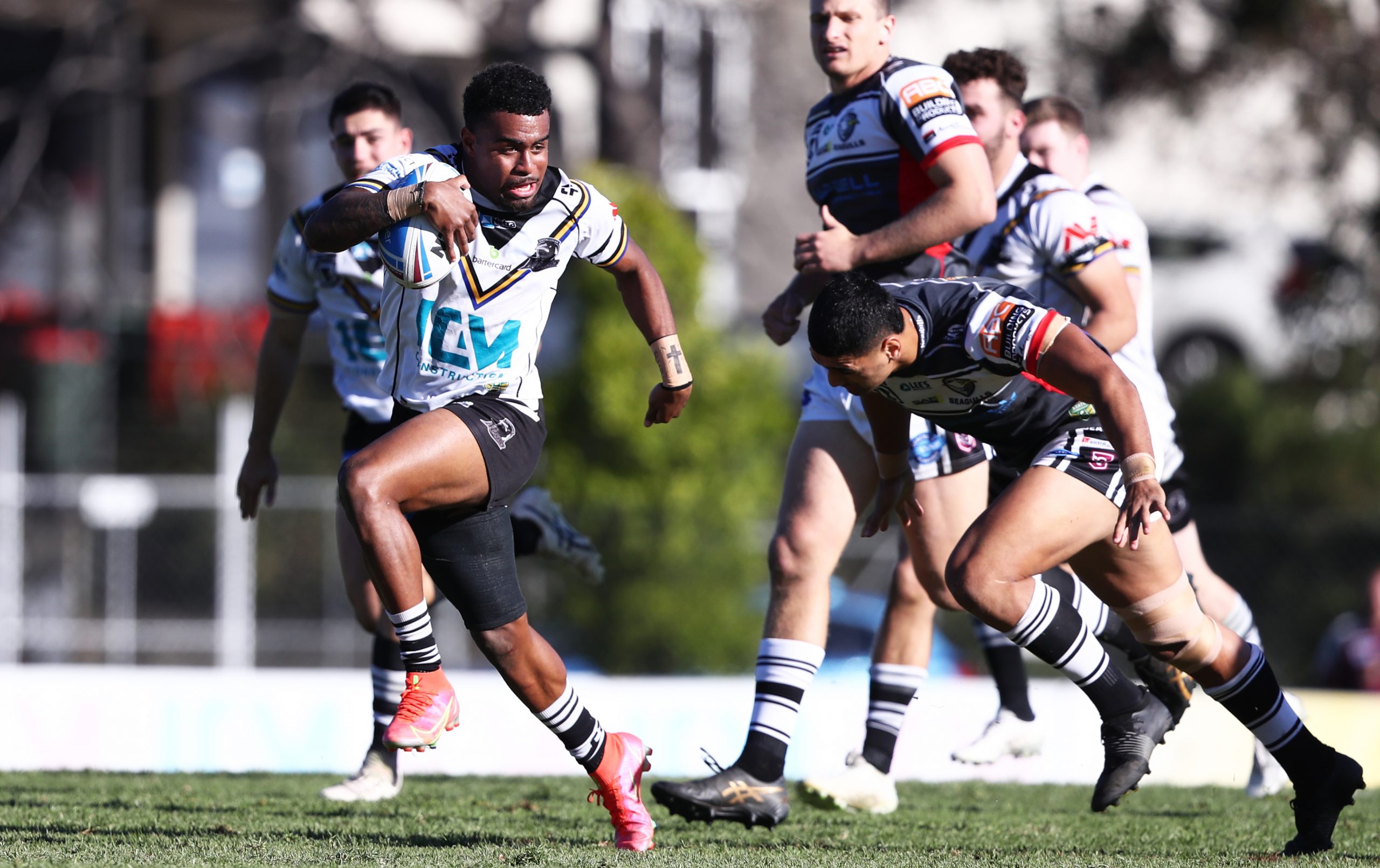 Mam the man for Magpies against Tweed

Ezra Mam starred with a hat-trick as Souths Logan Magpies bounced back to post an important 38-28 win against Tweed Seagulls in their postponed Round 12 match.

The Magpies were on a mission of redemption after two straight losses with coach Steven Bretherton noting in preparation for the Tweed game, the playing group were not deterred by the losses, but were rather working towards achieving their plans and goals during the moments that influenced the game.

Tweed got off to a flying start, taking advantage of multiple errors and turnovers to secure two tries within the opening 15 minutes.

Skipper Lamar Manuel-Liolevave began the try scoring, crossing in the 10th minute and closely followed by Harrison Muller charging over the try-line in the 13th minute.

With a successful conversion from Lindon McGrady, the score was brought to 0 -10.

The Magpies started their comeback as they increased the pressure on Tweed, forcing errors and gaining a set restart.

Kobe Tararo led the charge with a try in the 20th minute which was converted successfully by Mam.

A Joshua James kick set up a great try for Creedence Toia which brought the Magpies within reach of gaining the upper hand on Tweed.

The Seagulls fought back again however with Luke Burton making an impressive line break and scoring to keep his team in the lead.

However, Mam then countered attacked with a try and successful conversion to put the home side ahead at the break 18-14

The second half was off with a bang with Mam scoring his second try of the game off the back of a set restart.

Tweed stayed in the contest however with a double second try to Burton which brought the scores to 24-18.

Magpies forward Unga Wolske added to the momentum and increased the pressure as he scored a powerful try which was successfully converted by Mam.

Mam then secured his hat-trick and successfully converted his own try to bring the scores to 36-18.

Tweed weren’t done with yet however and staged another fightback with tries to Ryland Jacobs and Liam Hampson within five minutes of each other.

The two teams engaged in a massive defensive battle as with a score of 38-28 there was potential for any team to emerge victorious.

However, the Magpies held on and Mam sealed the deal with a penalty goal in the 74th minute.

Overall, coach Steven Bretherton was impressed with the effort of his team and the way in which they “stuck to their processes”.

“It was very pleasing what they brought to the team at such young ages,” Bretherton said.