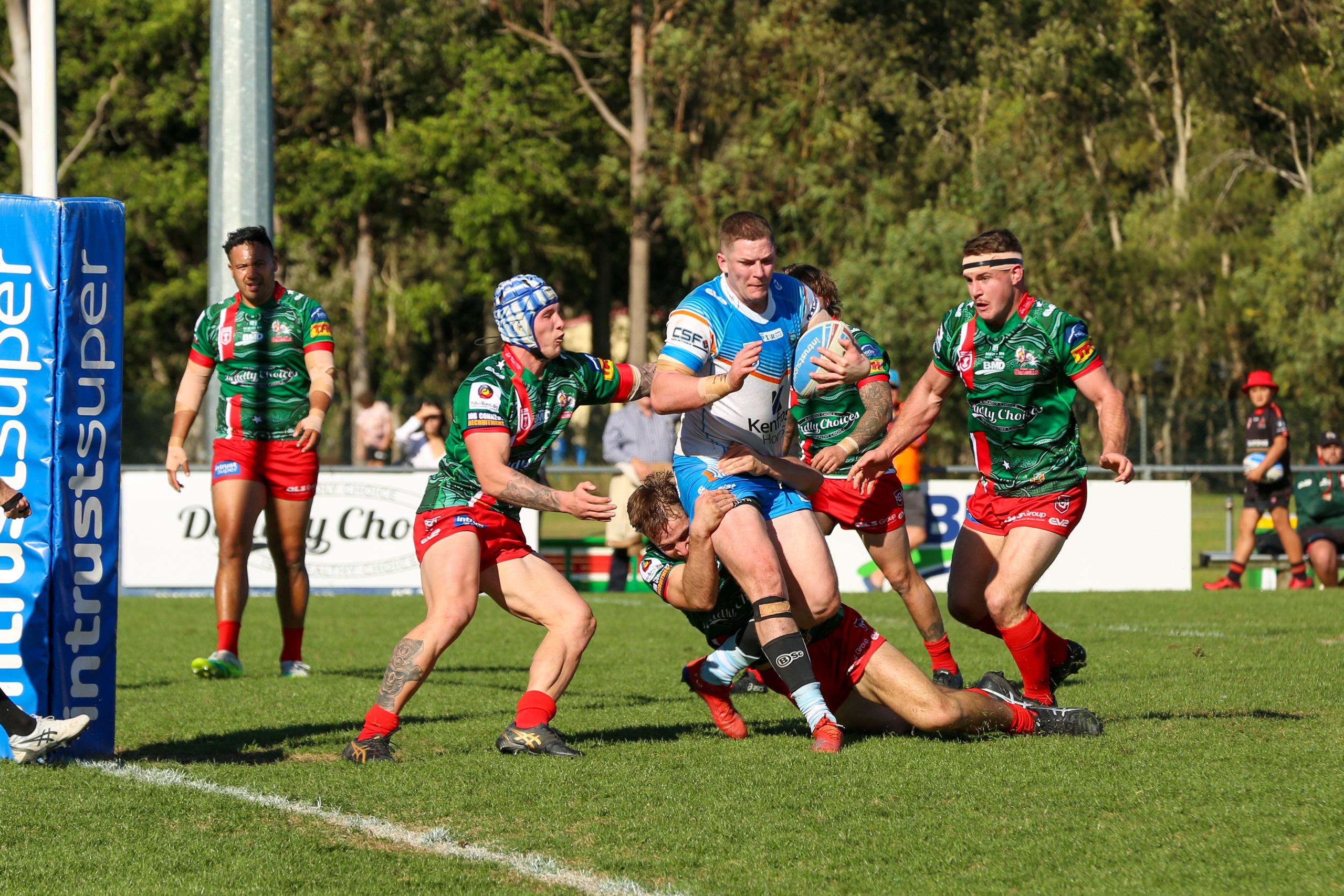 Anyone thinking the Northern Pride aren’t up to it in the Intrust Super Cup would be sadly mistaken.

The Pride commuted down from Cairns to Pinklands Sports Complex to take on the Wynnum Manly Seagulls at their annual Deadly Choices game supporting Indigenous health initiatives.

You could assume all that travel would make Pride tired and lethargic, but they were anything but.

On the back of a Joshua Stuckey hat-trick, the Pride ran in seven tries to two to completely overpower the Seagulls flock 42-12.

Right from Grant Anderson’s try for the Pride in the third minute, Pride were up and about and applauding each players’ efforts in defence, attack, play the balls and more.

It was the polar opposite for the Seagulls; they were lacking their usual spark.

For a brief moment in the the eighth minute when Francis Kalisolaite-Tualau crashed over close to the posts and Jack Campagnolo converted, you were guilty of thinking “…ok here we go, the ‘Gulls are back in it”. But sadly, that was a very fleeting thought.

Four minutes later Stuckey scored his first of three tries close to the posts, converted by Grant Anderson, taking the Pride to 12-6.

The mood of the Seagulls soured even more when perennial workhorse Matiu Love-Henry was taken from the field with a significant leg injury, that could see him out for the season. Love-Henry is very much the barometer for team cohesion and energy and when he left you could see the Wynnum Manly side’s heads drop.

From there, errors and poor defence took over the Wynnum Manly team’s game and the Pride took full advantage.

A converted try to Tom Steadman in the 35th minute saw Pride go to the break 30-6 up and the comments in the fairly sizeable local crowd were “…….the Seagulls will bounce back in the second half”.

Unfortunately that would not be the case.

Understandably the mood in the Wynnum Manly dressing shed after the game was very sombre.

Coach Adam Brideson shared “we allowed ourselves to be outplayed in every facet of the game today…. we are better than that”.