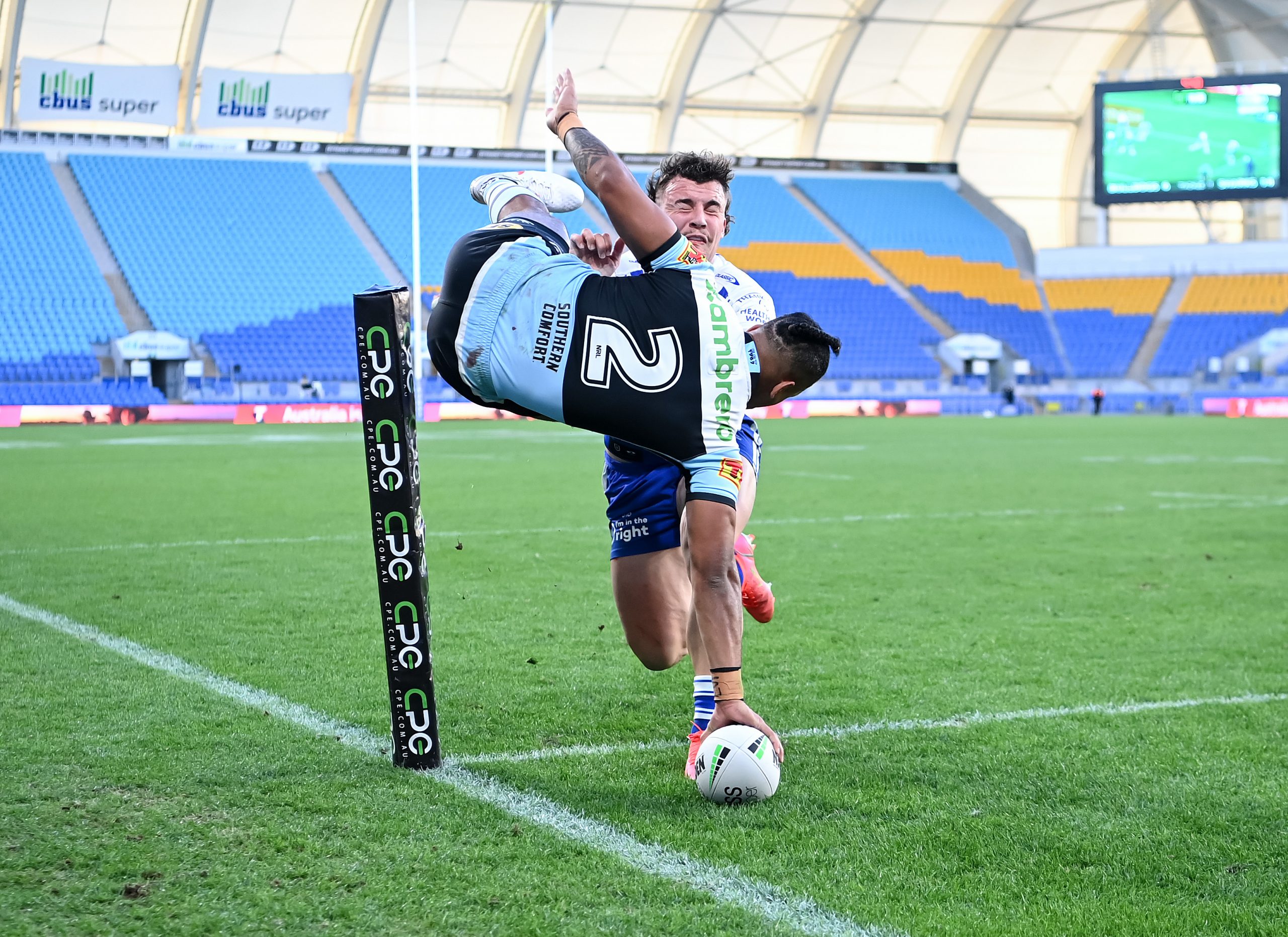 Johnson leads Sharks to big win over the Bulldogs

Shaun Johnson only needed 33 minutes to tear the Bulldogs to shreds.

But with fears his hamstring now resembles some of the threadbare defence shown by Canterbury and Cronulla on Sunday, the Sharks’ planned run up the NRL ladder toward a finals assault faces a sizeable hurdle in the wake of a nervy 44-24 victory.

Johnson’s history of soft-tissue injuries – he has suffered multiple hamstring issues in the past two years along with a long-term Achilles rupture – has naturally raised fears over when, or if, the Warriors-bound star will be seen next in Sharks colours.

Cronulla coach Josh Hannay will await scans on Monday, wary of the impact injuries had in a mid-season slump that had the Sharks sat in 14th position just two months ago.