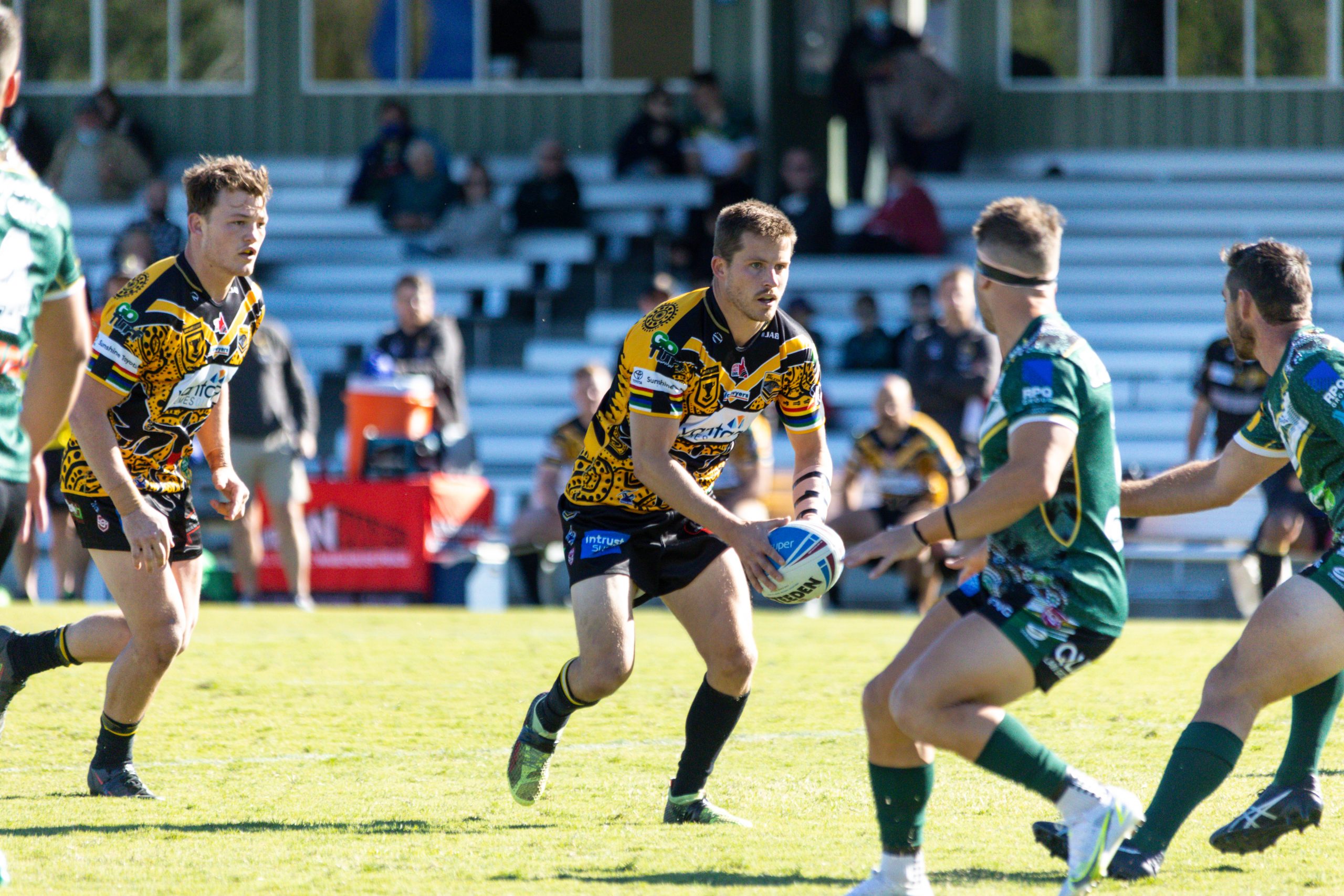 The Sunshine Coast Falcons revisited their successful game plan from their last visit to North Ipswich Reserve and again put on an attacking show to post a 46-0 win over the Ipswich Jets in their postponed Round 12 game.

The last time the Falcons came to Ipswich in 2019 it was a Harry Grant and Nicho Hynes who did the damage in a 62-8 loss, this time it was Nat McGavin who scored a hat-trick, repeating his success from the last time the teams met in Round 3.

Today, the Falcons went hard from the start and never let up, applying pressure to the Jets early to score in the second minute when they forced a repeat set and with the ball safely in their keeping went left where big centre William Toloi had his fifth try for the Sunshine Coast.

Kicking into a gale, Todd Murphy nailed the extra points and the Sunshine Coast lead 6-0 after five minutes.

The Jets spoke about the running danger of fullback Luke Polselli, but they couldn’t stop the fullback.

The Jets right edge was tested again when Polselli went through and touched down for his ninth try in seven games.

The Falcons had eight sets to three and were making the most of the ball, despite having to navigate 10 minutes minus Tom Rafter who had to sit out to think about his choices.

The Jets were ready to take advantage of the extra man and make some ground back up when Rhys Jacks rolled a kick through, but captain Nat Neale was unable to ground the ball and the Jets threw their hands up in frustration.

The Jets short kick might have given the Falcons an idea because they went up the other end and rolled it into the Jets’ in goal and Toloi had his second try after picking it up off his boots and diving over.

The Falcons led 24-0 with 12 minutes still to go until half-time.

Nathan Saumalu was the next to catch out the Jets’ left edge and scored his first try this season with Murphy kicking the Falcons to 30-0 which was the score at half-time.

At the break, Jets coach Keiron Lander spoke about the Jets making their next half their best half of the season and challenged his Jets to turn around the performance.

The Jets stopped the bleeding, but the wound was re-opened when Falcons left winger Nat McGavin sliced through for his fourth try in two games this season against Ipswich.

Murphy kicked the two points and after 20 minutes in the second half, the Falcons extended their lead to 36.

McGavin wasn’t done with tormenting the Jets for 2021 when he popped up on the right-hand side and scored another try to take his personal tally against the Jets to five and push the Falcons to a 42-0 lead.

McGavin had one more try in him and go it after reaching high to take down a kick and then find the line to take the Falcons to the winning margin of 46-0 with 10 minutes remaining.

Falcons lock Sam Burns was pleased with the win and said the team had done a lot of hard work during the week.

“We trained really hard this week, our defence was determined to stop the Jets offloads and two pass shifts and I think we did that today,” Burns said.

“It’s a hard day with wind and cold but we just had to do it today.

“Todd Murphy was exceptional and Luke Polselli was dangerous for us all day.”