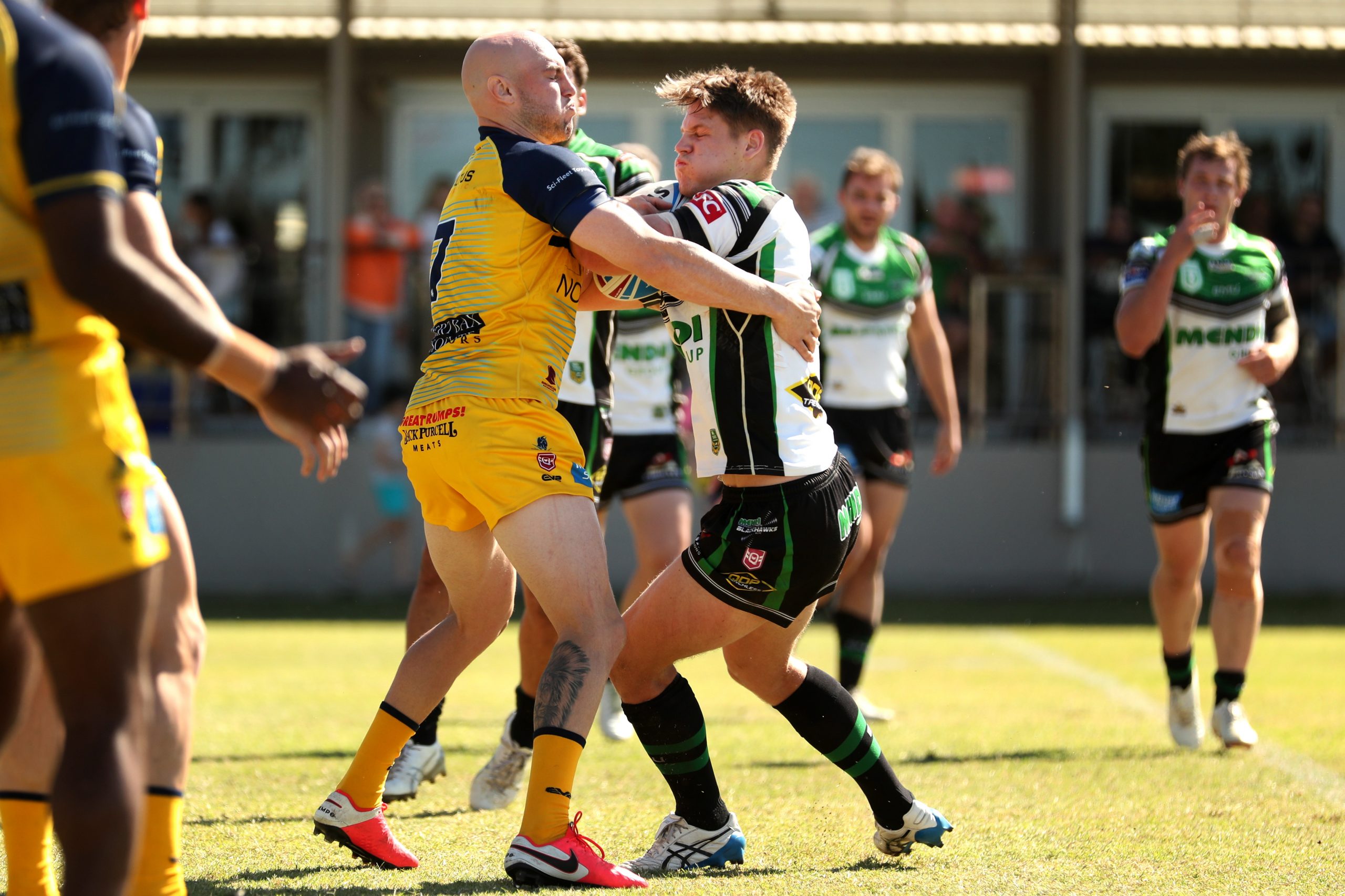 Devils continue their run with takedown of Townsville

The Townsville Mendi Blackhawks took Norths Devils in their postponed Round 12 fixture with the visitors continuing their winning streak with a 29-22 victory at Jack Manski Oval.

The loss was Townsville’s first since Round 8

In an entertaining game, Norths were first to put points on the board through Connor Broadhurst in the opening minutes, with Broadhurst – who was named in the centres this week – converting his own try.

Norths extended their lead shortly after in the 10th minute through Rashaun Denny and followed that with another successful conversion from Broadhurst.

Patrick Kaufusi was the able to give the Blackhawks their first try, but Shaun Nona was unable to add on the extra points.

North Devils fullback, Matthew Milson added to the tally for the visitors, scoring as half-time approached.

The score was left at 18-4 after the first 40 minutes with the North Devils in the lead.

“Every time we look to build pressure on them, we release it,” Townsville coach Aaron Payne said about his team’s performance in the opening half.

With the second half underway, Norths kept up their intensity by scoring through Jacob Gagan who extended their lead once more.

However, a series of errors by the Norths gave the Blackhawks a chance to come back with Sione Lousi crossing under the sticks and Nona successfully raising the flags.

But then a penalty for Norths allowed them to take shot at goal, successfully extending their lead.

Despite all the defensive efforts from the Blackhawks, it wasn’t enough to keep their opposition out with Denny getting his second try of the day.

The Blackhawks hadn’t given up however and Carlin Anderson broke the Norths defensive line next to score under the posts in a great individual try, making the conversion an easy job for Kyle Laybutt to add on the extras.

some clever thinking and a field goal from Norths halfback Jack Ahearn ensured that the game was well in the Norths favour as the game wound down.

It proved a good decision as the Blackhawks again pressed for points with Sam Martin-Savage stripping the ball to score on the breakaway with Kalifa Faifai-Loa quickly converting to attempt salvage the match.

But it was too late and just as the siren sounded, Blackhawks prop Joe Boyce was sent to the sin bin as the North Devils came off victorious with a final score of 29-22.

The match was also soured for the home side by an injury to lock Jordan Kenworthy.