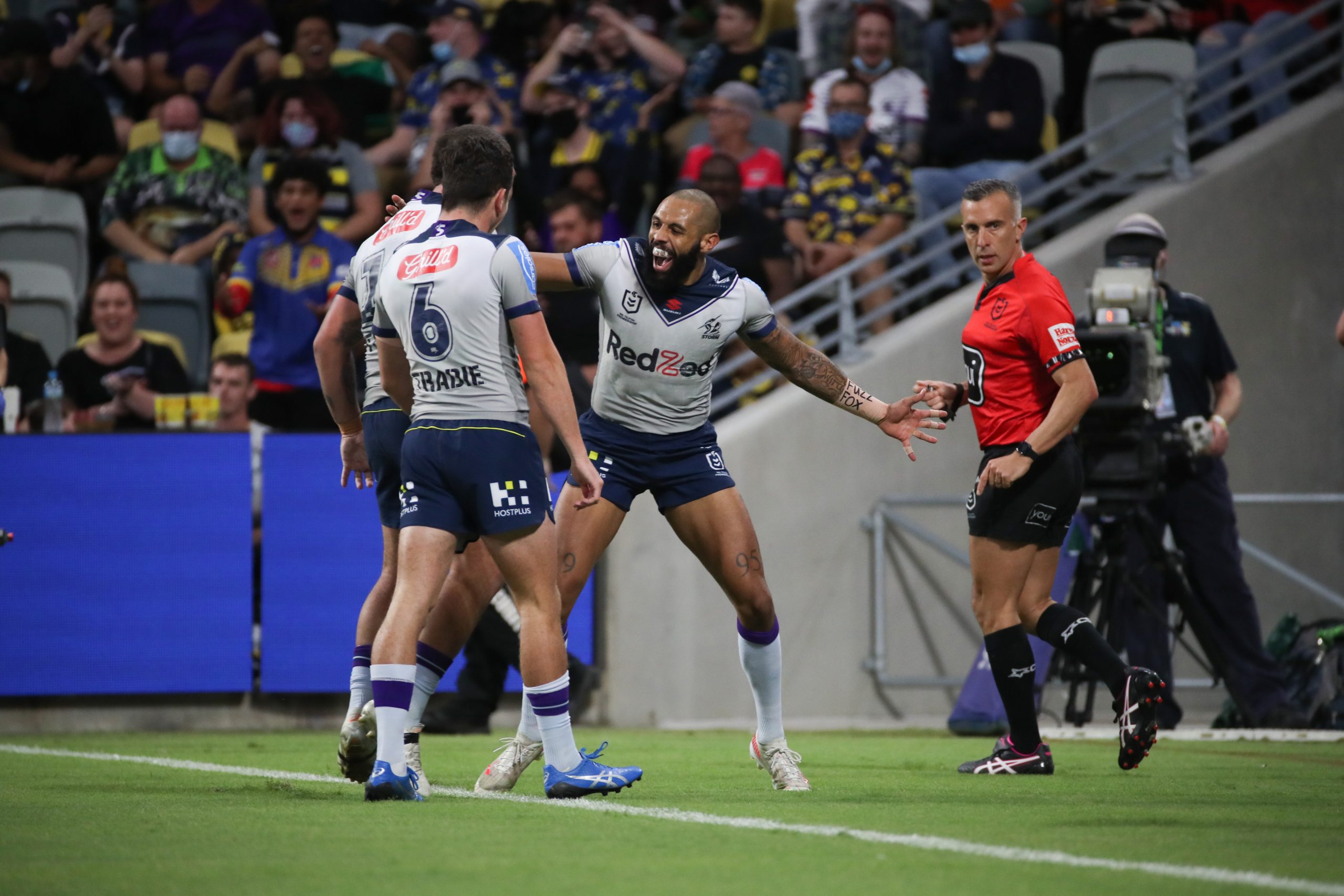 Ryan Papenhuyzen emerged unscathed in his long-awaited return from concussion against the Cowboys as an out-of-sorts Storm avoided an all-time boilover to secure a club record equalling 15 straight wins.

The upset of the season was brewing when a brave North Queensland struck the front in the 52nd minute before Melbourne halfback Jahrome Hughes stepped up to help secure a 20-16 victory on Friday night.

Sidelined since round 10 after being knocked out by Dragons forward Tyrell Fuimaono, the electric Papenhuyzen was eased back into competition via the bench at QCB Stadium.

He was injected in the 47th minute, slotting into his favoured fullback role as Nicho Hynes moved to hooker with Brandon Smith off the field for a HIA.