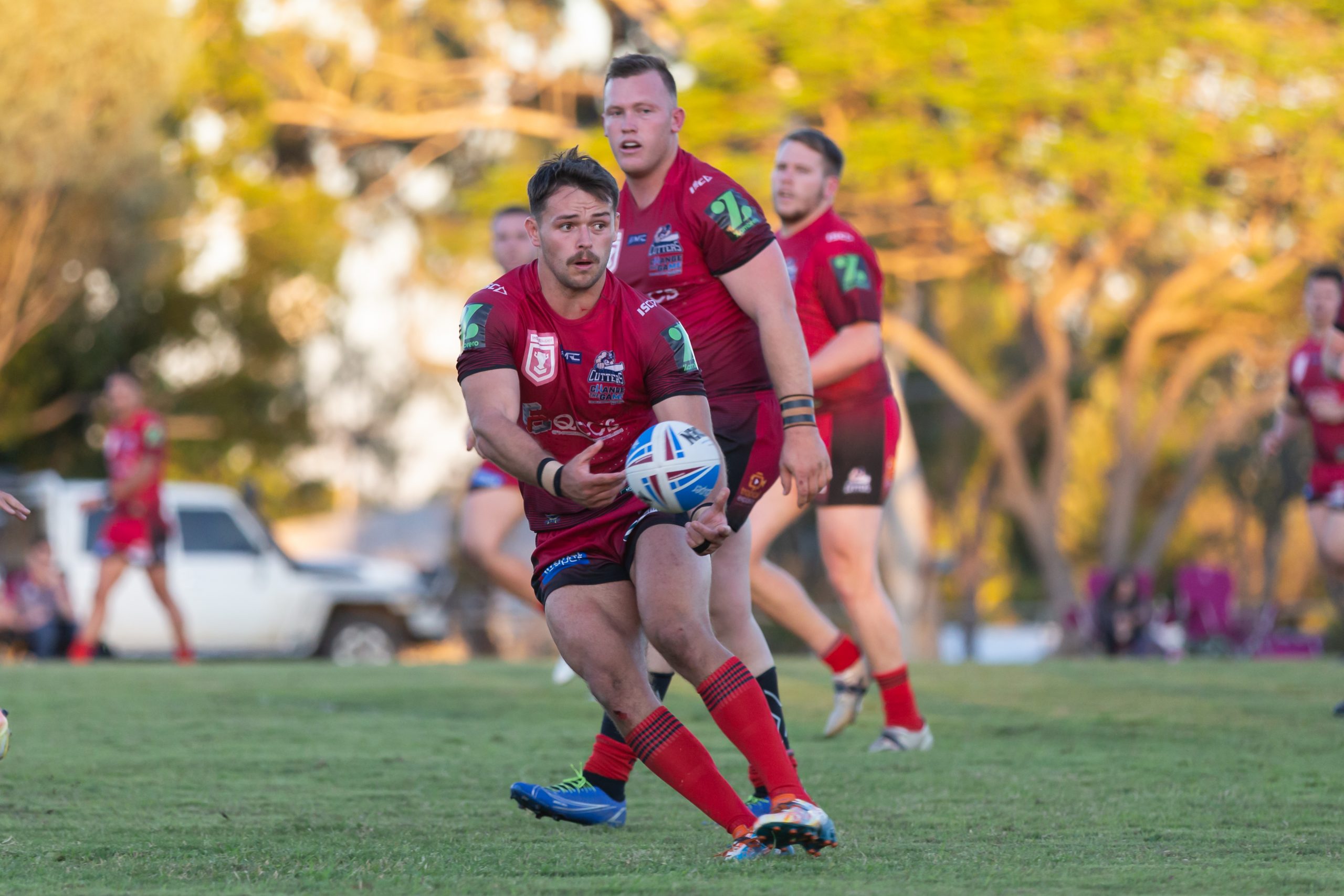 PNG Hunters unleashed some of the best football of their season before a rush of Mackay Cutters tries led to an upset result in the Intrust Super Cup clash at Bycroft Oval today.

The Cutters won 40-30, scoring four tries in 19 minutes in the second half to claw back a deficit before a strong Hunters home crowd.

The Hunters had picked up from where they left off in last weekend’s stunning win over the Northern Pride in Atherton as winger Junior Rau marked his 50th game in style with three tries by the fourth minute of the second half.

Brendon Gutono scored twice while the flying feet of Solo Wane found the try line again as the Hunters used the full width of the field to get past the Cutters defence.

The Hunters looked slick as they spread the ball and defended their line with determination to establish a 30-14 lead but this game was decided by tries.

The Cutters finished with seven tries to the Hunters’ six as Buchanan Rawhiti, Matiu Stone-Dunn and Ross Bella each grabbed doubles.

Bella’s tries were critical, crossing in the 69th and 74th minutes to push the Cutters ahead. A penalty goal on full time stretched the final margin to 10 points as the Hunters lamented a match that was in their grasp.

They were frustrated two weeks earlier when a healthy half-time lead against the Sunshine Coast was pegged back by the Falcons in a difficult second half.

“That feels like the match that got away from us,” Hunters coach Matt Church said.

“We played some excellent football in patches today but then we played some patches that let Mackay get back into the game and challenge us.

“Everyone is very disappointed with the outcome today. We need to channel that disappointment into the consistency that we know we can show as a team. We showed it last week against a good team a long way from home but we didn’t maintain it today.”

The Northern Pride underlined the strength of the Hunters’ win over them last week when they travelled to Brisbane today to thrash second-placed Wynnum Manly by 30 points.

The Hunters initially looked set to continue their impressive set as their backline again made the most of their forward strength, using every inch of the Bycroft Oval width.

Gutuno continued his good try-scoring form but a hamstring twinge prevented him from returning to the field in the second half.

Ase Boas captained the Hunters in the absence of injured skipper Ila Alu, who hopes to return next weekend when the Hunters head north to Maryborough to meet Wynnum Manly.

The Cutters will head south for a second consecutive weekend to meet the Dolphins at Redcliffe.