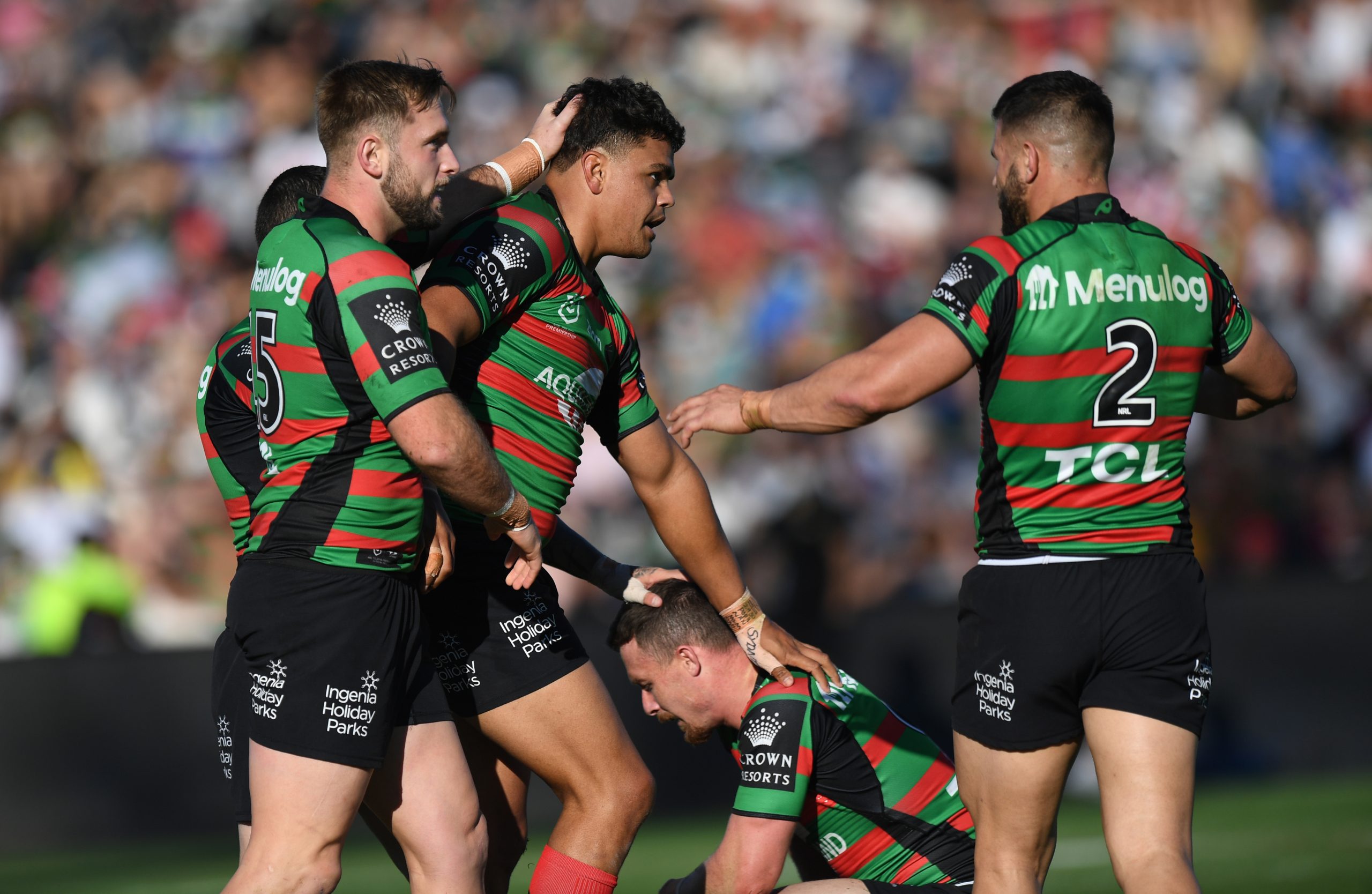 The injury curse struck again for the New Zealand Warriors while South Sydney showed no mercy, romping to a 60-22 NRL win at Sunshine Coast Stadium on Saturday.

The Rabbitohs (15-3 record) celebrated the return of Origin X-factor Latrell Mitchell with their seventh straight win, piling on 11 tries to four against a shellshocked Warriors.

South Sydney appear to have a top-four spot locked up after registering 60 points for just the fourth time in their club history despite Cody Walker being troubled by a knee complaint and his halves partner Adam Reynolds being rested in the 59th minute.