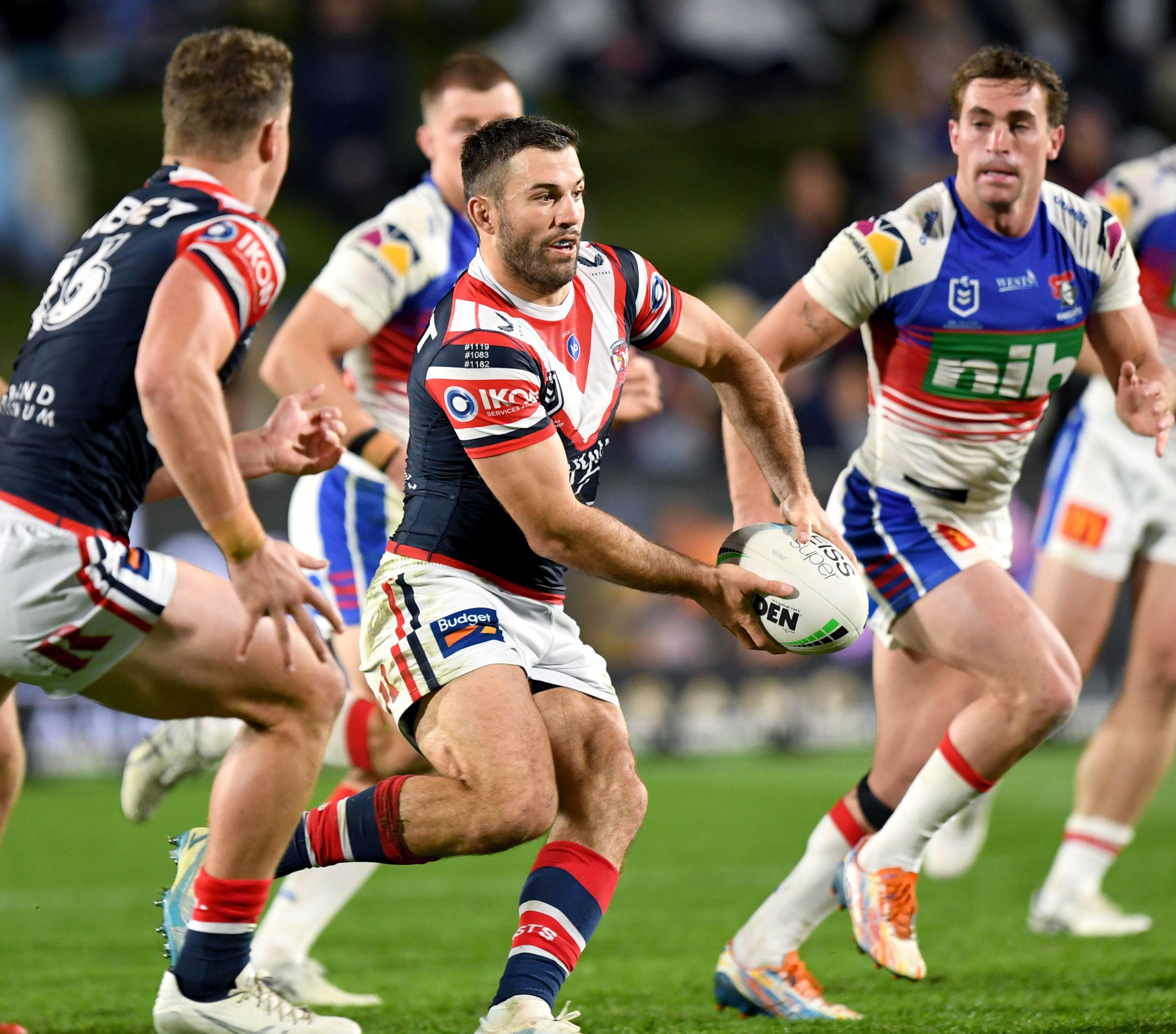 Tedesco stars as Roosters defeat Knights on the Sunshine Coast

Superstar fullback James Tedesco stood tall as the Roosters fought back from being eight points down to beat Newcastle 28-8 at Sunshine Coast Stadium on Friday night.

Tedesco ran for 224 metres and had four try assists, four line-break assists and seven tackle breaks to lead his team to their 12th win of the season but it came at a cost as outside backs Matt Ikuvalu and Billy Smith both suffered ankle injuries.