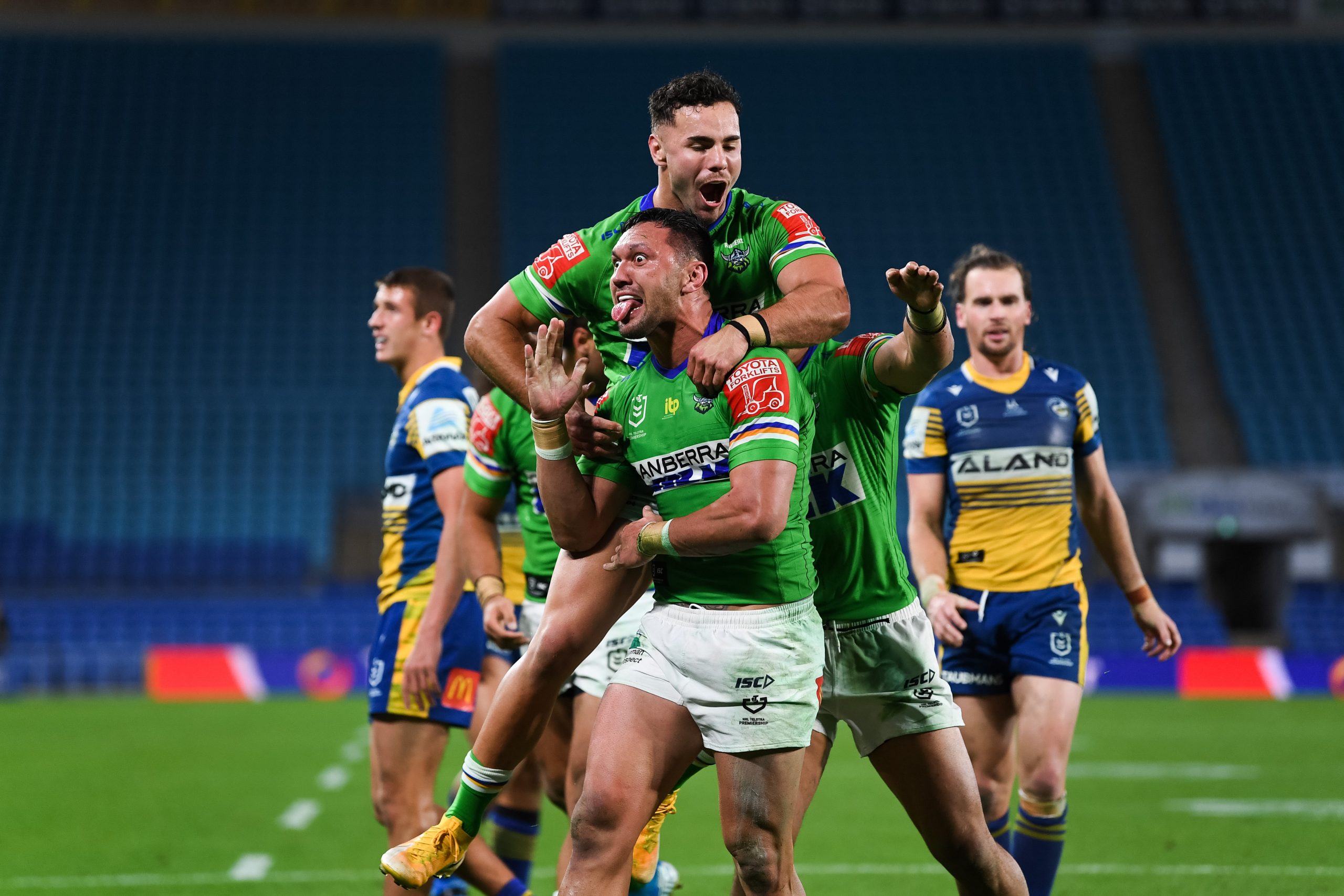 Finals footy arrived early as Canberra defied the loss of wrecking ball Josh Papalii to grind out a 12-10 NRL win over Parramatta at the Gold Coast on Thursday night.

The Eels went down swinging, cutting the deficit to just two points in the 76th minute when Maika Sivo crashed over off a Jake Arthur kick, but Clint Gutherson missed the sideline conversion.

Sivo had another crack at the line seconds from full-time but outstanding Raiders replacement fullback Jordan Rapana somehow bumped the hulking Fijian into touch with his hip to seal a gutsy win.

Desperate to stay in the top eight mix, the Raiders (8-10 record) held on for their third win in a row despite the brutal exchange adding to their already worrying injury list.