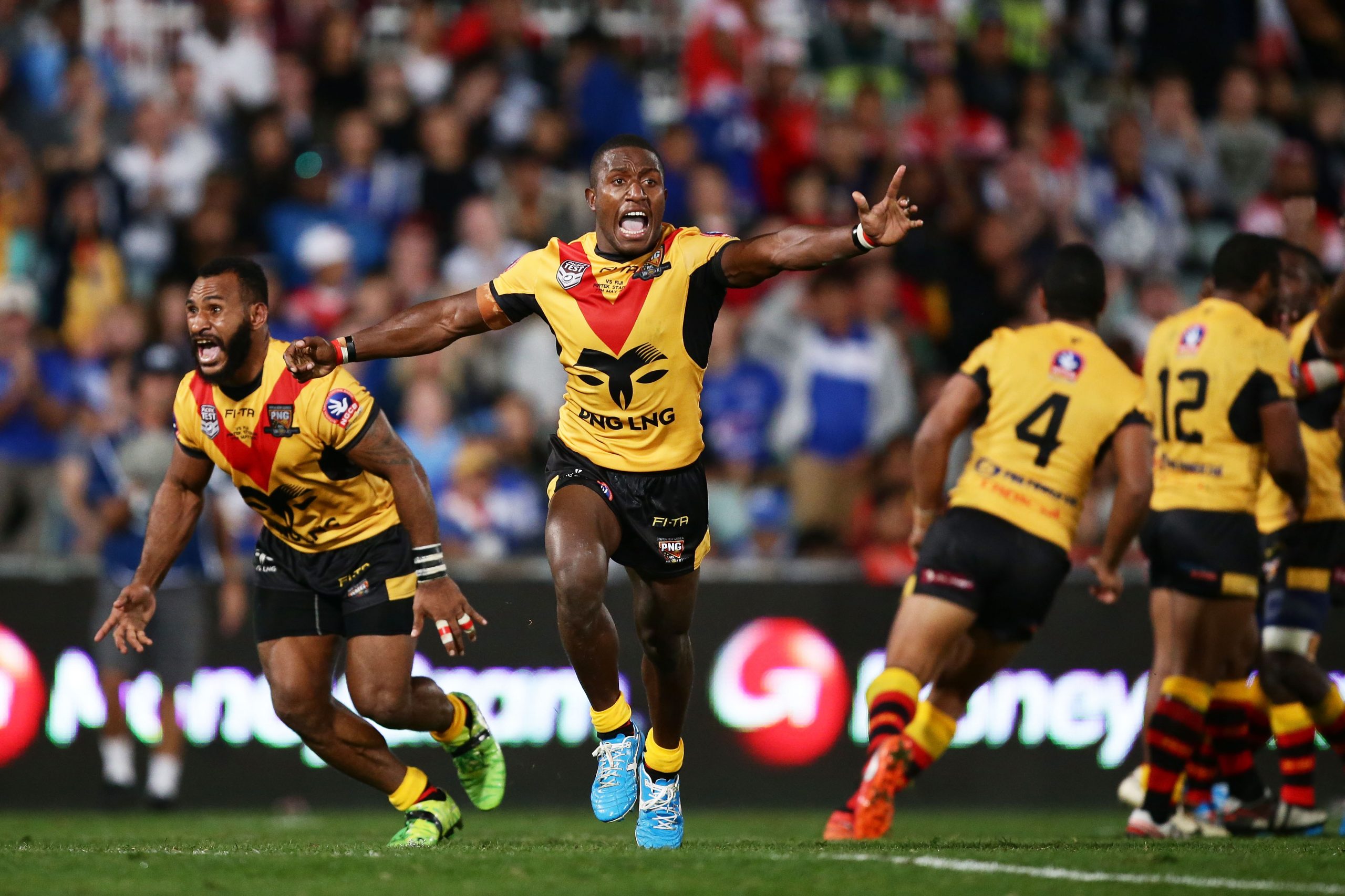 Rugby League fans across Papua New Guinea will be able to watch and listen to every match of the PNG Kumuls and Orchids live and free after government owned enterprise, Kumul Telikom Holdings (KTHL) Limited, acquired the exclusive rights to broadcast the 2021 Rugby League World Cup which will be held in England in October

As part of the agreement, subsidiary companies EMTV, Telikom TV and FM100 will broadcast all 46 matches of the tournament across the Pacific Nation, with EMTV to broadcast all games live and then replay all matches involving the Kumuls and Orchids nationally at 8:30pm that same day.

Speaking at the announcement of the broadcast deal, KTHL managing director Jessie Wangua said the company wanted to give a chance to all Papua New Guineans to watch their teams.

“It will be very exciting and we need the support of all citizens when our Kumuls and Orchids are out there playing in England”, Wangua said.

“That’s why KTHL is partnering with PNGRFL to give the opportunity to everyone to have a feel of the tournament.”

“On behalf of rugby league family globally, I commend the support of KTHL and EMTV bring this tournament, which is the pinnacle of rugby league, to our people”, Tsaka said.

“Our teams, Kumuls and Orchids are set to compete and finish better than the previous tournament.”

The KTHL deal also includes Digital and Mobile rights, with EMTV’s online platform and Telikom TV to also stream every game of the tournament.

The 2021 Rugby League World Cup will take place this October in England, with sixteen teams set to take part in the Men’s event and eight in the Women’s. Papua New Guinea is represented in both tournaments, with the Kumuls (Men’s) kicking off their campaign on October 26 against Tonga in St Helens and the Orchids (Women’s) will face Canada on November 9 at Leeds.