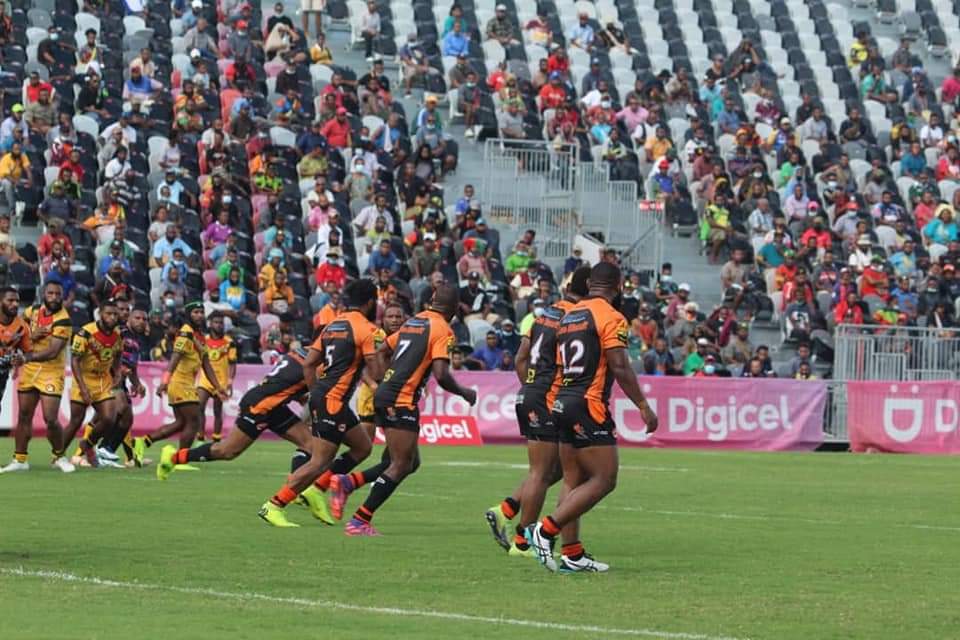 The Port Moresby Vipers have handed the Lae Tigers their first loss of the 2021 Digicel Cup season, in an inspired performance at the club’s home venue.

Despite being scheduled at the National Football Stadium in Port Moresby, the Lae Tigers were predicted by many to make it sevens wins on the trot especially against a Vipers side which had not lived up to their preseason expectations.

The Vipers however had other ideas and put on one of the club’s best performances of the season to win 20 – 16 after leading 14 – 10 at halftime.

Viper’s prop forward, Benjamin Timothy was awarded Man of the Match for an inspired performance for the home team.

The win sees the Vipers retain fifth spot on the ladder, whilst the Tigers now share top spot with the Mendi Muruks.