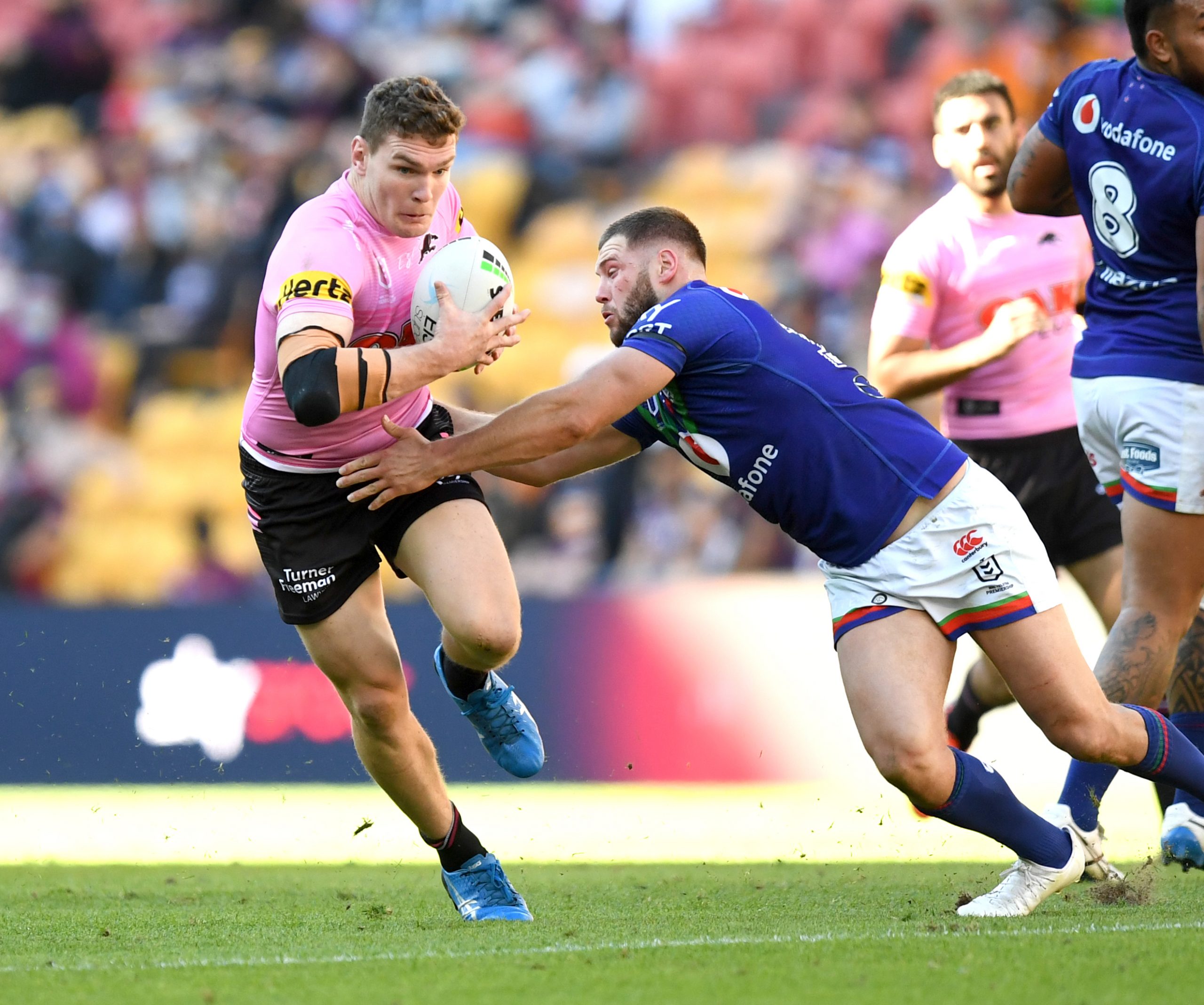 Panthers romp away as outgunned Warriors run out of troops

In the end a horror injury toll proved too much for a depleted New Zealand Warriors as Penrith ran out 30-16 winners in their NRL clash at Suncorp Stadium on Sunday.

The Warriors (5-12 record) crashed to their sixth straight loss in a major dent to their top eight hopes but no one will doubt their courage after never backing down despite having their bench cleared by halftime.

The Panthers (15-2 record) showed no mercy, running in three second-half tries in 13 minutes to keep their hopes of a second straight minor premiership alive.