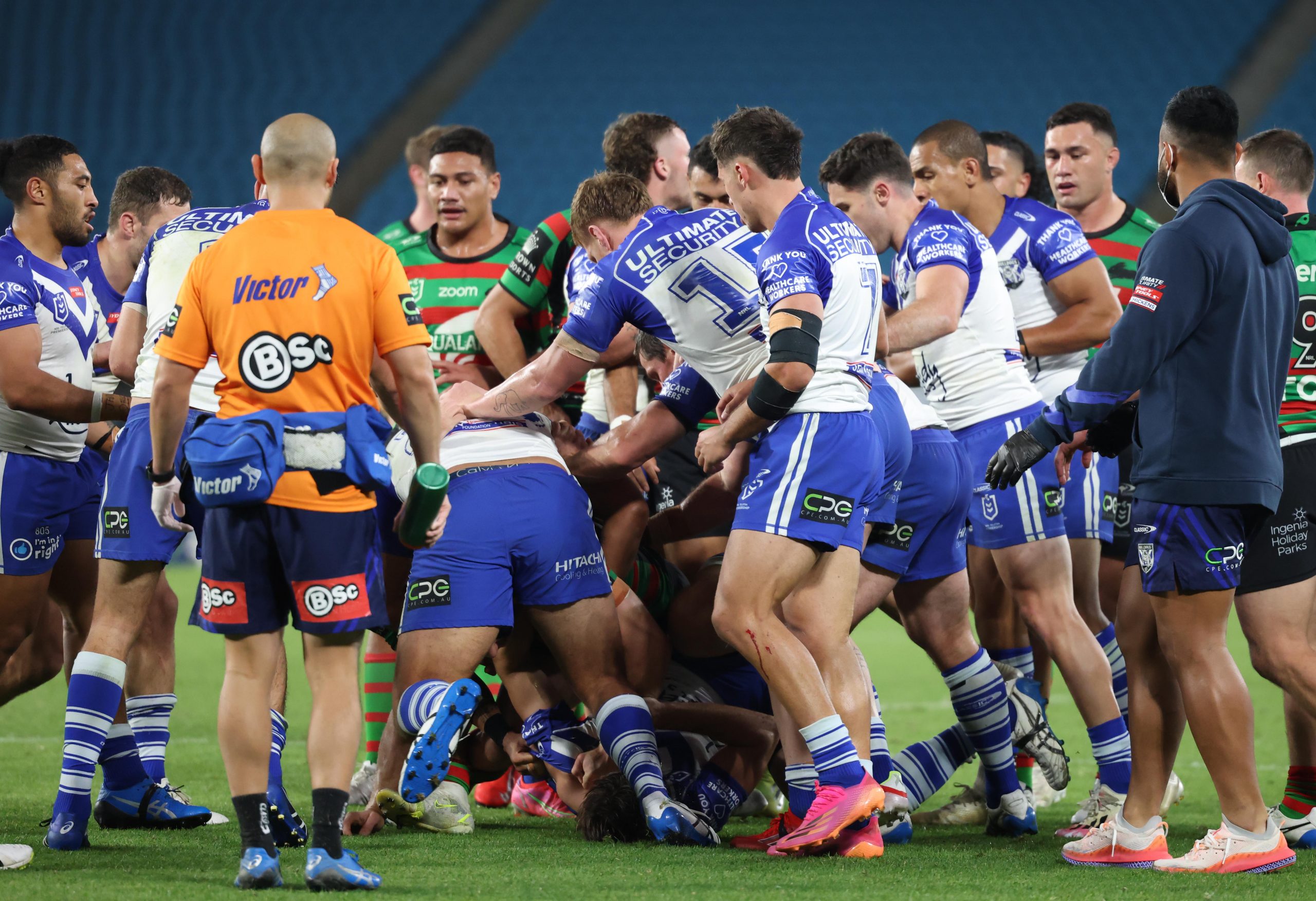 A half-time brain explosion from Lachlan Lewis has cost the Bulldogs the chance of a massive upset and just their third win of the season, with the Rabbitohs snapping into gear in the final quarter to record a 32-24 win.

Lewis was sin binned after a bizarre altercation with South Sydney’s Cody Walker as teams walked from the ground at the break on Sunday night at Cbus Super Stadium, crash-tackling the Bunnies five-eighth to the ground after the pair had been involved in a bit of banter while leaving the field.

The incident sparked a melee between the teams, with Lewis sin-binned for instigating the stoush, leaving his team to start the second half a man down in a hammer blow to his side’s chance of causing an upset.