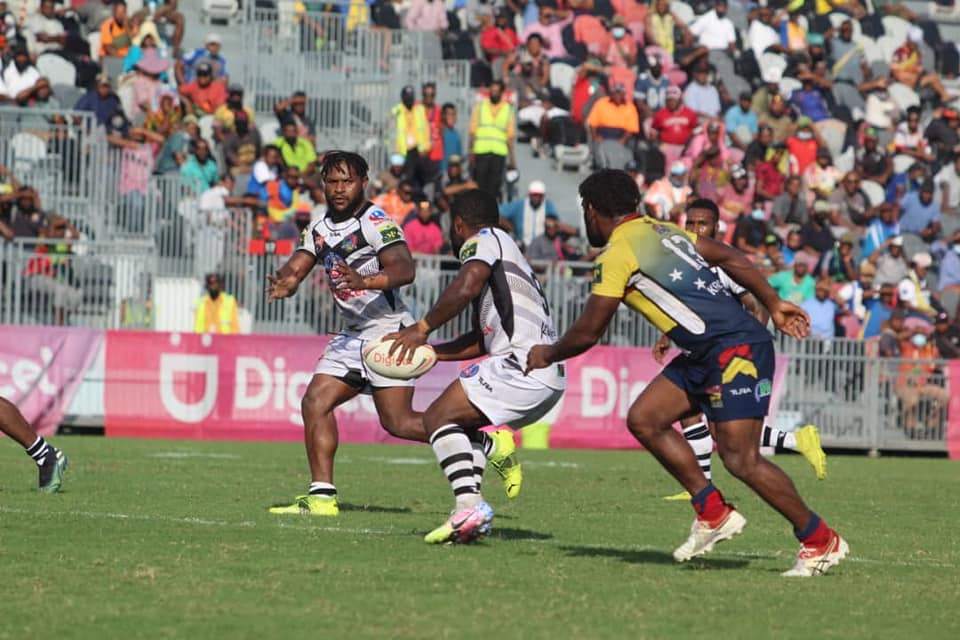 The Mendi Muruks have handed the Hela Wigmen their second loss of the season in a tight battle at the National Football Stadium on Sunday.

The Wigmen, who won their opening five matches of the season, have now loss back-to-back matches, with the 18 – 16 loss to the Muruks following their loss to the Lae Tigers the week before.

In a tight battle, both teams scored three tries a-piece, with only the superior goal kicking of Josiah Jimmy separating the two teams.

In a fast paced start to the game, it was the Muruks who scored first when Nelson Yei crossed in the opening minutes of the game. Josiah Jimmy converted Yei’s try to give the Muruks a 6 – 0 lead before the Wigmen hit back with tries to wingers Siki Konden and Ian James. Allan Simbiri converted James’ try to give the defending Premiers a 10 – 6 lead, before the Muruks scored just before halftime to give the Mendi based club a 12 – 10 lead at the break.

In the second half, centre Junior Igila crossed for a converted try for the Wigmen, giving the team a 16 – 12 lead, which they held until the 76th minute when Leon Undupea crossed for the equaliser, before Jimmy kicked the match winner.

Muruk’s fullback, Dickson Pipi, was awarded Man of the Match.