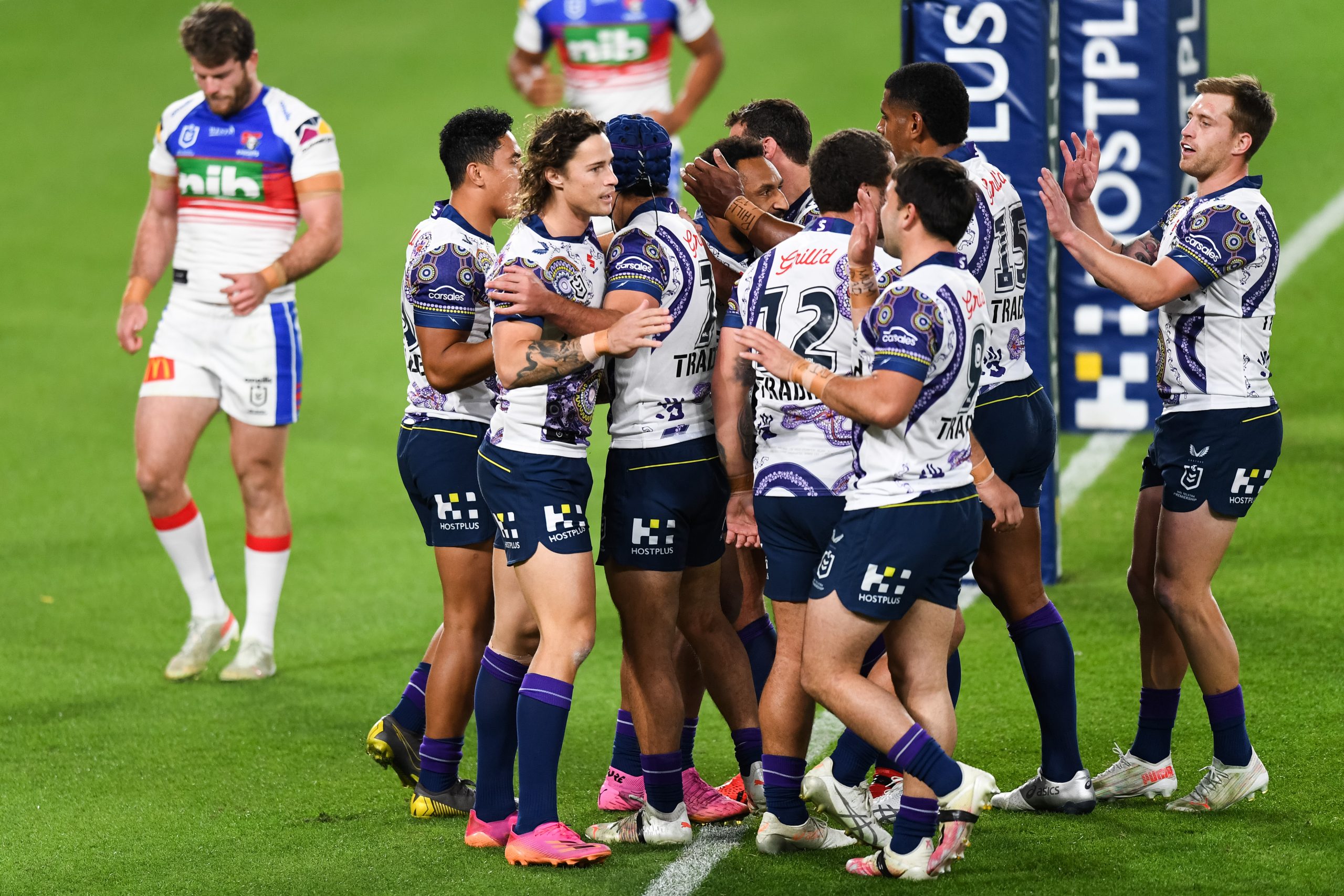 The Melbourne Storm have overcome an unsettled week to put the cleaners through Newcastle 48-4 at Cbus Super Stadium on Saturday night.

Forced to flee Melbourne on Thursday before the Victorian capital went into lockdown, the Storm could have been forgiven for being out of sync, but instead they ran in five first-half tries to blow Newcastle away and show they can overcome any hurdles put in front of them.

Craig Bellamy’s men won a premiership while based at the Sunshine Coast last season, they have an admirable record at Suncorp Stadium, and now they seem to be settling in just fine at the Gold Coast hub. The eight-tries-to-one win was the Storm’s 25th consecutive victory in Queensland.