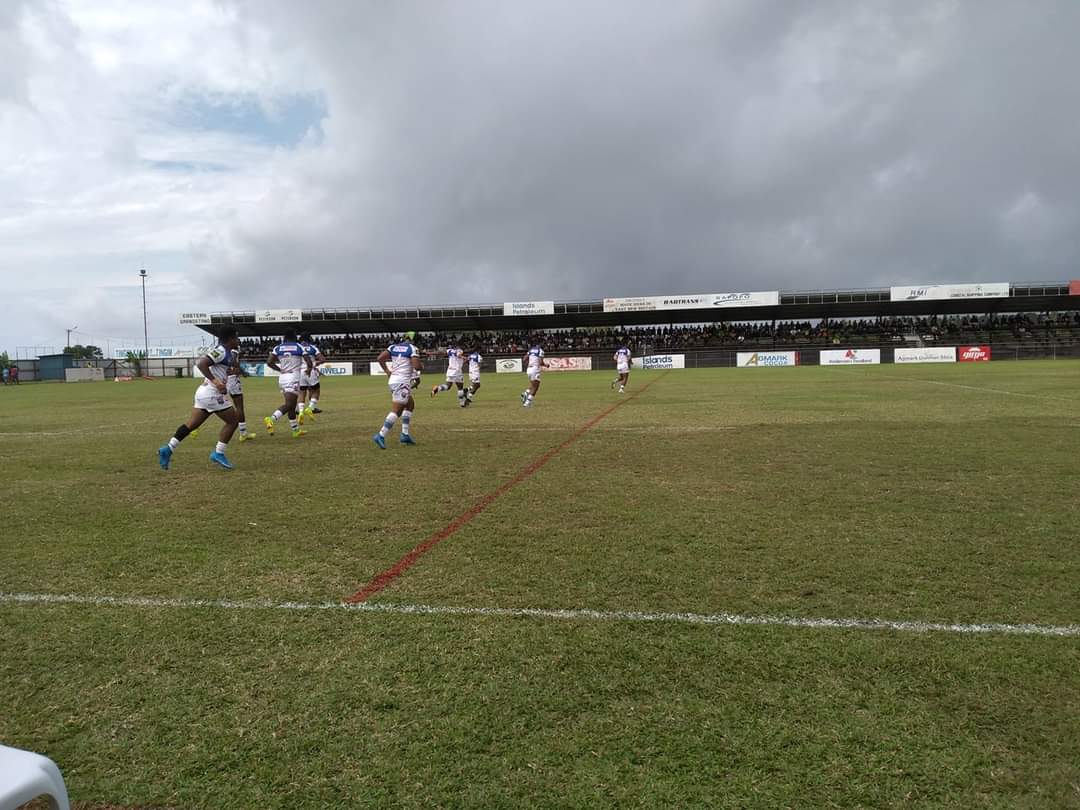 The Rabual Gurias have celebrated their return home to Kalabond Oval with a convincing 32 – 8 win over the Gulf Isou.

The match was the first Digicel Cup game played on the island of New Britain this season after COVID-19 forced the first six rounds to be limited to venues in Port Moresby and Lae.

Playing in front of a limited but vocal crowd, the Gurias’ scored first through Rex Kaupa. Elipas Pidik added the extras to give the team a 6 – 0 lead before the Isou hit back with tries to Makara Hura and Gabby Taune.

Isou’s two point lead remained until late in the first half when Ilias Stanley and Francis Takai crossed in a matter of minutes to give the home side a 14 – 8 lead.

The second half was all Gurias, with Nathan Tente, Roy Elison and Ilias Stanley all crossing to give the team just their third win of the season.