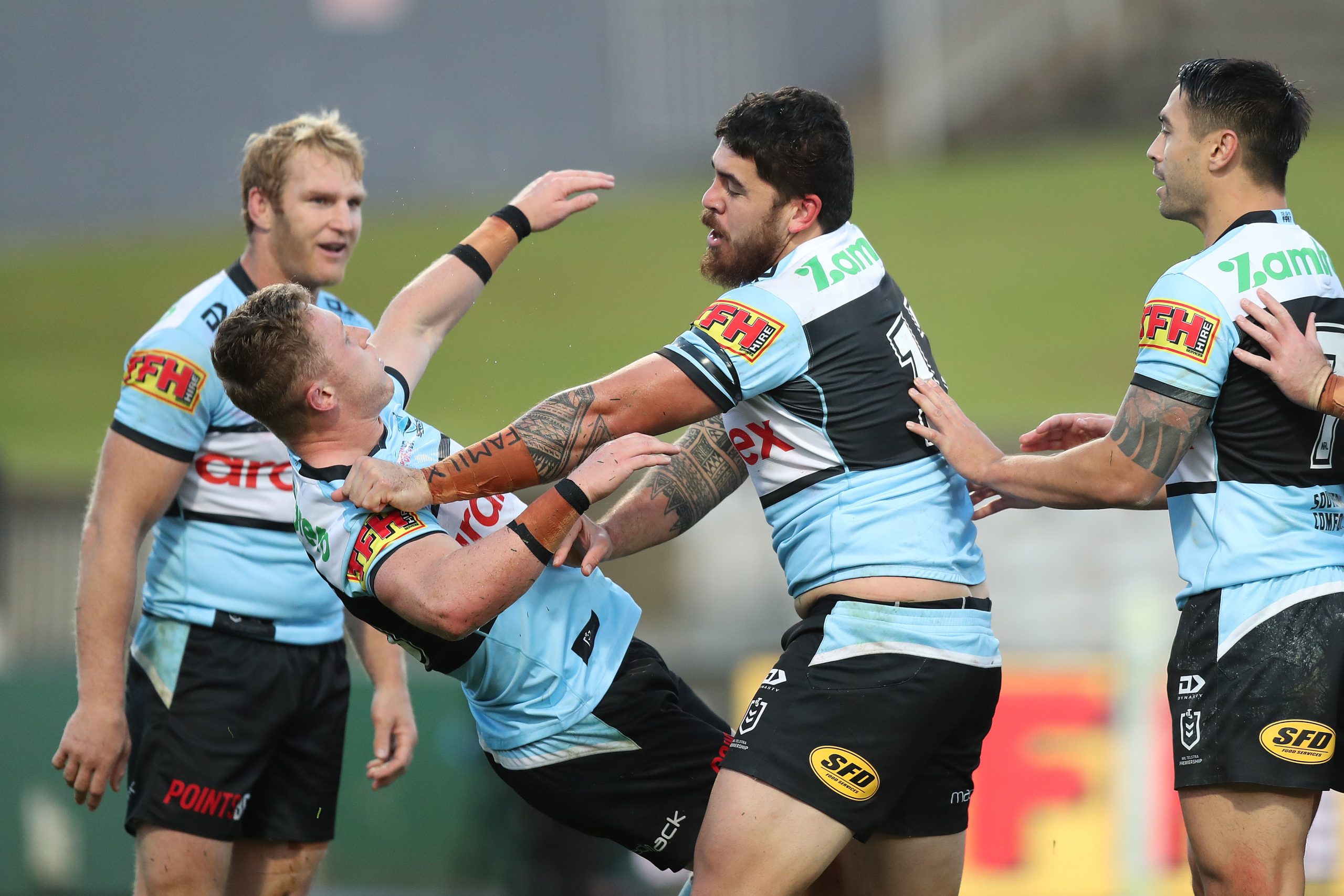 After being widely written off following the abrupt departure of coach John Morris, Cronulla are hellbent on maintaining their “proud history” of making the finals.

And with Josh Hannay now at the helm, the Sharks moved a step closer to extending their playoffs streak to a seventh year with a gritty 20-12 win over the Warriors at Netstrata Jubilee Oval on Sunday.

Cronulla sit in eighth spot – ahead of the Knights on differential – on 16 points, but the Raiders, Titans, Cowboys (all on 14 points) and the Warriors (12 points) are among a mid-table logjam.

But given the Sharks play only two current top-eight teams – the Sea Eagles (6th) and Storm (1st) – on their run home, they look well-placed to defy their earlier knockers and clinch a finals berth.