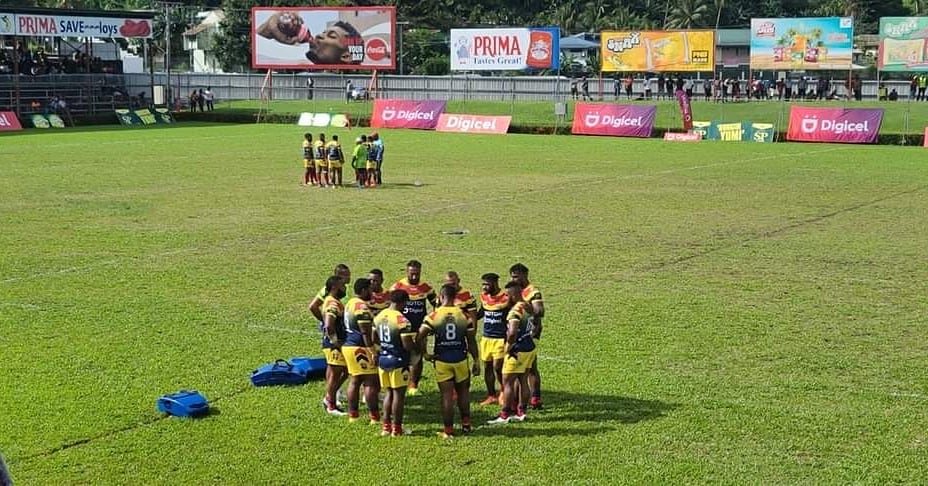 In a thrilling encounter reflective of the top two teams in the competition, the Lae Tigers emerged 28 – 24 victors, keeping their undefeated start to the season going for another week.

The home team started the match strongly, earning an early penalty and try to establish an 8 – 0 lead.

The Wigmen hit back with two quick tries through interchange forward, Tommy Moide, and winger, Rame Wigmen, to establish a 12 – 8 lead, but the Tigers scored their own double before halftime to head into the sheds up 18 – 12.

The Wigmen scored first in the second half via a penalty goal, but the Tigers scored another try to lead 22 – 14 heading into the 60th minute mark.

The Wigmen hit back via centre Junior Igila to make it 20 – 22, but again the Tigers found their way to the line to extend their lead.

Despite a late try to winger Bob Nale, the Wigmen went down by four to suffer their first loss of the season.