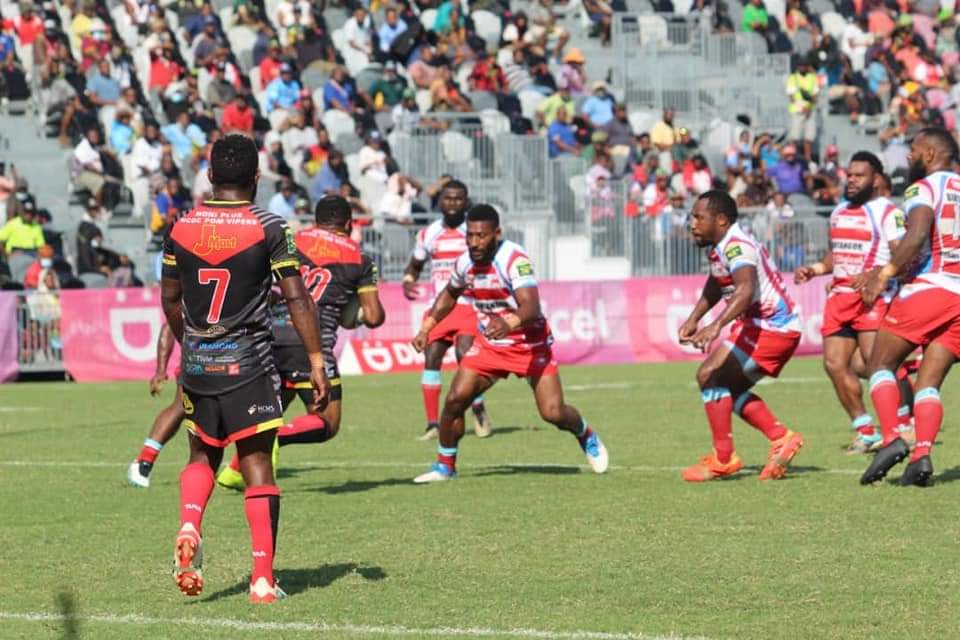 Twenty-six unanswered points to the Port Moresby Vipers in the first half has handed the NCD based team a much sought-after win in Sunday’s Digicel Cup match at the National Football Stadium.

One of the competition favourites pre-season, the Vipers have had a mixed start to their 2021 campaign, with two wins and a draw from their first five matches.

The Goroka Lahanis on the other hand with only one win to their name, a surprise victory over the previously undefeated Mendi Muruks the week before.

Keen to avoid an ambush and in front of their home crowd, the Vipers put on a near faultless first half to setup a 26 – 0 lead at halftime at the National Football Stadium.

The Lahanis scored two consolation tries in the second half to add some respectability to the scoreboard, but were unable to seriously trouble the Vipers who now move to fifth on the Digicel Cup ladder.