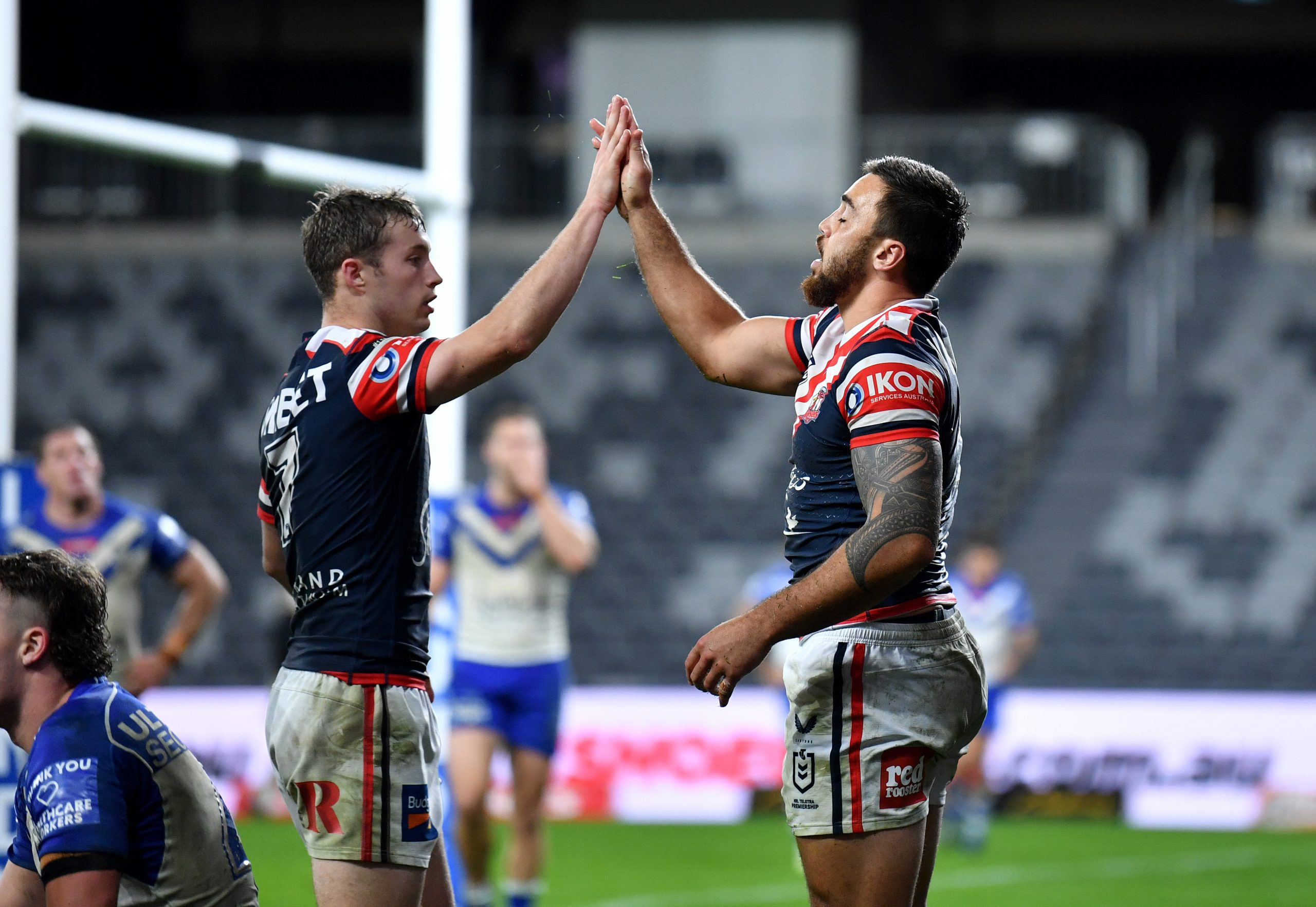 Teenage halfback Sam Walker bounced back from last weekend’s physical hammering against Melbourne to spark Sydney Roosters to a hard fought 22-16 defeat of a brave Canterbury side at Bankwest Stadium.

Walker was left battered and bruised after the Storm targeted him in their 46-0 triumph, prompting calls for him to be rested. But the 19-year-old showed his resilience as he had a hand in two of the Roosters four tries against a much improved Bulldogs outfit.

Leading from the front was skipper Jared Waerea-Hargreaves, who powered through 20 hit-ups for 215 metres to lay the foundation for Walker and five-eighth Drew Hutchison to work off.

Thumped 66-0 by Manly a week earlier, Canterbury overcame a poor start to fall just short of their first win against the Roosters for five years amid some pre-match drama.