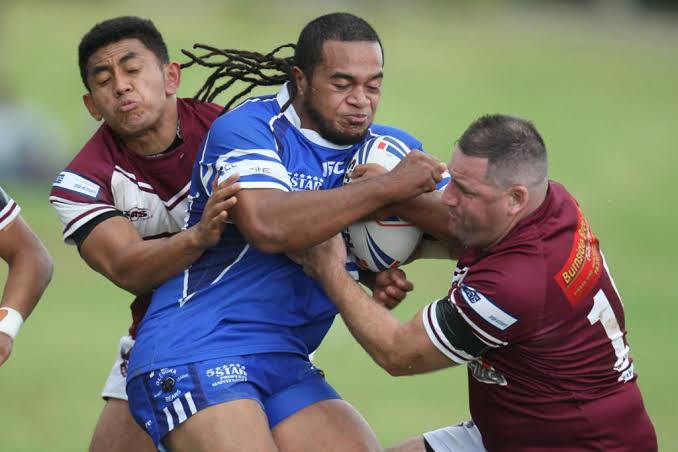 Results from Round Two of the Fox Memorial Premiership, Fox Championship and Sharman Cup competitions.

FOX MEMORIAL PREMIERSHIP:
Pt Chevalier 40 defeated Otahuhu 28
Pt Chevalier overcame a 18-16 half-time deficit to down Otahuhu and extend their 2021 unbeaten streak to 13 games. The Pirates were a much-improved team in the second spell, led by energetic play from dummy-half Tevita Latu and a strong shift by lock Brody Tamarua. Otahuhu battled on valiantly despite losing two players to injury inside the opening 20 minutes at Walker Park.

Glenora 32 defeated Howick 18
The Roope Rooster remains with Glenora following victory over Howick, which saw them outscore the visitors 22-12 in the second half at Harold Moody Reserve. Prop Chase Bernard scored twice for the Bears, while Howick had former NRL and Super League player Anthony Gelling turn out for them

Bay Roskill 16 lost to Mt Albert 26
Mt Albert emerged on top in a tight tussle on the road to Bay Roskill. Scores had been locked up at 16-all midway through the second half, but Mt Albert finished the stronger of the two, with playmaker Josiah Afu among their best performers.

Mangere East 18 lost to Marist 39
Thirty two points in the first half at Walter Massey Park set Marist up for victory over Mangere East. Middle forward Elam Payne starred for the central Aucklanders, who kicked a late field goal to further extend the final scoreline.

FOX CHAMPIONSHIP:
Manukau 34 defeated Otara 6
Samuel Nati’s four tries did most of the damage for Manukau in a win over Otara at Moyle Park. The Magpies had led 18-0 at the break en route to their second win from as many games in the Championship.

Pakuranga 28 defeated Hibiscus Coast 14
Manu Tukia scored twice for Pakuranga as they got up for a home win over the Hibiscus Coast. The Jaguars led 10-0 at the break then dominated the second spell.

Richmond 30 defeated Te Atatu 12
Richmond scored 14 unanswered points in the second half to make it two from two in the Championship. Casey Lafaele and Paul Roache were among the Bulldogs’ best.

Northcote 36 defeated Papakura 26
Northcote got back to winning ways at home to Papakura, helped along by a double to Havyn Ruka-Tepania. The Tigers had led 24-10 at the break before going on with the result.

SHARMAN CUP:
Manurewa 42 defeated Waitemata 28
The Manurewa:Marlins kicked off their Sharman Cup campaign with a convincing win over the Seagulls at home.