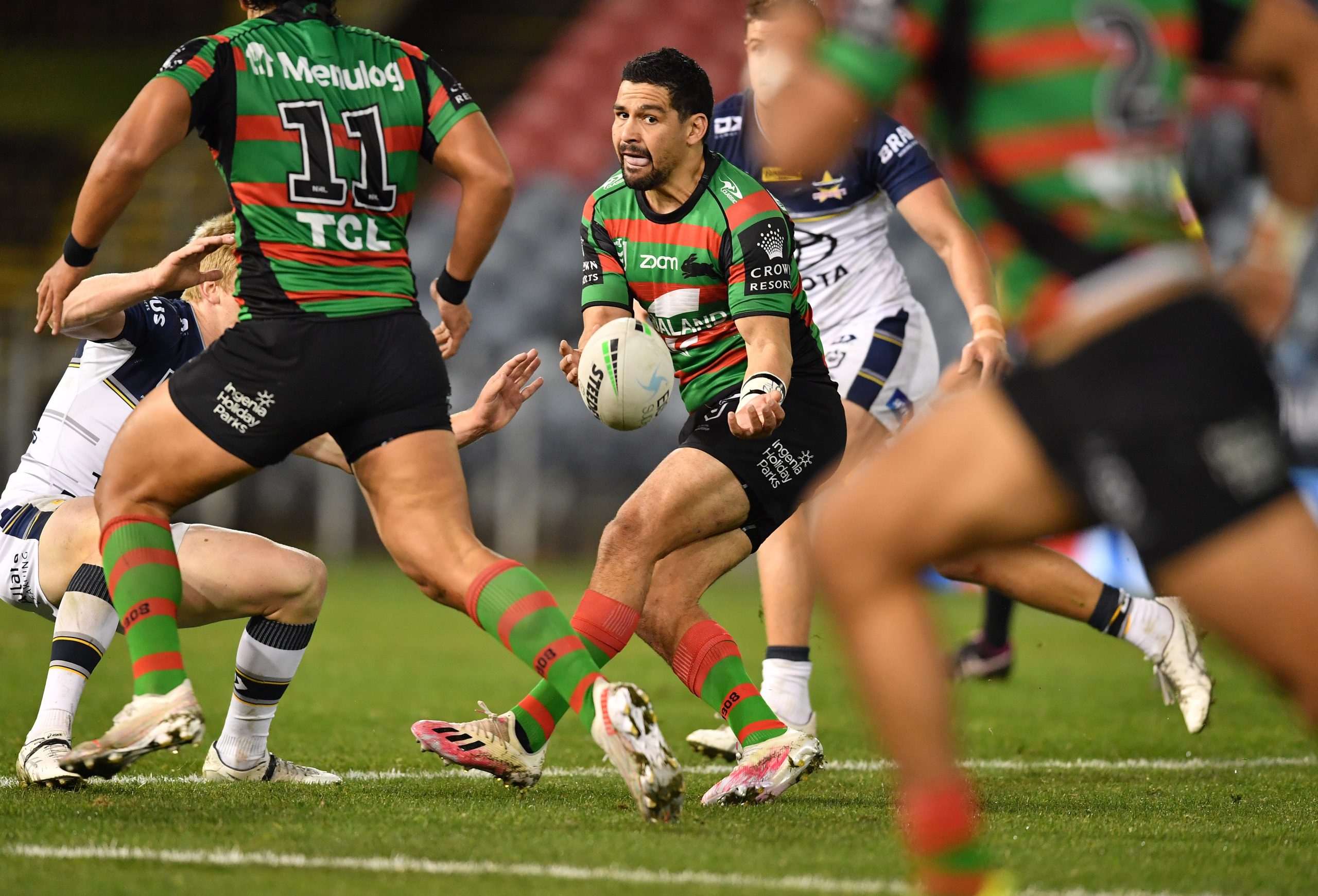 South Sydney playmakers Cody Walker and Adam Reynolds shrugged off the disappointment of being overlooked by NSW selectors to steer the Rabbitohs to a 46-18 annihilation of North Queensland at McDonald Jones Stadium on Friday night.

Playing on the same ground where Origin III will be staged, in front of a crowd of only 3127 on a chilly night in Newcastle, Walker and Reynolds put on a ball-playing clinic as they combined to create five of the Rabbitohs’ eight tries with deft passing and skills on the fringes of the rucks.

Recording their fifth straight win, and sixth on the trot against the Cowboys, the Rabbitohs moved to 28 points and a temporary share of top spot alongside Melbourne and Penrith, who will both collect two points from byes this weekend and move to 30.