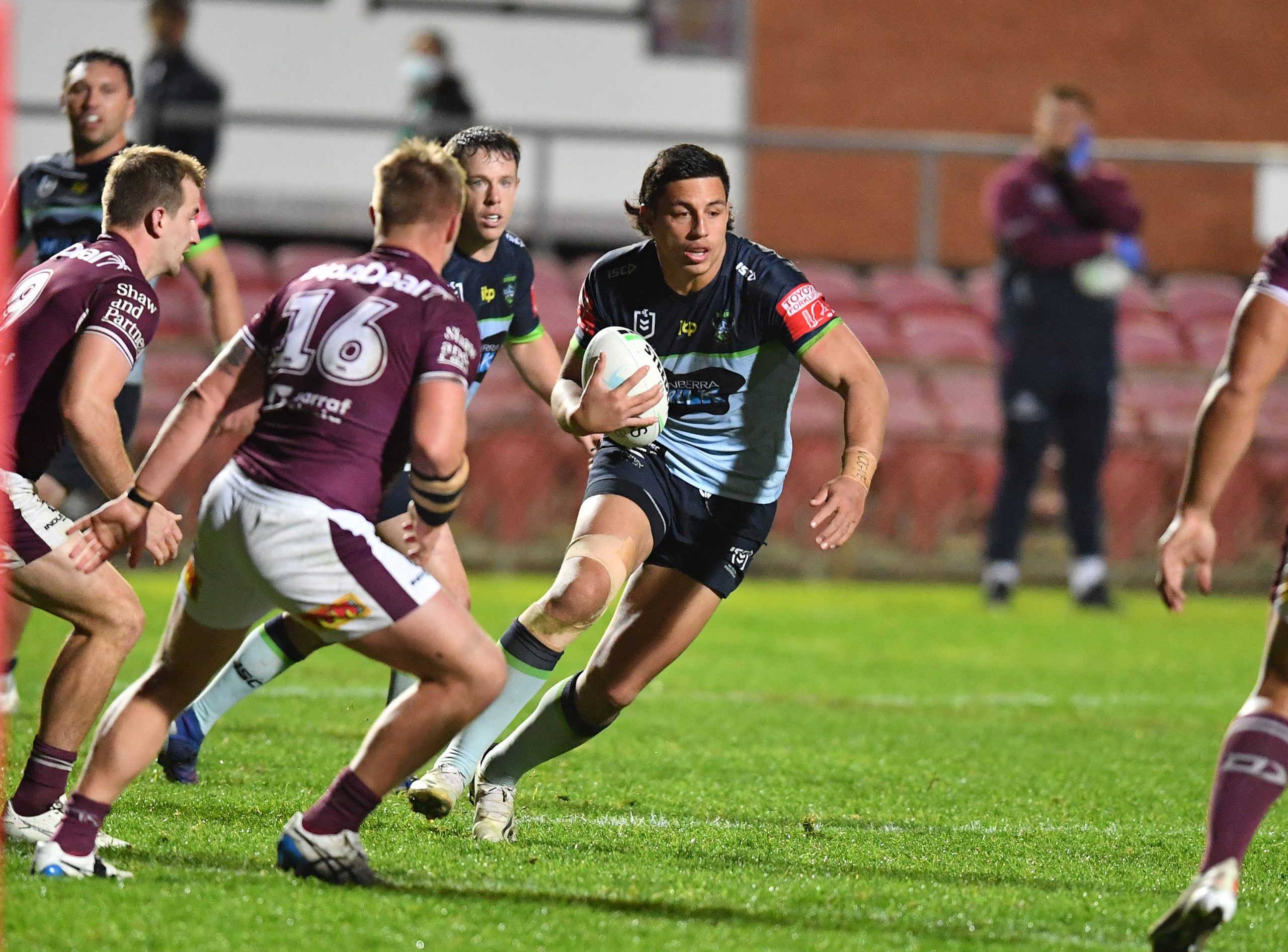 A superb injection from the bench from Joe Tapine and Tom Starling has helped Canberra overcome a shaky start and then a second-half Manly fightback to claim a 30-16 win at 4 Pines Park on Thursday night.

With both sides missing two players on Origin duty, Canberra’ stand-in halves combination of Sam Williams and Matt Frawley – who have spent seasons together as a reserve-grade pairing at the club – turned the screws with their dual kicking games grinding Manly out of the match.

Williams was rewarded with two tries and the pair combined for seven goal-line drop-outs forced after Tapine and Starling dragged the side back into the match after Manly had threatened to blow Canberra away early.

Fullback Xavier Savage was also impressive on his official debut, supplying a safe pair of hands at the back and some excellent kick returns with just over 100 meters, three kicks defused and a try save and just one ill-timed handling error to blot his copybook in a performance that likely earns him another game next week.