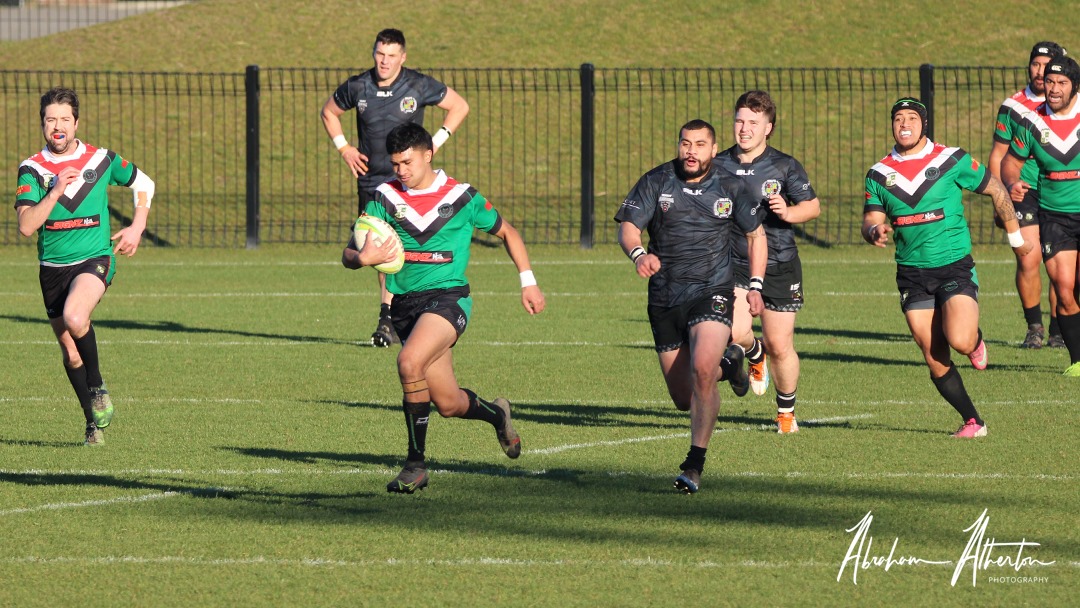 Linwood has returned to top spot in the Bartercard Canterbury Men’s Premiership after the Keas handed the Hornby Panthers their first loss for season 2021.

In a thrilling encounter at Ngā Puna Wai, the Keas held off a fast finishing Panthers to win 30 – 24 after leading 18 – 8 at halftime. Thanks to a superior for and against, the Keas now hold top spot, with both Linwood and Hornby sitting on ten wins, one draw and one loss after twelve rounds.

In the other matched played over the weekend, the Celebration Lions moved into the top four following their 52 – 12 victory over Riccarton Knights at Cuthberts Green. The loss ends the Knights slim Finals hopes as the team slipped to seventh on the Premiership ladder.

The Halswell Hornets sealed their return to Finals Football with a 30 – 16 win at Halswell Domain. Down 16 – 10 at halftime, the Hornets scored 20 unanswered points in the second half to secure third spot on the Premiership ladder.

In the other match played, the Eastern Eagles kept their playoffs hopes flickering with a 42 – 10 defeat of Papanui Tigers. The sixth-placed Eagles led the winless Tigers 22 – 6 at halftime and went on with the job to join the Bulldogs on 10 competition points.

With a sizeable for-and-against deficit to overcome, the Bulldogs and Eagles effectively must win their remaining two games and hope the Lions lose both of theirs if they are to alter the current top-four picture.