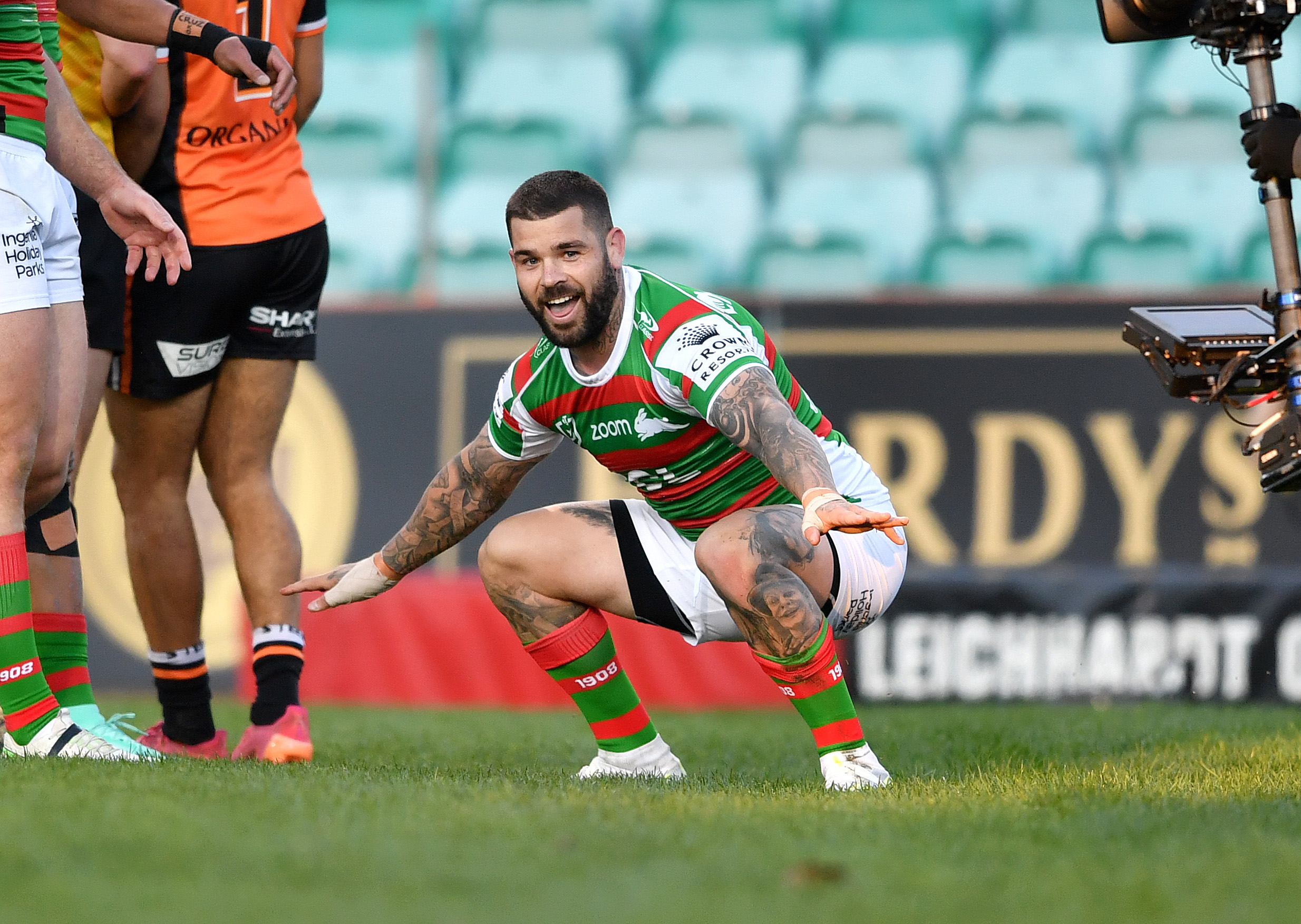 Reynolds red-faced over no-try as Rabbitohs roll past Tigers

Adam Reynolds ran himself into the record books one minute, the blooper reel the next and potentially a sky-blue jersey by game’s end.

The Tigers, they ran out at least. Aside from that, Michael Maguire’s side did little else as they mounted the bare minimum of resistance for 40 minutes.

It made for 26 unanswered Rabbitohs points, Reynolds more guilty than most in leaving a try on the table by running dead in-goal as he planted the Steeden.

His blushes proved nothing compared to those of the Tigers.

A second-half flurry of consolation tries and the eventual 38-22 scoreline flattered the Tigers far more than they deserved.