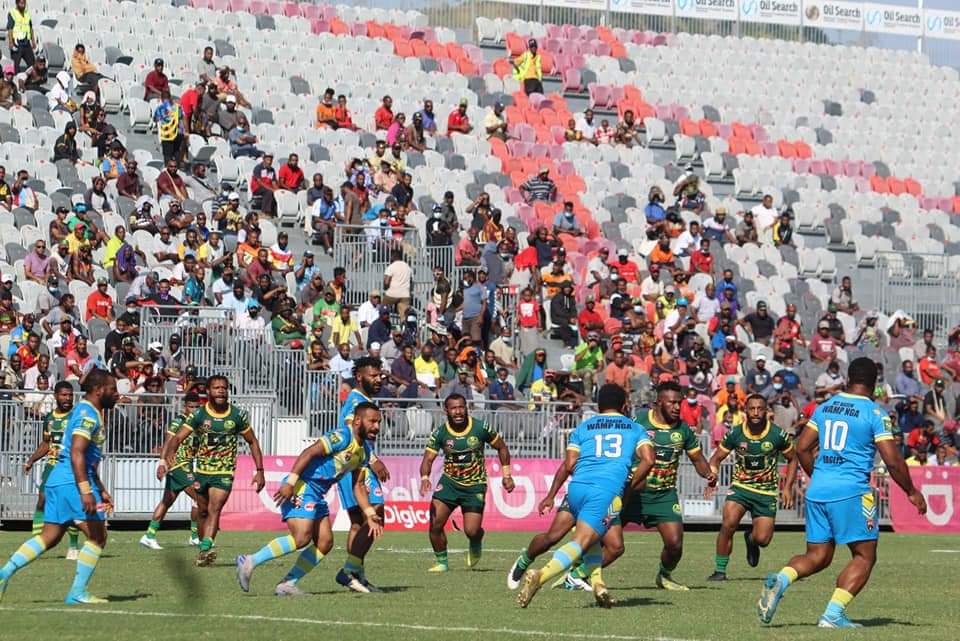 The Mt Hagen Eagles have moved into the Digicel Cup top five following their win over the Enga Mioks in Port Moresby on Sunday.

After losing their opening two matches of the season, the Eagles have won the last three to sit equal with the fourth place Waghi Tumbe who also won on Sunday.

In Sunday’s second match at the National Football Stadium, little separated the Mioks and Eagles, with Mt Hagen only leading 10 – 6 at halftime before wrapping up the game 21 – 16.