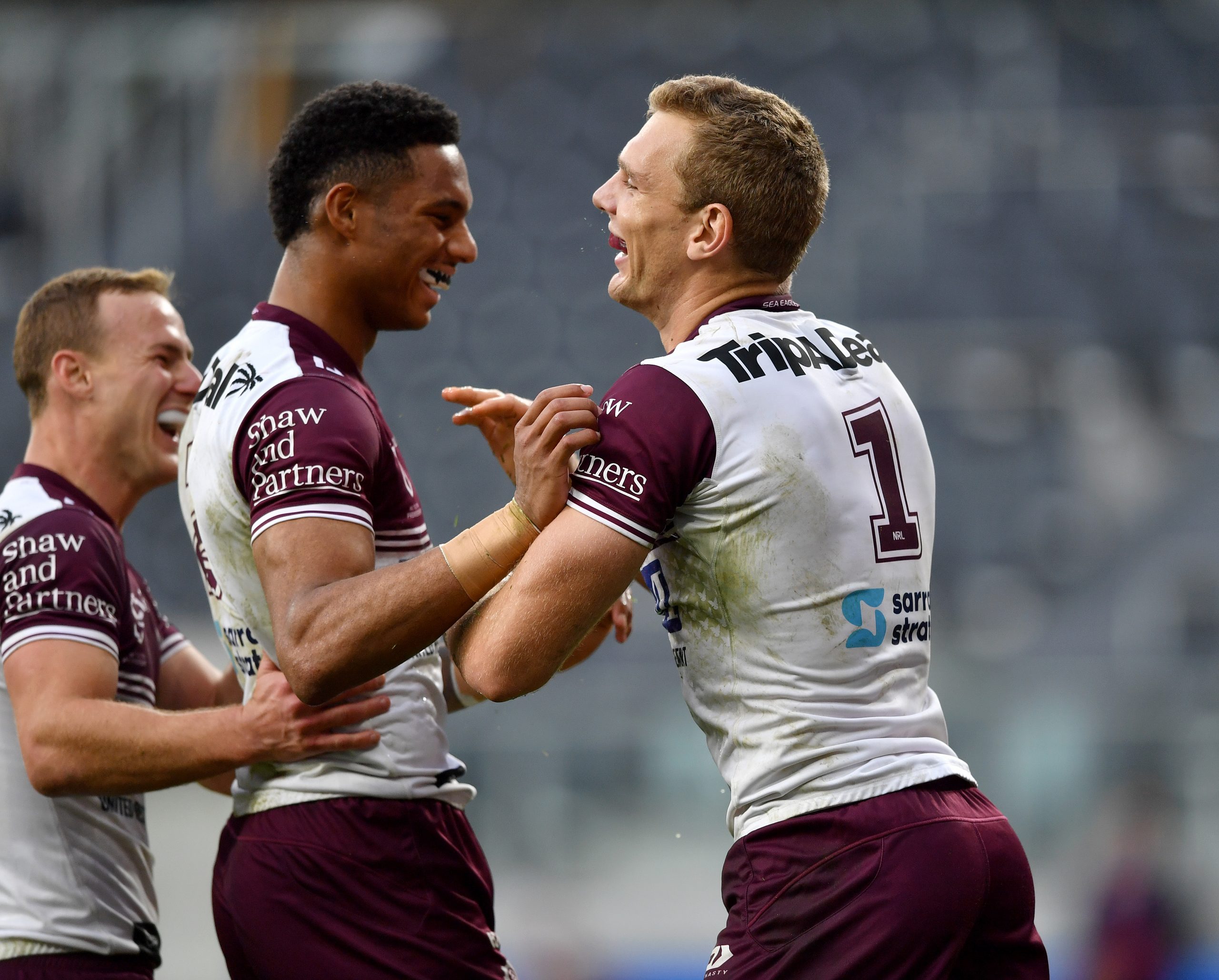 Tom Trbojevic and Jason Saab scored hat-tricks and Reuben Garrick equalled Manly’s record for the most points in a match as the Sea Eagles romped to the biggest win in the club’s history with a 66-0 defeat of Canterbury at Bankwest Stadium.

Trbojevic grabbed first half tries, while Saab scored the last three of the match and Garrick finished with 30 points from 11 goals and two tries. That equalled the records of Ron Rowles (1954) and Matthew Ridge (1996) as Manly eclipsed their 70-7 defeat of Penrith in 1973 as their biggest club win.